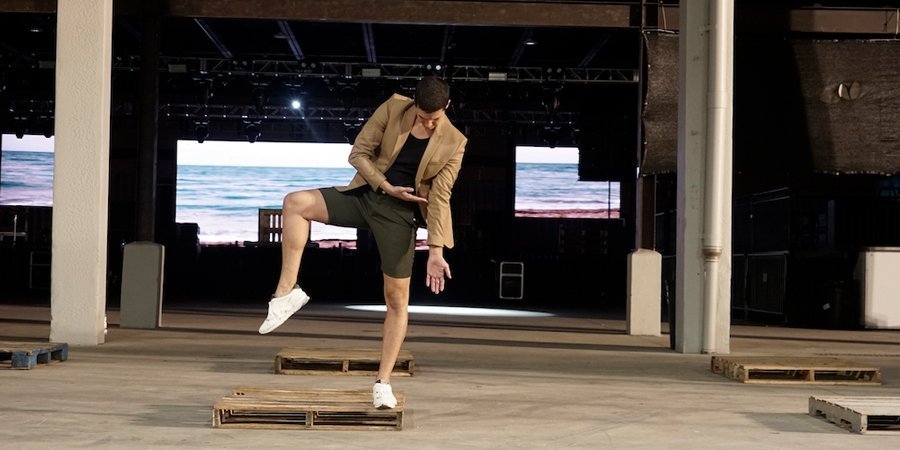 As the launch night inaugurating The Hudson Eye series of public programs and urban showcases, long-time friend of Basilica Jonah Bokaer of Hudson will host an innovative evening of contemporary dance and performance, in partnership with renowned visual artist Rachel Libeskind, also based in the Hudson Valley.

The Hudson Eye is an artist-driven, 10-day public program and urban showcase, with a focus on dance, music, performance, film, visual art, dining out and nightlife. The Hudson Eye curatorially frames 20 local and visiting artists, with performances, exhibitions, and talks highlighting ten issues of mutual interest to the local community, with a “dine around” series as well.

In the words of Jonah Bokaer:
“As a Hudson resident, my nonprofit organization aims to catalyze a local artist-driven program to amplify local and newcomer artists’ voices in Hudson, in partnership with the local venues we all hold dear. For nearly 200 years the Hudson area as been a source of inspiration for artists, and The Hudson Eye pays tribute to our creative sanctuary, and many communities that are our Hudson.”

The program commences daily with the Hot Topics series, an open forum taking place in the West Room of Hudson Hall, each day at 1:00pm. This intuitive conversation series will cover a milieu of topics that relate to both Hudson and global issues at hand, hosted by local project managers in town, and rotating guest speakers including: Ned Sullivan (Scenic Hudson), Carrie Wilkens (Center for Motivation and Change), Rob Bujan (Local Representative), Martin Lemos (National Young Farmers Coalition), Sean Kelly (Gallerist and Founder of “Collect Wisely” Series), and many others. Following these salons, attendees are invited to visit performances, screenings, and exhibitions around Hudson throughout the week with a specific event each night at 7:30pm.

About the Producing Partner
Jonah Bokaer Arts Foundation is a 501(c)3 nonprofit organization which oversees both the choreography and art spaces of Jonah Bokaer. Through the support of its Foundation Board, generous donors, and foundation grants, the organization has triumphed in fulfilling its dual mission: which is to foster the development, research, and presentation of new performance works across disciplines, while establishing affordable art spaces for a diverse community of artists. Art spaces and venues include Chez Bushwick (2002) and CPR (2008) in Brooklyn, NY and a new venue, Space 428 (2016) in Hudson, NY. Jonah Bokaer Arts Foundation serves a community of 1,500+ local artists, supporting the next generation of performing arts talent.

About the Producing Company
Jonah Bokaer Choreography has cultivated a new form of choreography merged with visual art and innovative design, established in 2002. Tunisian-American, Jonah Bokaer is the author of 60 new works, produced in 34 nations, 27 of the United States, and 292 cities – including 41 Museum Exhibitions. Earned and contributed funds to Jonah Bokaer Choreography between 2002-2019 have realized three permanent art spaces, creating more than a dozen diverse jobs and securing more than $11 million in earned and contributed funds to sustain the organization’s mission: which has included CPR since originally incorporating.