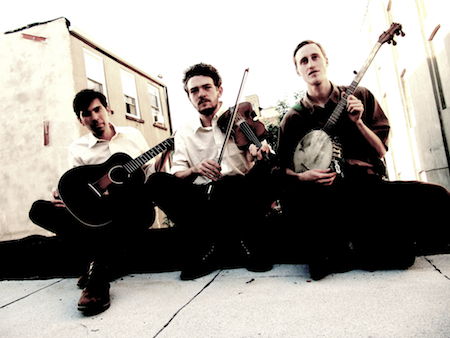 MARY JANE STORY, John Cohen, 5 min.
Follows the story of appalachian folk artist Mary Jane Holcomb and her passion for quilting.  The film inspired by the beauty of the quilts hanging up on laundry lines in eastern Kentucky when the first frost came which Cohen witnessed in 1962.  Cohen has said that, “The relationship between the music and the visual… worked for me” adding that “the color of the quilts was striking in contrast to the harsh living conditions he identified in the region, where strip coal mining was a common practice”.

ROSCOE HOLCOMB: FROM DAISY KENTUCKY, John Cohen, 30 min.
John Cohen has taken unused footage from that session and several others to create a compelling new movie, “Roscoe Holcomb From Daisy, Kentucky.” It is the anchor of a definitive new DVD called “The Legacy of Roscoe Holcomb” that also features other rare video of performances and a copy of the original 1962 movie. Holcomb was the “high lonesome” singer of eastern Kentucky, a man whom performers from John Cohen to Bob Dylan to Eric Clapton revered as a source of spare, original mountain music and the hardship behind it. His voice, which reached almost into falsetto at times, told of work and pain and wondering — stoicism and emotion delivered by a man on a porch with his banjo and the traditions within him. In the early 1960s, Cohen, a musician and historian, traveled to Kentucky to film a stark, black-and-white movie about Holcomb called “The High Lonesome Sound.” It helped propel the aging Holcomb into a career that took him away from manual labor and, for a time, into a world of performance where people appreciated him for his music.

« Basilica Screenings: October
We are now closed for the Season… »