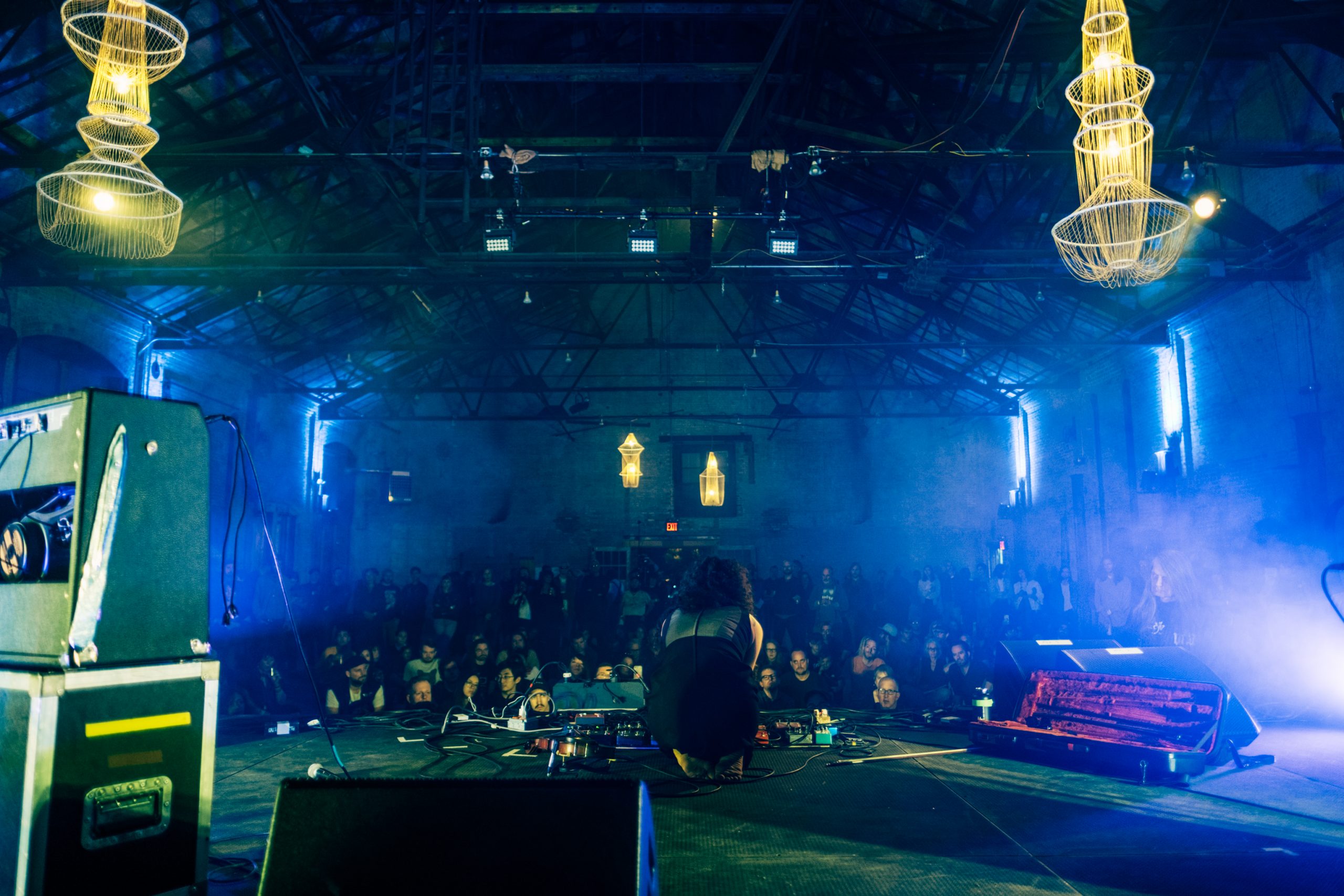 For 2019, sculptor Austin Ballard pleated, draped and piled lampshades into cascading totemic forms suspended from the rafters in Basilica Hudson’s Main Hall – pictured above. With thanks to River Valley Arts Collective. In the West Wing and entry, artist, musician and DIY underground veteran Sam Ryser presented his unmistakable visual aesthetic through a selection of his work crafted both within and outside of the music world, from custom wearable pieces to show posters and album artwork. Presented by Sacred Bones. 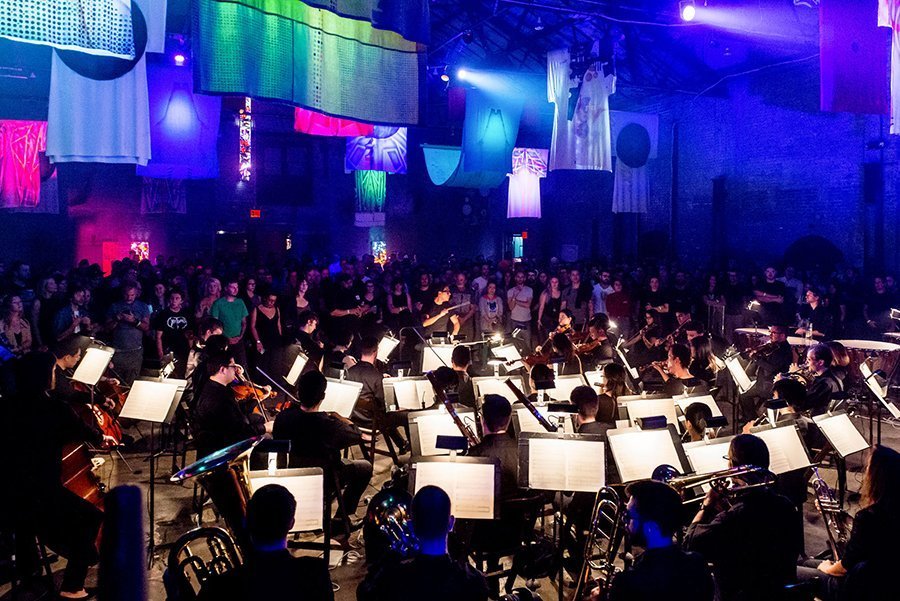 Laleh Khorramian‘s installation filled the Basilica Main Hall, including the background of the performance stage. In one of her largest immersive works to date, the installation showcased Laleh’s over-size anaglyphic kimono series, each hand-painted, lit, and moveable. Throughout the evening, Khorramian’s army of suspended forms rotated via a mechanical motor, filling the open air of the hall with ghost-like forms acting in a moveable play of space and time. Also featured on the back wall of the space were Khorramian’s sculptural light boxes, each layered and mono-printed to create the effect of futuristic stained glass. 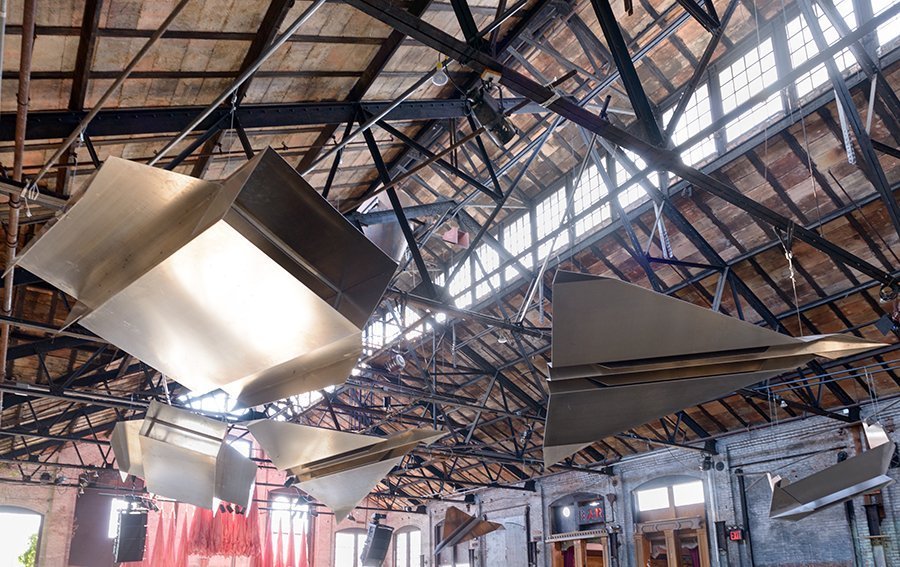 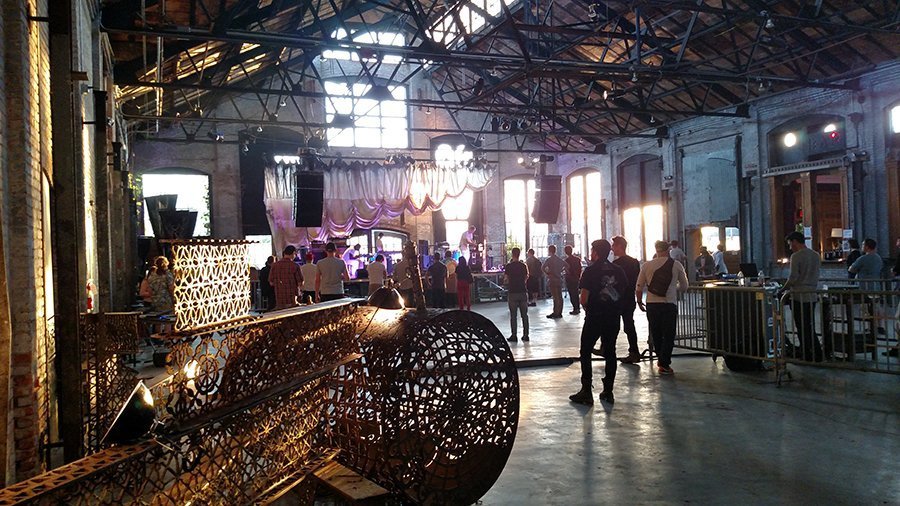 Working with the raw architecture of the factory’s steel beams and industrial artifacts, Cal Lane installed her rusted and cut i-beams, oil barrels, and steel drums. Cal’s sculptures were installed both inside and and outside Basilica, and the oculus window in the North Hall was aglow with a looping video of Cal’s welding, shot from the inside of one of her oil barrel sculptures as she welded it into shape. 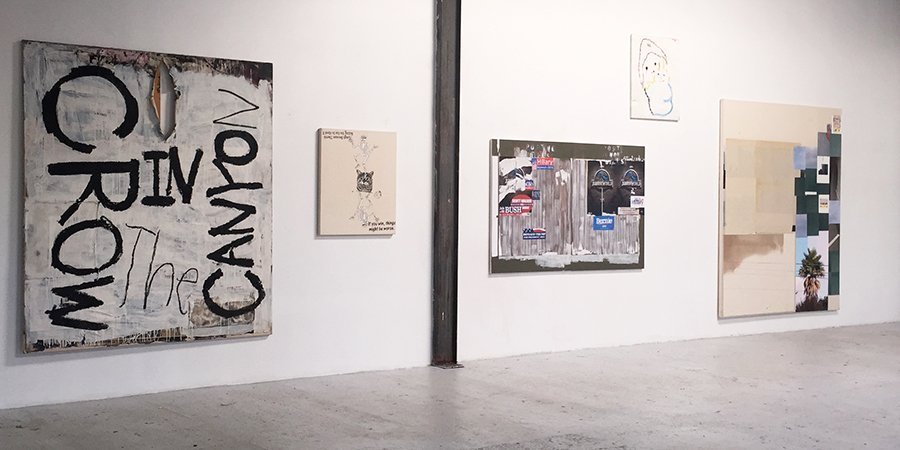 The Now Forever curated by Michael St. John with Tyler Moore, Carol McCranie and Javier Magri group exhibition brought together thirteen inventive artists whose work looks towards the new and progresses into the future. 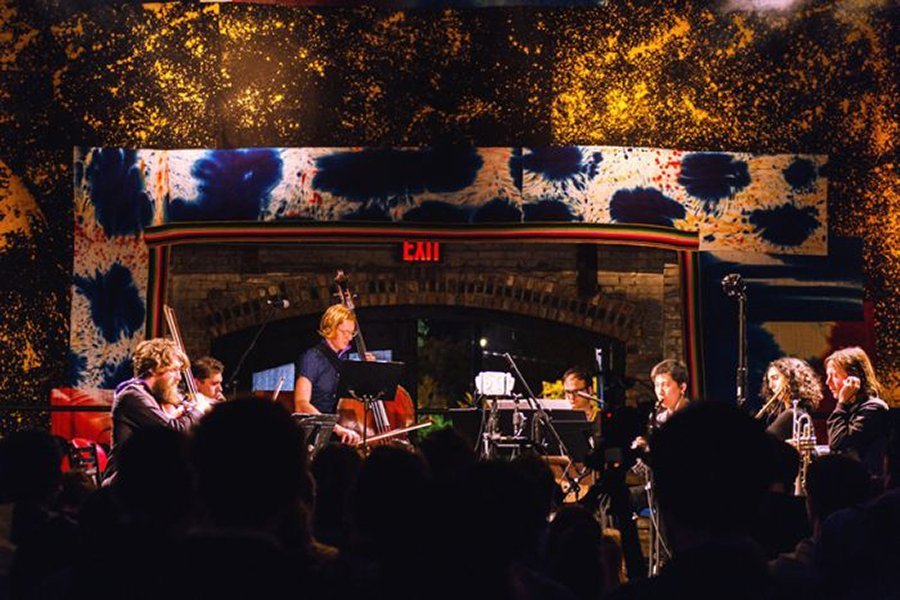 One of the art world’s most controversial and successful artists, Sterling Ruby‘s stage was the ultimate backdrop to a weekend of music featuring the likes of Swans, Deafheaven, and White Lung. Possessed of a profound material sensibility, Sterling Ruby’s art speaks in a language inspired by sub-cultural phenomena ranging from graffiti, urban gangs, and prison systems, to craft and the history of quilt-making. 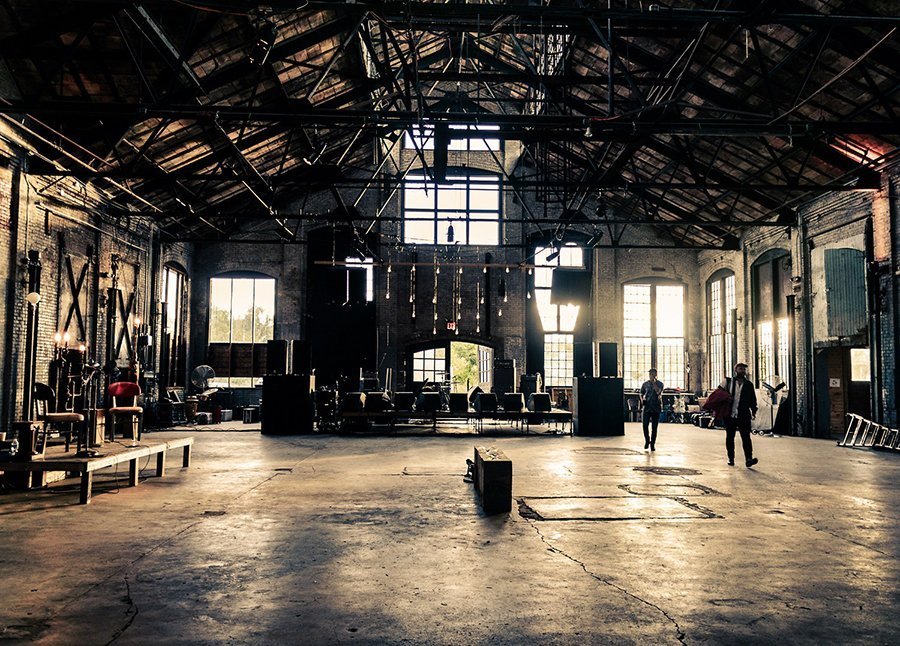