Sharing the Power of the Big Screen 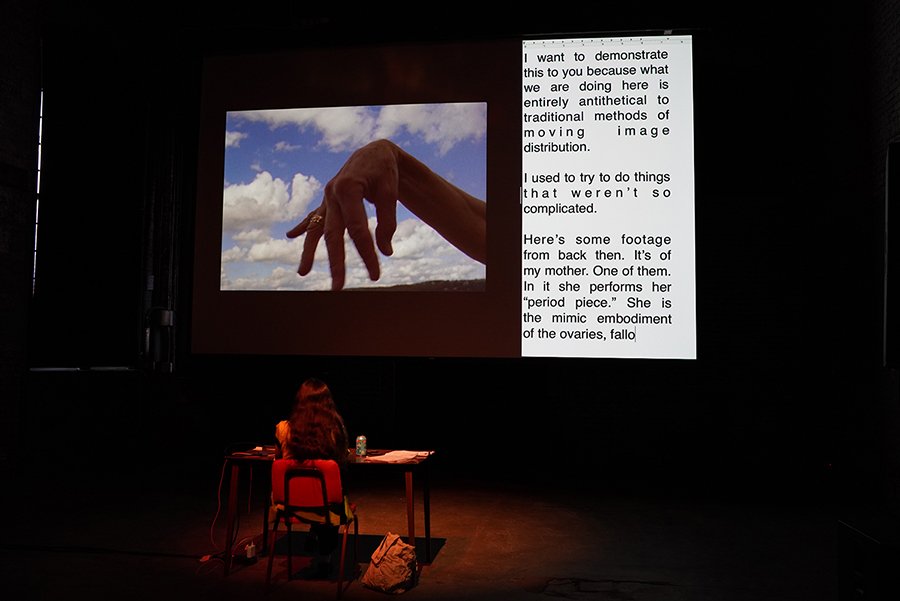 With 2019 drawing to a close, we’re taking a look back over the independent voices that rang through our reclaimed industrial solar factory walls this season. As we approach the turn of the new decade, we need your support to help keep our non-profit art programs FREE and INNOVATIVE.

In 2020 Basilica Hudson turns 10. While we’re hard at work behind the scenes pulling together an exciting program of music, art and film and an expanded mission that will harness the thriving creative economy in the region, we ask you to consider making a tax deductible donation to Basilica’s year-end appeal. Every dollar donated enables us to provide a platform for the voices that move us, and to bring people together in the transformative, connecting power of art and community.

Over 85% of our programs are free to attend, including our entire summer film series for adults and kids. In 2019, our long-standing Basilica Non-Fiction Screening Series returned, celebrating the educational and emotional power of documentary film and touching on subjects as broad as genre-smashing punk pioneers Brainiac and the propaganda machines used to warp and skew our democratic process. We were also proud to host Hudson-based filmmaker Zia Anger for a hybrid-performance-screening of her work MY FIRST FILM, which has since been named one of the New Yorker’s Best Movies of 2019.

Film is at the heart of our programming and we truly believe in the power of the shared big screen experience. It is for this reason that, for our 10-year anniversary, we will be building on the grassroots work we have been doing for a number of years and will be forefronting the climate and energy crisis in our film program. We will be selecting films that tackle this critical threat to our planet, and will be partnering with organizations whose vital climate work needs our energy and support. Your tax deductible donation can help us realize our dreams of presenting such a program.

In 2019, we were proud to continue to present the work of film-maker Jon Bowermaster, who is a long-standing ally of Basilica’s green mission. We also partnered with our friends at Berkshire International Film Festival to present a selection of the best documentaries from their 2019 program. We brought back our annual Basilica Free Family Matinee Series, working in partnership with our neighbors at Hudson Area Library and Hudson Youth Center to present a selection of shorts from New York International Children’s Film Festival, alongside the incredible short film work of the Library’s Hack The Library summer youth program.

We’re a small team and, like all Basilica programs, our film program has come together with the help of many like-minded friends and partners. Our 2019 program was made possible, in part, thanks to support from the New York State Council on the Arts with the support of Governor Andrew M. Cuomo and the New York State Legislature, and the Alexander & Marjorie Hover Foundation. For our 10 year anniversary, your additional support will help us honor their generosity with our biggest and best season of film programming.