Thanks for joining RUFUS WAINWRIGHT in supporting Basilica! 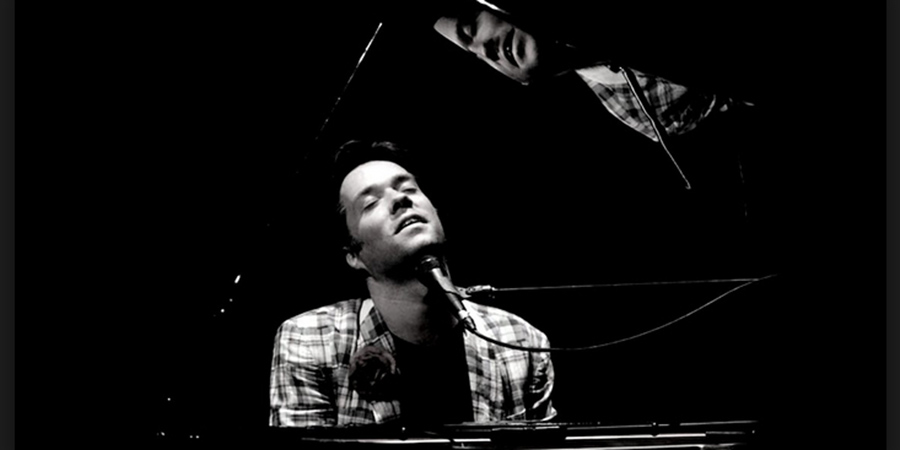 Join Basilica Hudson for a special fundraising event featuring extraordinary singer-songwriter Rufus Wainwright performing live in our raw industrial church. The event will begin with a conversation between longtime friends Wainwright and Basilica Hudson Director and Co-Founder, musician Melissa Auf der Maur, who grew up together in the vibrant culture of Montreal.

Their conversation will act as a backdrop for the evening, advancing the organization’s mission and vision while setting the stage for what promises to be an epic grand piano performance by Wainwright in our industrial church. Embodying the kind of free and fearless artistic path that Basilica Hudson strives to support, Wainwright’s singular musical gift is symbolic of the organization’s dedication to present an always-vibrant roster of art and community programs.

Wainwright’s performance will take the crowd back to his roots of raw, intimate performances in Montreal’s dark piano bars decades ago, a monumental period of creative freedom when Wainwright and Auf der Maur found themselves and their voices in music, propelling them into a lifetime of friendship and commitment to the performing arts.

The performance will provide the audience with a striking juxtaposition to Wainwright’s recent extravagant performances of Judy Garland with full orchestra and touring with his Prima Donna opera, as well as his newest album Take All My Loves: 9 Shakespeare Sonnets. We are thrilled to announce Wainwright coming to Hudson on the heels of his ambitious Carnegie Hall concert.

This special event on October 22 is part of Basilica Hudson’s Pioneering People Series, a bi-annual program celebrating pioneering artists across a range of disciplines, and including a benefit performance. The inaugural program featured the one man show of visionary filmmaker and one-of-a-kind personality John Waters.

Rufus Wainwright, one of the great male vocalists and songwriters of his generation, has released seven studio albums, three DVDs, and three live albums. He has collaborated with artists ranging from Elton John, David Byrne, Mark Ronson, Joni Mitchell to Burt Bacharach. At the age of 14 he was named Canada’s best young musician and later received the Juno Award for Best Alternative Album. His album “Rufus does Judy” recorded at Carnegie Hall in 2006 was nominated for a Grammy.

His acclaimed first opera, Prima Donna, premiered at the Manchester International Festival in July 2009 and has since been presented in London, Toronto and BAM in New York. In 2010 Wainwright was commissioned by the San Francisco Symphony to compose and interpret “Five Shakespeare Sonnets,” a five-movement song cycle that sets Shakespeare’s “Sonnets” to orchestra and voice. They have since been performed worldwide by orchestras including the Chicago and Montreal Symphonies.

In 2010 he was the first artist to complete a 5 concert residency at the Royal Opera House Covent Garden in London. In Sept 2014 he had his debut with the London Proms at Royal Albert Hall and performed at the Last Night of the Proms in the Park.

Other achievements include the 2012 world premiere of Sing Me The Songs That Say I Love You: A Concert for Kate McGarrigle, the feature length music documentary that captured the May 2011 tribute concert honoring Rufus’ late mother, the legendary Kate McGarrigle. In 2013 he sang for Billy Joel at the Kennedy Center Honors in Washington and the fall of 2015 saw the Deutsche Grammophon release of a double CD/vinyl recording of Prima Donna with the BBC Symphony Orchestra. Deutsche Grammophon will also be releasing an album of Shakespeare Sonnets set to Rufus’ music on April 22, 2016 in celebration of the 400th Anniversary of Shakespeare’s death.

The Canadian Opera Company commissioned Wainwright’s second opera, about Roman Emperor Hadrian, to premiere in Toronto in the Fall of 2018.