Kinema Nippon and Basilica Hudson presents NIPPON RE-READ: RADICAL FRAGMENTS AND ABSTRACTIONS FROM JAPAN at Basilica Hudson on Friday, September 30, 2011 at 8 pm (doors 7:30). This program was curated by Aily Nash and Nine Yamamoto-Masson and is part of a series of programs in the Kinema Nippon benefit project. Aily Nash will be present to introduce the program and for a Q&A after the screening.

A spectrum of experimental moving image works from Japan, ranging from late-60s to contemporary works, are presented in Kinema Nippon’s two-part program. Although varying greatly in their formal and aesthetic concerns, the works all rigorously reexamine the everyday through their respective experiments and innovations in their medium.

The works in this program offer a poetic investigation into the fragmentary experience of the quotidian by eschewing narrative and rendering cultural images and references to unveil the uncanny within the familiar. Tomonari Nishikawa’s in-camera manipulation of bustling metro hubs in SHIBUYA-TOKYO and TOKYO-EBISU (2010), as well as Kano’s pensive meditations on quintessential Japanese subjects, form a counterpoint to Toshio Matsumoto’s split-screen filmic hallucination of the late-60s underground, FOR THE DAMAGED RIGHT EYE (1969), which was made in conjunction with his seminal feature FUNERAL PARADE OF ROSES (1969). 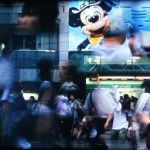 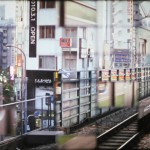 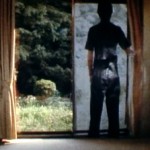 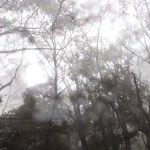 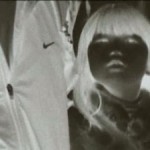 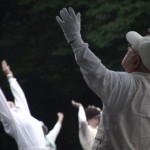