130919 • A Portrait of Marina Abramović, a 3-D installation by Matthew Placek

Reservations can be made HERE 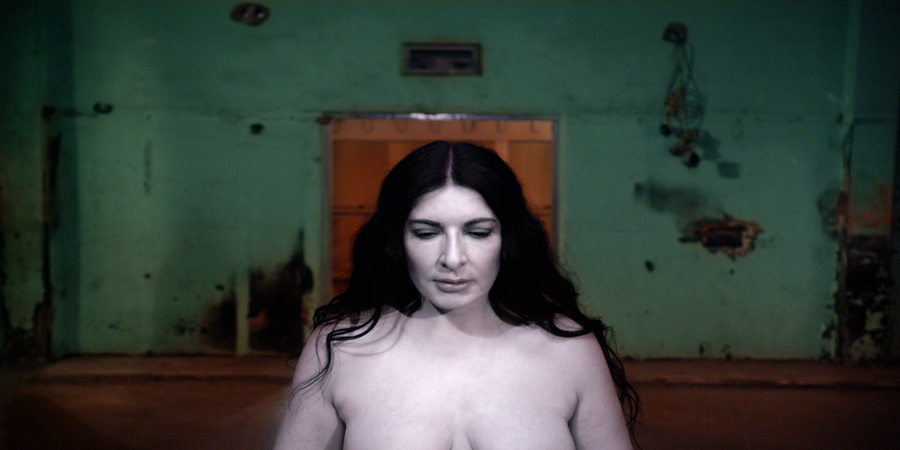 Second Ward Foundation and Basilica Hudson in association with VISIONAIRE FILM presents Matthew Placek’s 3D moving portrait, 130919 • A Portrait of Marina Abramović, an immersive site-specific installation. The work, originally created in the town of Hudson, will be installed in the Second Ward Foundation’s ground floor at 71 North 3rd Street, and will remain over the course of 3 weeks. Screenings are every 15 minutes to groups of 4 by reservation. June 10th – June 26th Thursday – Sunday from 12-6PM and by special appointment Monday – Wednesday. The exhibition is free and open to the Public.

130919 • A Portrait of Marina Abramović is artist Matthew Placek’s debut work in his series of 3D video portraits. The moving portraits extend Placek’s ongoing pursuit to immortalize his subjects’ past, present, and future in a single composition. Shot in one take and without dialogue, these short films offer rare, uninterrupted moments with artists as they interact with surroundings meaningful to each of them. 3D cinematography enhances the intimacy of the vignettes, further collapsing the space between the viewer and the subjects’ essential natures. At the core of Placek’s artistic practice is a considered admiration for his sitters.

In 130919 • A Portrait of Marina Abramović, Placek forges an honest depiction of the artist’s creative and emotional energy. For this piece and throughout the series, Placek’s close personal relationship with his subjects and their work inform the authenticity of the moving portraits. Placek sets Abramović in the center of an expansive, crumbling room that will become the Marina Abramović Institute in Hudson, a space serving as the performance artist’s legacy. Both are exposed, strong, and marked with history. As the camera pans out, figure and environment fuse, invoking the arc of the artist’s life, her transitional state, and the promise of renewal.The video portraits are created in an edition of 5 and a 50” x 60” C-print in a edition of 8.

Groups of 4 people will be admitted into Second ward’s recent restored auditorium every 15 minutes. Amidst an immersive soundscape, visitors will be permitted to explore the ground floor spaces of the former elementary school. Surrounding the auditorium are four rooms frozen in time that previously served as classrooms. These spaces are experiencing their own rebirth to become galleries for future exhibitions. Four individual viewing stations provide a full stereoscopic one-on-one screening of 130919 • A Portrait of Marina Abramović in each of the 4 spaces.

The work premiered at Art Basel Miami Beach in December 2013 to much acclaim as a site-specific installation in the National YoungArts “Jewel Box” building and was later presented at the National Monument Fort Jay on Governors Island in September of 2015. The film was an official selection of numerous film festivals including the Sundance Film Festival’s “New Frontiers,” the Toronto International Film Festival and the AFI Festival in Los Angeles. This work was made possible by the generous support of The Rockefeller Brothers Fund, The National Young Arts Foundation, The Knight Foundation and Executive Producers VISIONAIRE Film.

Located in the Hudson Valley, Second Ward occupies the former Charles Williams School in Hudson, NY. Designed by M.F. Cummins and completed in 1924, the building originally accommodated 480 elementary school students. It is now being repurposed into a cultural institution including an education center, auditorium and art galleries. The foundation also loans artwork from its collection to regional, national and international Institutions. For more information about Second Ward Foundation visit their website.

Born in Ohio, Matthew Placek relocated to New York City in 1997 to pursue his interests in photography, video, and installation. His commitment to capturing presence, whether as a sense of place, the passage of time, and/or the relationships between people, has led to his multimedia output. His practice is durational and also engaged with the archive. Of primary concern to Placek is negotiating uninterrupted concentration from both his viewers and subjects, which he does through expanding the formal and conceptual notions of portraiture. He has cultivated his interests in the performing and fine arts through collaborating with notable contemporary artists such as Marina Abramovic, Julian Schnabel, David Salle, Vanessa Beecroft, Richard Prince, Brice Marden, Cindy Sherman, James Ivory, and Yoko Ono. His individual and collaborative work has been exhibited in the U.S. and abroad at The Museum of Modern Art New York, The Kitchen, Deitch Projects, Sundance, Toronto Film Festival, Mary Boone Gallery, and Galleria Lia Rumma.

Our film division creates innovative cinematic content that follows the VISIONAIRE ethos, to challenge, change, and open viewers’ minds through unique experiences. With unprecedented access into both art and fashion circles we have produced films in collaboration with both luxury fashion houses, and acclaimed international artists and public figures. Our films have been exhibited as art installations, at international film festivals, and through unique online distribution partnerships.

For Inquiries about the artist and exhibition Contact: Bethanie Brady BB@BethanieBrady.com.

For more information about this event visit go HERE

Image: Still from 130919 • A Portrait of Marina Abramović. Image courtesy of Matthew Placek.