The Wild Child, Balloon Land: Thinner Than Air, Promised Lands, Be Like An Ant + Shorts 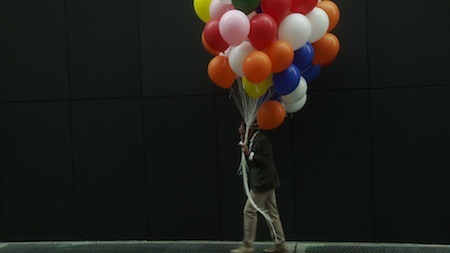 BASILICA HUDSON is pleased to announce BASILICA SCREENINGS, which presents an array of works ranging from new and repertory narrative features, documentaries, experimental films, video and media art, as well as guest curated programs, often with filmmakers and special guests in attendance for a discussion following the screenings.  All films will begin at 8 pm and are $5-10 sliding scale, unless otherwise noted. 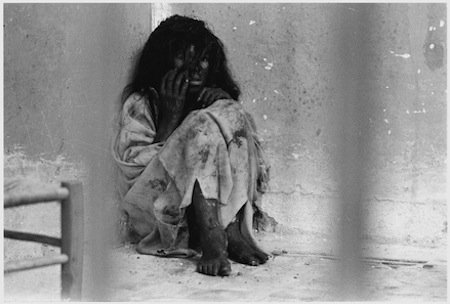 “The Wild Child contains in microcosm the soul of Truffaut’s best art: the balance of rigor and sensuousness, the fiercely lyric intelligence, the passion to record the sacred depths of the human face. Truffaut plays the physician Jean Itard, who takes in and attempts to educate Victor, as he is named by Itard, a feral child of perhaps 10 or 11 found alone in the wilds of Aveyron in 1798. The film, based on an actual event, isn’t a Miracle Worker-style slam-bang case history; neither is it a Rousseauian fancy. It’s far more mysterious than that. Truffaut has such an animistic feeling for nature that the child’s wildness becomes his genius, his essence — and yet it must be sacrificed to the civilizing world if the boy is to survive.” -Peter Rainer, New York Magazine

“Suffused with Truffaut’s radiant love for the movies’ beginnings, when everything was being done for the first time, when the language was learned. It has a miraculous kind of balance: between freedom and control, originality and homage, the discovery of new experience and the contemplation of the past…Truffaut gives us an image of himself as both master and student, the image that contains all we need to know of him.”
– Terrence Rafferty, The New Yorker

Special Thanks to The Film Desk and Heathen Films. 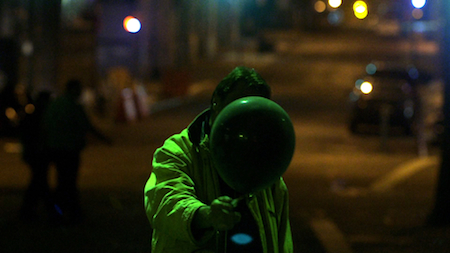 THE BLACK BALLOON, Benny Safdie & Josh Safdie, 2011, 21 min.
While guiding forty kids across six New York City blocks, a stressed man accidentally loses his bouquet of a hundred balloons. In that bouquet, a lone black balloon scurries free from the rest of them. It dies and comes back to life, returning to the city, cruising for a companion. It learns that humans are complicated creatures with extreme highs and lows, but full of life nonetheless. A children’s film turned Sci-Fi urban fable, this is a story about The Black Balloon.

THE RED BALLOON, Albert Lamorisse, 1956, 34 min.
Albert Lamorisse’s The Red Balloon remains one of the most beloved children’s films of all time. In this deceptively simple, nearly wordless tale, a young boy discovers a stray balloon that seems to have a mind of its own. Wandering through the streets of Paris, the two become inseparable, to the surprise of the neighborhood and the envy of other children. Winner of the Palme d’Or at the 1956 Cannes Film Festival, The Red Balloon has enchanted the young—and the young at heart—for decades.

THE BALLOONATIC, Buster Keaton, 1923, 22 min.
Keaton wanders off from an amusement park and winds up floating away in an experimental balloon. All this is merely a device to land him in the middle of a forest where he encounters a girl (Phyllis Haver). Before he patches up the balloon and takes off, it becomes clear that she is by far a better outdoorsman than he. -Janiss Garza, Rovi

Filmmakers Benny & Josh Safdie, and Jake Perlin will be present for a discussion following the screenings.

Organized with the assistance of Jake Perlin/Cinema Conservancy 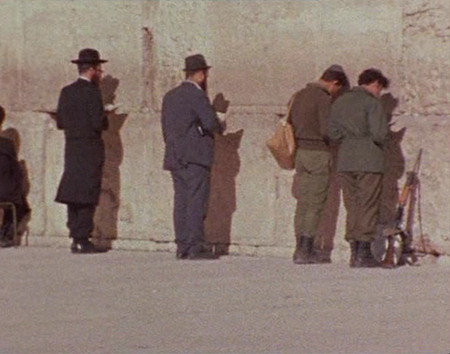 Susan Sontag’s third directorial effort and her only documentary, Promised Lands scrutinizes the ongoing Arab-Israeli conflict and the growing divisions within Jewish thought over the question of Palestinian sovereignty. Shot in Israel during the final days and immediate aftermath of the 1973 Yom Kippur War, Promised Lands is undoubtedly one of Sontag’s most incisive examinations of contemporary Jewish consciousness, and she considered it her most personal film.

Sontag structures the film as an antiphony between two sets of images. The first consists of observational sequences detailing moments from modern Israel: desert landscapes, patrols of roadside soldiers, old men and women at the Wailing Wall, Israeli grocery stores and movie theaters, the Jerusalem War Cemetery, a military psychiatric ward, and a wax museum depicting the official history of the state. Intercut throughout are conversations with two intellectuals: writer Yoram Kaniuk, a supporter of Palestinian rights who sees Israel shifting from its socialist roots to an American-style commercial culture, and physicist Yuval Ne’eman, who argues for the endemic nature of Arab anti-Semitism.

“Though the film grants no direct access to Arab or Palestinian voices, its clear elaboration of the debate prompted Israeli censors to ban its initial release, claiming it would be “damaging to the country’s morale.” Stateside, Stanley Kaufman praised the film’s Hegelian quality, writing that it presents “not a struggle between truth and falsehood but between two opposing, partial truths.” -Ed Halter, Light Industry.

Special Thanks to The Film Desk. 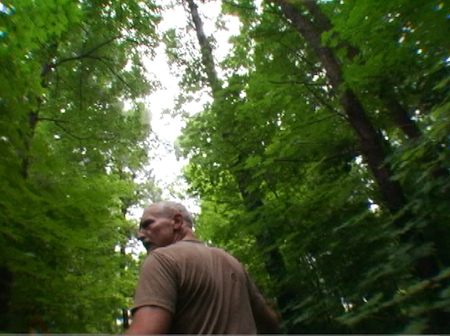 WEIRD CAROLERS, Brent Green, 2009, 4 mins.
A short, hand-animated film about Beethoven and his process. Commissioned as part of the Lunchfilm series.

A SHIP RUNS AGROUND, Jason Byrne, 2009, 10 mins.
A scene from the feature doc SCRAP VESSEL, where a ocean liner is beached on purpose. Produced by Mike Plante.

BE LIKE AN ANT, Mike Plante, 2012, 57 mins.
Post-Vietnam, Paul bought a trailer for his family to live in. Many bad winters near Troy, NY made the mobile home unlivable, so he took matters into his own hands and started to build a house – around the trailer. He never made any blueprints. 30 years, 4 floors and 100 windows later, the house is almost done. A portrait of a 20th century man, redemption of the spirit, and the house as a teacher. Mike Plante and the subject of his documentary, Paul Plante, will be present for a discussion following the screenings.