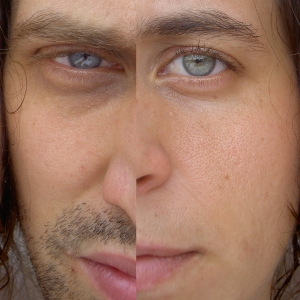 Baltimore analog freak noise duo, based around Carly Ptak and Twig Harper, began their journey on the shores of Ann Arbor, MI and have been spreading their bleeps, bloops, odd-ball visuals, and overall weirdness ever since.  After 17 years of traveling the world over they have become an integral part of the Mid-West Noise Scene.  Offering up each guerilla performance, complete with projections, DIY Electronics, circuit bending, record cutting and costumes – taking the urban crack of electronic halftime entertainment and dragging it squarely into the times of horse and buggies.

“The band’s halting explosions of electronic sounds–buzzing, gurgling, chiming, and grinding, part engineering and part bricolage–gleefully defy categorization. It is the sound of another world, played as a language-less, intimate mind game between performer and audience. And it’s just the tip of Ptak and Harper’s creative iceberg.” -Baltimore City Paper 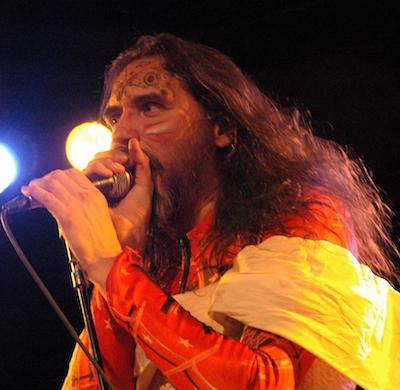 Sticky sheets. Dangerous sex. A dirty breeze that smells of acid and hate. Curdled lunacy. Inhuman yelps. Idiot savant drums play. Bleeding walls of guitars that are equal parts junk, gunk, and misfired spunk. Connecticut’s The Bunny Brains founded by Daniel Saxton Bunny, present the best psych/noise/punk noises ever to hit Hudson’s soundscape. Before the band was befuddling the Devendra Banhart and Mindflayer fans of today with their assaults of noise and drugged-out humor they were horrifying Sebadoh and Dwarves fans with more of the same and then some. This will provide a one-way ticket to dementia.

“The Second Best Band to come from Connecticut.”
–Matador Records

“Connecticut’s Bunnybrains spew messy noise like Linda Blair spits pea soup: except the only things possessing Bunnybrains are a love of rock and fun (hmmmm, okay, maybe the devil too)”
–Time Out New York

“Inscrutable” isn’t an inscrutable enough word to describe Bunnybrains’ legacy of noise, anti-rock, and found sounds built over the past two decades. The band was once rumored to be so prolific in their avant-garde ramblings that they made a new cassette every week, recorded during rehearsal. Live, the group’s audio quirks become visual, as frontcreep Dan Seward writhes about the stage doing things to his guitar that might not be legal in some states. Not for the faint of heart or closed of mind. ”       Kory Grow ..Village Voice 2010