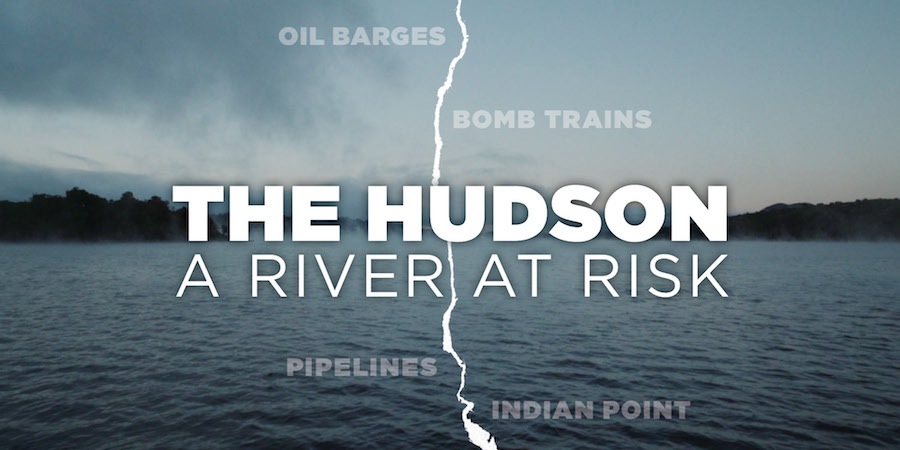 Hudson River At Risk
Wednesday, April 5 @ 7PM
FREE with suggested donation towards supporting the work of the Filmmakers and Basilica Hudson.

The Hudson River, like many waterways around the world, has long been treated like an infinite waste barrel, a dumping ground for toxic chemicals, hazardous waste and trash. But for the past fifty years an amazing collection of environmental groups – Riverkeeper, Scenic Hudson, Clearwater and many more – have worked to revive the Hudson and the beautiful valley that surrounds it. These accomplishments remind us what a resilient resource the river is. The expanding web series, The Hudson, A River At Risk, by Oceans 8 Films, reports on a handful of serious and growing threats to the river.

Join us in Basilica’s North Hall screening room for this special event and discussion with the filmmakers and representatives from Hudson River advocate groups including:

Jon Bowermaster
The Hudson: A River at Risk – Filmmaker

Bomb Trains on the Hudson
The boom in transportation of crude oil is turning the Hudson Valley into an energy corridor. Each train carries three million gallons of highly flammable and toxic fuel.

The Long Shadow of Indian Point
The Indian Point Energy Center sits just 35 miles from Times Square and has a long history of leaks, spills and fires. Many, including Governor Andrew Cuomo, would like to see the plant shut down permanently.

A Bridge Over Troubled Waters
The construction of a pair of new bridges to replace the Tappan Zee is the largest building project in North America. Inevitably it has environmental impacts.

PCB’s: A Toxic Legacy
PCBs dumped into the Hudson by General Electric goes back to the 40s, resulting in a poisoned river and a monumental, government-enforced clean-up. Now G.E. has pulled out before the job is finished.

A Pipeline Runs Through It
Two different pipelines, two different stories. One carries natural gas, the other crude oil. One goes under the Hudson and skirts Indian Point, the other hopes to parallel the NYS Thruway’s ‘right-of-way,’ essentially butting it up against residents backyards.

Anchors Away
The Hudson has long served as a marine highway, connecting Albany to NYC. Crude oil has begun making its way along the channel by barge. A new proposal to increase the number of anchorages in the Hudson suggests that more barges will follow suit.