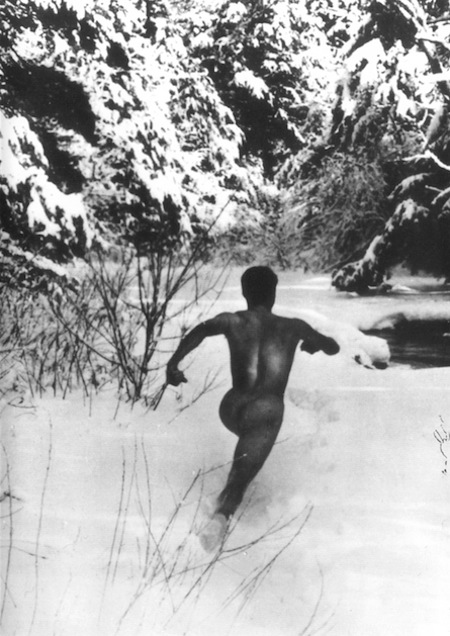 Adolfas Mekas, who passed away last May, was an ingenious filmmaker, co-founder of Film Culture with his brother, filmmaker, Jonas Mekas, and the beloved founder and chair of “The People’s Film Department of Bard College.”  Adolfas’s first feature film, HALLELUJAH THE HILLS was selected for the first New York Film Festival, was a hit at the Cannes Film Festival, and won the Silver Sail at Locarno.  Special guest filmmaker and Bard College professor Peter Hutton will be in attendance. 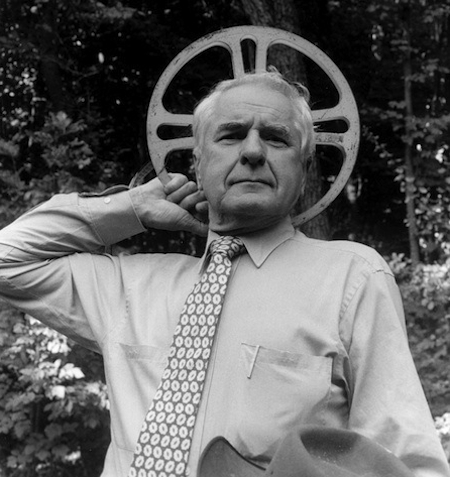 “Loopy in more ways than one, HILLS isn’t so much a linear narrative as an ongoing do-si-do between two madcap man-boys—bespectacled nebbish Leo (Marty Greenbaum) and studly Ivy League dipsomaniac Jack (Peter H. Beard)—in pursuit of the same girl, Vera, who’s coyly played by two actresses (Sheila Finn and Peggy Steffans) representing Leo and Jack’s different views of their shared paramour. In between wooing, the cast tool around wintery Vermont in a jeep, romp naked through icy waters, and spoof the art-film canon, from Griffith to Kurosawa. The finale brings a secret woodland cache of ga-ga-ga-goils and a film-stopping cameo from googly-eyed underground jester Taylor Mead. The result is a dizzy time capsule of proto-revolutionary anarchy, like bits of youthful, energetic innocence frozen in the snowdrifts of time.” -Ed Halter, VILLAGE VOICE

“HALLELUJAH proved clearly that Adolfas is someone to be reckoned with. He is a master in the field of pure invention, that is to say, in working dangerously – ‘without a net.’ His film, made according to the good old principle – one idea for each shot – has the lovely scent of fresh ingenuity and crafty sweetness. Physical efforts and intellectual gags are boldly put together. The slightest thing moves you and makes you laugh – a badly framed bush, a banana stuck in a pocket, a majorette in the snow.” -Jean-Luc Godard, CAHIERS DU CINÉMA

“In this antic, freewheeling comedy from 1962, the director tells a story of love, loss and lunacy as filtered through movie madness – his characters’ and his own….” -Richard Brody, THE NEW YORKER

Special thanks to Pola Chapelle, Effie Asili, and the Bard College Film Department.

« THIS IS CONGO
THIS JUST ANNOUNCED: »