Hudson’s annual Flag Day celebrations — including a big parade and fireworks show — are a David Lynch-Americana Dream Come True! Cloaked by night and surrounded by colorful explosions, Basilica’s (FREAK) FLAG DAY is a freakier counterpart to the city’s festivities, featuring performances and dancing into the wee hours.

The evening kicks off at sundown with the best seat in town for Hudson’s spectacular fireworks display (one of the largest in the Hudson River Valley launched from Basilica parking lot!), and the freaky festivities take off from there.

This year, Basilica embraces everything dark and comedically tragic as we present the third iteration of Darkwave comedy nights conceived by Hudson-based artist Annie Bielski. Bielski will perform with NYC-based artists Alexandra Tatarsky and KIZU. $ 2 beers will be served throughout our Darkwave Comedy + Happy Hour, 7 – 9PM.

Earlier on Saturday, the city of Hudson’s Flag Day festivities include a parade down Warren Street and a festival at the Henry Hudson Riverfront with entertainment, kiddie rides, food, an air show and more! 10,000 – 12,000 people gather for this annual event. It is a true small-city community experience with a good dose of Lynchian-Americana! A Baby Basilica is marching down Warren Street as part of the parade, and YOU — whether you’re a farmer, a four-year-old toddler, friends at a sister organization, a new or established artist (anyone who is part of the ever-growing Basilica community) is invited to participate!

COME AS YOU. COME AS WHALE. COME AS FREAK. COME AS YOUR HUDSON, COME AS MOUNTAIN OR FACTORY OR HISTORY AND JOIN OUR PROCESSION DOWNTOWN. BASILICA HUDSON OPENS ITS DOORS TO YOU AT THE END OF THE PARADE FOR LEMONADE!

Families and kids Welcome! Join us, bring your tricycle and ride with us. Meet at 1:30 at Hudson City Center, near Lil’ Debs Oasis. We will be lined up and parade starts promptly at 2pm. We will likely be in the last segment of the parade. Please note: All parade participants must enter from Fairview Avenue and Greene Street as Warren Street will be closed. Walk if you can, it’s easier! If you can’t find us, please call Sarah at 774.258.0051. Look for BABY BASILICA!

NY-based duo MIRROR MIRROR has performed nationally and internationally with their signature mix of psychedelia, rock, noise, and hypnotic dance music. Their releases include The Society for the Advancement of Inflammatory Consciousness (2008), Interiors (2011), FRKWYS Vol. 5 (2011), and the Melting People EP (2014).

A NEW WORK-IN-PROGRESS BY MATTHEW PLACEK 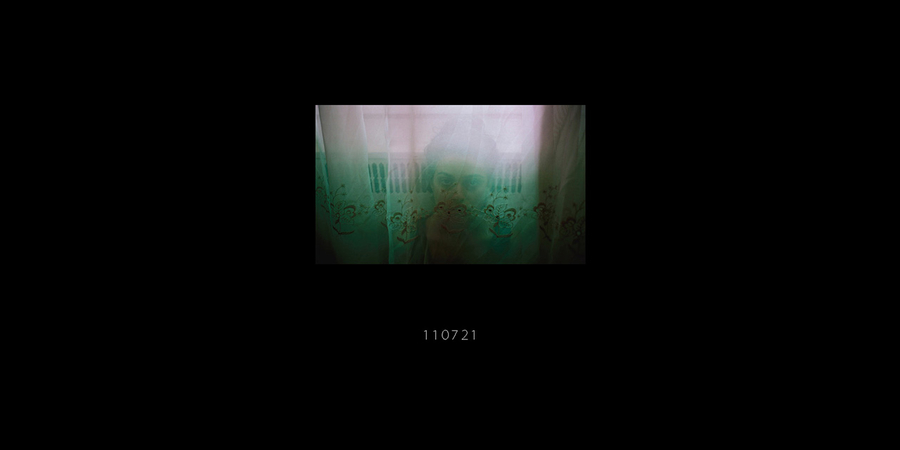 As part of (FREAK) FLAG DAY festivities at Basilica Hudson, Basilica Hudson and Second Ward Foundation will present a new work in progress by Matthew Placek, Balloons, Umbrellas, and Snow, which will be on view in our North hall at Basilica Hudson. This work will be presented for the first time.

Balloons, Umbrellas, and Snow continues Placek’s on-going exploration of memory and the immortilization of people, relationships and time through new media. The subject of memory is central to Placek’s practice. For Placek, memories are the subject of time. Vulnerable to permutation and decay, they link associatively, often connected through only one or two variables.

Placek has spent his life documenting moments, relationships and events. He is invested in the ways in which photography has demonstrably influenced the way we think affecting our variability of a moment (or memory) through capture. Placek’s 25-year archive of 17,000 35mm snapshots, which span from 1990 to the present explore connectivity in new media. Placek created a web-based system that relays images from his personal archive through the graphic website wwwballoonsumbrellasandsnow.com, powered by an intelligent and poetic algorithm designed by the artist and coded to behave akin to the faculties of human memory with an emphasis on free association.

Located in the Hudson Valley, Second Ward occupies the former Charles Williams School in Hudson, NY. Designed by M.F. Cummins and completed in 1924, the building originally accommodated 480 elementary school students. It is now being repurposed into a cultural institution including an education center, auditorium and art galleries. The foundation also loans artwork from its collection to regional, national and international Institutions. For more information about Second Ward Foundation visit their website.

Born in Ohio, Matthew Placek relocated to New York City in 1997 to pursue his interests in photography, video, and installation. His commitment to capturing presence, whether as a sense of place, the passage of time, and/or the relationships between people, has led to his multimedia output. His practice is durational and also engaged with the archive. Of primary concern to Placek is negotiating uninterrupted concentration from both his viewers and subjects, which he does through expanding the formal and conceptual notions of portraiture. He has cultivated his interests in the performing and fine arts through collaborating with notable contemporary artists such as Marina Abramovic, Julian Schnabel, David Salle, Vanessa Beecroft, Richard Prince, Brice Marden, Cindy Sherman, James Ivory, and Yoko Ono. His individual and collaborative work has been exhibited in the U.S. and abroad at The Museum of Modern Art New York, The Kitchen, Deitch Projects, Sundance, Toronto Film Festival, Mary Boone Gallery, and Galleria Lia Rumma.

Our film division creates innovative cinematic content that follows the VISIONAIRE ethos, to challenge, change, and open viewers’ minds through unique experiences. With unprecedented access into both art and fashion circles we have produced films in collaboration with both luxury fashion houses, and acclaimed international artists and public figures. Our films have been exhibited as art installations, at international film festivals, and through unique online distribution partnerships.

MATTHEW PLACKE WILL PRESENT,  130919 • A Portrait of Marina Abramović  AT SECOND WARD FROM JUNE 10 – 26 FOR FOR INFORMATION VISIT.