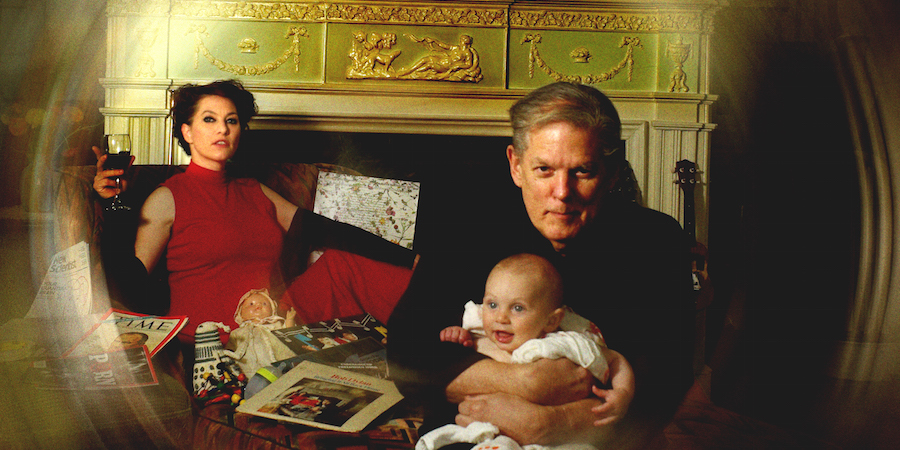 Join us on Saturday, July 23, for an evening with father-daughter power duo Jack & Amanda Palmer, supported by an opening performance by percussive polymath Thor Harris and his group Thor & Friends. Amanda & Jack Palmer will perform a set of covers from their carefully selected new release, You Got Me Singing.

A lovingly put together album, You Got Me Singing marks the first collaboration between new mother Amanda and her father, written and recorded while her baby boy was in utero — a fluid family dialogue between Jack, Amanda, and her unborn son. Amanda sings and plays piano and ukulele, and Jack, a semi-professional choral singer, plays guitar and lends his rich bass voice to a variety of cover songs that span decades.

“The main inspiration behind this record was to share songs and time with my dad,” says Amanda, who was separated from her father when she was less than a year old. “It was a really good reason to spend healing time together, sharing our musical histories, all poetically punctuated by the fact that I was seven months pregnant when we recorded. I knew that from my post at the mixing desk and the mic, this music was being heard in the womb, and so the song selection was really important…we didn’t want this album to sound corny, we wanted it to sound like the connective tissue between three generations.”

The songs had to Jack Palmer, who is 72 and sings choral music regularly for the National Cathedral in Washington DC, says “I believe nothing is more powerful than love, and that nothing expresses it better than singing. It was one of Amanda’s songs that began healing our fractured relationship. Years later, I hope the love that went into this project will perhaps touch listeners in the same way.”

During their performance at Basilica Hudson, Jack & Amanda will play selections from their album, and it is rumoured that they may bring other family members onto the stage.

Opening for Jack & Amanda Palmer is Thor & Friends, founded in the autumn of 2015 by Thor Harris after five years of touring as the percussionist of iconic avant-rock ensemble Swans (heroes of Basilica SoundScape 2014). Thor & Friends debut LP will be out on LM Dupli-cation in autumn 2016. Basilica Hudson is pleased to welcome Thor’s talents back to our space.

To pre-order You Got Me Singing on CD, vinyl and picture disk, please visit here. Selections from the album are also available for free on Patreon, an innovative subscription-based crowdfunding platform that Palmer describes as “a revolution in music-release and art patronage.” Experiment and explore on Patreon to see the fruits of artists making things on their own terms!

Amanda Palmer is a performer, songwriter, and New York Times bestselling author who simultaneously embraces – and explodes – traditional frameworks of music, theater and art. Amanda first came to prominence as the piano-playing songwriting half of the internationally acclaimed punk cabaret duo The Dresden Dolls. In May of 2012 she made Kickstarter history pre-selling 25,000 copies of her solo album, Theatre is Evil, which went on to debut in the Billboard Top 10. She then presented a TED Talk, “The Art of Asking”, which has been viewed more than 10 million times worldwide and expanded into a memoir of the same name, threading together Amanda’s experiences with asking, vulnerability, crowdfunding and trust. She is now making songs and art with the financial backing of over 7,000 committed patrons on the new crowdfunding/subscription website Patreon.Com.

Her father and long time musician. In Amanda’s words: “my dad has been a musician all his life…this guitar he’s holding is his 55-year old martin that he’s had forever. his booming bass voice is stunning. he sings regularly in various choirs in DC, sometimes at the national cathedral. he’s sung at the white house. he’s too legit to quit.”

Thor’s new project was intended as a vehicle for experimentation within the conceptual vocabulary of American Minimalism, collaborating with a rotating cast of Austin-based musicians. The resultant music is an elongated greeting and ode to Thor’s Austin community, woodworking shop and the instruments his hands shape and bring to life. The ensemble has three core members: Thor, Peggy Ghorbani and Sarah “Goat” Gautier, with its line-up expanding and contracting with the flux of compositional and improvisational contexts.