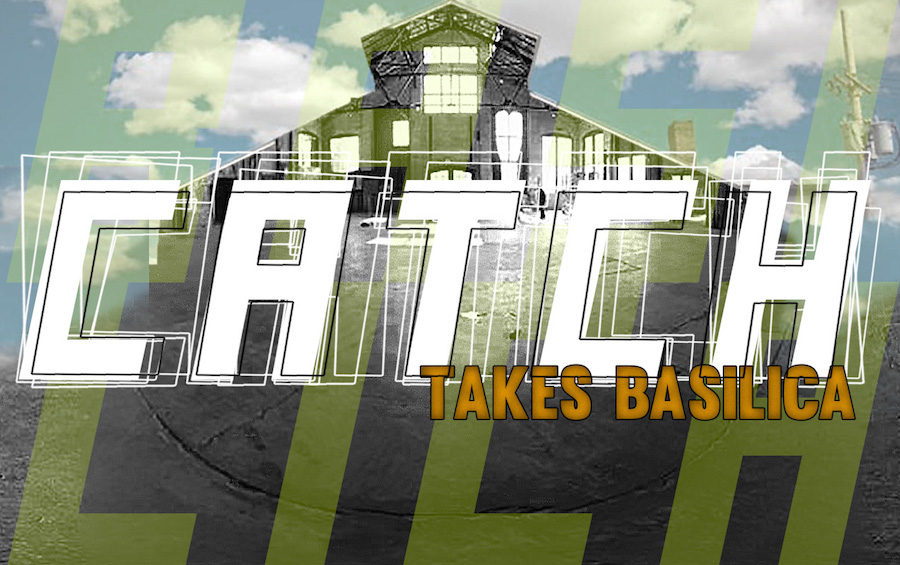 “CATCH is a crash course in what performance looks like today.” – ARTFORUM

CATCH — “everyone’s favorite” Brooklyn-based, hydra-headed, multi-disciplinary, rough-and-ready series of performance events — forges back upriver to reconquer Basilica Hudson on July 10, 2016 at 6pm. After a standing room only crowd during their maiden voyage to the Hudson Valley in Basilica’s North Hall in July of 2015, we are pleased to welcome back the Obie award-winning performance series a year later.

For over a decade, CATCH has given stage to emerging artists and downtown luminaries, pouring equal parts community, love and liquid refreshment. In this special edition for Basilica Hudson, CATCH delivers a squadron of the finest artists who lay claim to NYC, the Hudson Valley—or both. CATCH is curated with reckless delicacy by Jeff Larson, Andrew Dinwiddie, and Caleb Hammons.

This year’s performers include

CATCH is a Brooklyn­-based, nomadic and multidisciplinary performance series which creates a celebratory, communal space for both artists and audience members to experience bold new performance works in a rough and ready way. A serious performance framed by a serious party that whirls through Brooklyn every month or so (and now traveling up the Hudson!), each CATCH event features an array of artists working across­ and­ between disciplines, creating a space for community discovery and exchange.

Founded by Jenny Seastone Stern in Brooklyn, NY in 2003 as a home for the emerging NYC avant-garde, CATCH is an integral part of the cultural life of the city with a strong track record of supporting the experimentations of hundreds of emerging and mid-career artists through the curation and production of over 70 outstanding group performance events that the New York Times calls “consistently entertaining, stimulating, thought-provoking and irreverent.” Not only does CATCH have “the best short-form programming going,” it also has the liveliest and best-looking audience – beautiful, young ladies, gentlemen, and everyone in between who come to drink, see great work, and mingle with the artists after the show. As much a social event as a serious show, for over ten years CATCH has been pouring equal portions of community, love, and beer.

For more information and related press about CATCH, visit: catchseries.org.