THE BROTHERHOOD OF THE TRAVELING RANTS + INTO THE SCRUM!

BRING YOUR OWN FOOD – WE’LL PROVIDE THE GRILLS.  GOOD VIEW OF THE ATHENS FIREWORKS AFTER DARK …. GRILLS HEAT UP AT 5 PM. 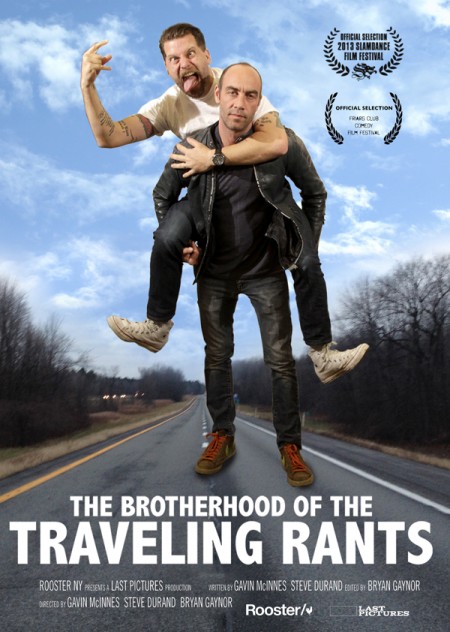 When an author decides to turn his book tour into a stand-up comedy tour, he enlists his best friend from high school to come along. They haven’t seen each other in 20 years but quickly fall into their old habits of outrageous behavior. As the tour progresses however our heroes learn they’re not kids anymore and what started out as mere hijinx is now endangering their friendship, their careers, and their lives.

What happens when you mix the hippest of hipsters, Gavin McInnes, his best friend, a camera, and comedy tour?  You get a road movie/documentary/comedy that keeps you laughing and wondering, “What is up with this guy?” Or in documentary speak, a complex story of friendship intersecting the real life challenges faced by a brilliant comedian as he deals with a mid-life career crisis. Or book tour- it’s about the same thing. No wait, I think it’s the latter!
– Edward Stencel, Documentary Programming Co-Captain, Slamdance Film Festival

Gavin McInnes is considered, “The Godfather of Hipsterdom” because he created Vice Magazine but now he’s an old dad with three kids who makes commercials and gets on everybody’s nerves.

Steve Durand is a musician and music producer from Montréal who now lives in Hudson, NY. He’s been best pals with Gavin since they were kids though he often regrets it.

Bryan Gaynor is a producer and director who made a ton of films and one of them even got into Sundance but nothing really took off. He’s young though so we’ll see. 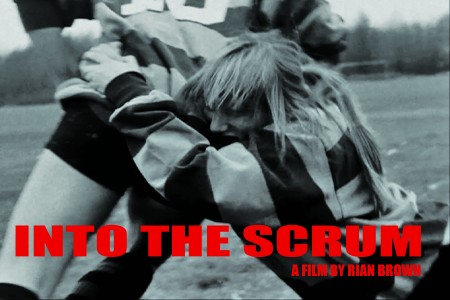 INTO THE SCRUM
Rian Brown, 19min.
Q&A with Brown following the Screening

Ruck, maul, pillage and burn. Young women rugby players explore their power, aggression and sexuality both on and off the field in this action packed documentary. Shot in 16mm film, DV and radiant hand-painted animation, the film reveals the inside story of a group of young women as they collectively challenge themselves through rituals and roles in this rowdy visually explosive short film.

Rian Brown is a filmmaker and video artist who teaches Cinema Studies at Oberlin College. She works in both digital/filmic and as tactile forms. Her work over the last twelve years is rooted primarily in making film/video shorts and exploring new modalities for video projection. The concepts that she tends to explore have to do with landscape, the body, memory and notions of nostalgia. Recently her work has evolved to multi-channel projection, pre-cinematic objects and illuminated large scale back lit paintings. Brown is interested rethinking the most elemental components of cinema; light, shadow and the magic of capturing and projecting moving images in time. Her work has shown around the world at film festivals and museums including the L.A. Hammer Museum of Art, the Museum of Contemporary Art in Cleveland, the New York Shorts Festival, the Ann Arbor Film Festival, Women in the Director’s Chair, and many others. Brown was an artist in resident at the Headlands Center of the Arts. She was recently awarded the 2011 Ohio Arts Council Individual Excellence Award. She has two young boys and spends her time in Italy and the U.S.