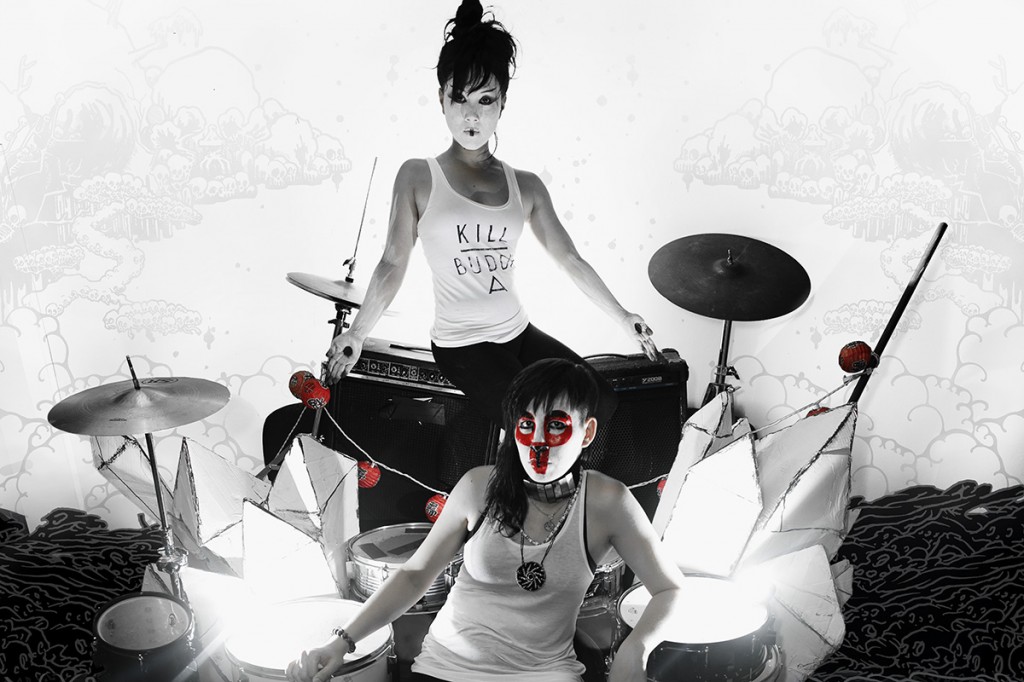 “Innocence Is Kinky bristles with provocations: Hval’s lyrics roll around gleefully in tangles of body, mind, sexuality, gender. . . the music on Innocence Is Kinky is beckoning and beautiful, one that takes full advantage of Hval’s striking voice.”
— Pitchfork [Overlooked Records, 2013]

Their debut EP, YT//ST on Psychic Handshake, was rated an 8.2 on Pitchfork and included descriptors like “ghostly harmonies” and “insidiously melodic quality”.  It also was short-listed for the 2012 Polaris Music Prize – an award for best full-length Canadian album.  Their second album, UZU, is being released on October 29th, the day before their appearance at Basilica Hudson.  Pitchfork staff has UZU on their “Most Anticipated” list.  A preview cut, “One”(Listen here: http://yamantakasonictitan.bandcamp.com/) weaves together Mohawk voices, hard rock guitars and allegorical lyrics.

YT // ST is based in Montreal & Toronto.

“An original record blending beauty and brutality, YT//ST should only find more supporters as its reputation spreads.” -Exclaim! Magazine

“Yamantaka // Sonic Titan take a bit of the sound and a whole lot of the fury from each genre, creating something that might not be embraced by metal or opera purists, but should be by everyone else.” – Coke Machine Glow 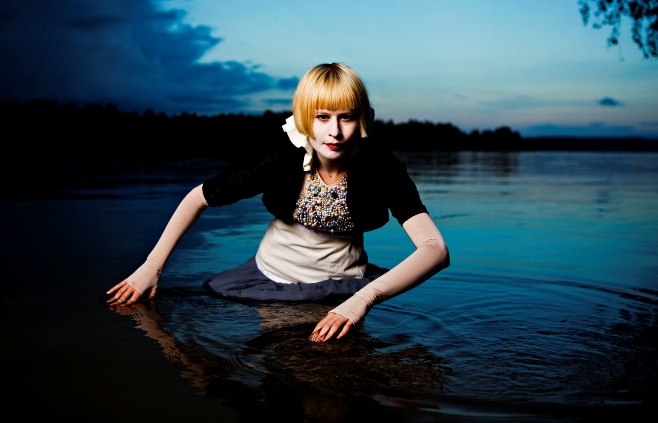 “Jenny Hval doesn’t just sing songs. Rather, she constructs them out of layers of perfectly elongated lyrics that she stretches between guitar chords and keyboard notes. Her provocative music is dissonant and devastating and, at the same time, completely riveting.”
— TIME [7 Scandinavian Bands You Should Listen To Now]

Recognized as one of “7 Scandinavian Bands You Should Listen To Now” by TIME, Jenny is a multidisciplinary and transgressive artist whose music is obscurely complex, present and provocative. Her new album, Innocence Is Kinky(Rune Grammofon) overflows with intimate detail and surrealistic bodily imagery, weaving experimental pop with injections of mythology, theory and gender politics. For this first tour of North America, Jenny (vocals, synth) and band — Håvard Volden (electric guitars, synth, electronics) and Kyrre Laastad(drums, synth) — will put on an arresting performance that will be a perfect accompaniment to Jenny’s confident presentation on record.

Pitchfork’s Stephen Deusner says it all. “On a protracted bridge, her voice warps and mutates and turns the syllables into pure sounds.  Hval goes deliberately flat, savoring the pulsating dissonance, until all that is left is a high, tensile note that wavers in either distress or desire.  Rather than alienating, it’s actually inviting; a strange and powerful performance.”