FROM LO-FI TO HI-FI TO SCI-FI AND NOTHING IN BETWEEN. 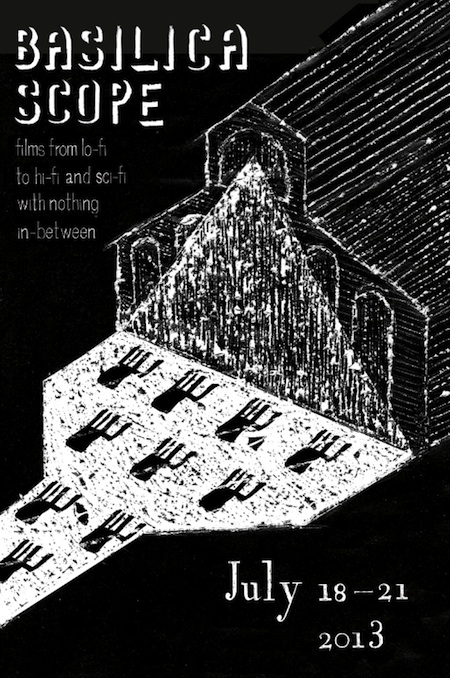 BASILICASCOPE digs into the visceral aspects of motion pictures by celebrating films that explore the furthest extremes—from remote landscapes, unconventional perspectives, fanatic personalities, radical examinations of film’s materiality, to the blood and emotion that create it. BasilicaScope presents extraordinary films during its weekend-long summer festival in a reclaimed 19th century factory.

+ TO LOOK IS TO LABOR – an exhibition of moving image work by Harun Farocki, Lucy Raven and Andrew Norman Wilson. Co-presented by CCS Bard/Basilica Hudson, and curated by Olga Dekalo and Aily Nash. Open during festival hours from July 18-21.

All Individual Films $10 – Tickets Available at the Door
Sunday Matinee is FREE for kids under 12
Weekend Passes available here:

Basilica is pleased to announce a partnership with Artists Public Domain, a New York based non-profit production and distribution company.  The partnership includes a collaboration with Cinema Conservancy, the releasing program of APD, which helps to ensure the legacy and public availability of crucial work of American Independent cinema, including Jamel Shabazz Street Photographer.  Previous Cinema Conservancy releases include Nothing But a Man, Little Fugitive and The Color Wheel. APD recent productions include Towheads, Another Earth, and The Forgiveness of Blood. APD will sponsor a FREE late night screening of the classic Wild Style to celebrate the film’s 30th anniversary. 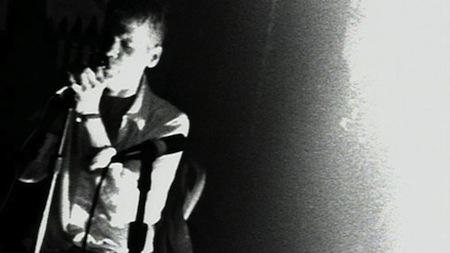 The highly acclaimed documentary by directors Jem Cohen (Fugazi: Instrument) and Peter Sillen (Speed Racer) on legendary underground musician Benjamin. Benjamin: Smoke follows the crooked path of this fringe-dweller, speed-freak, occasional drag-queen and all-around renegade living in the hidden Atlanta neighborhood called “Cabbagetown,” and playing with his band Smoke. A hauntingly beautiful yet unflinching look at a performer whose life has had a profound effect on many artists, including R.E.M.’s Michael Stipe, Cat Power’s Chan Marshall and Patti Smith. 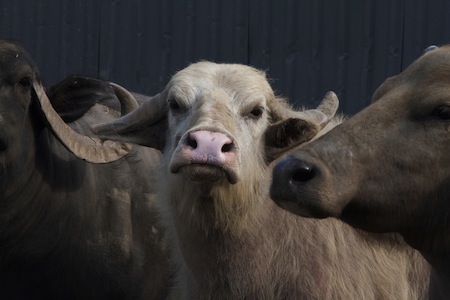 Fascinating and beguiling, Bestiaire is Denis Côté’s mesmerizing meditation on the relationship between man and beast. This strikingly beautiful film about looking —starts with a group of art students attempting to sketch an animal — that blurs the line between observer and observed. There may be no traditional narrative, yet there is breathtaking dramatic tension in every exquisitely framed shot: the sight of a lion attacking the doors of its cage or the scurrying striped legs of zebras in a holding pen. Contemplative and enthralling, Bestiaire is cinema at it’s purist. 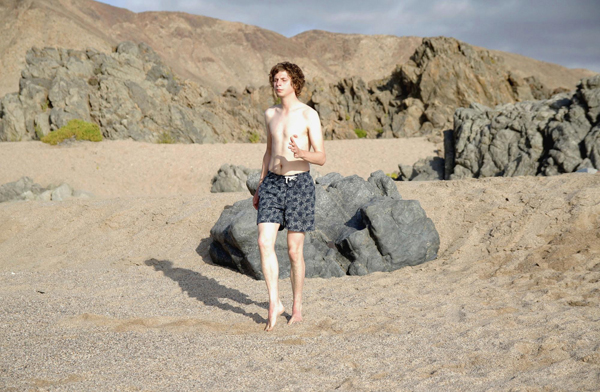 On a trip through Chile, a boorish American expat named Jamie (Michael Cera) and three Chilean brothers plan to set off in search of the prized San Pedro cactus and its promise of beachy hallucinations. But in the previous night’s drunken stupor Jamie invites a free-spirited fellow American (Gaby Hoffmann) along on their mescaline-driven road trip, and her devil-may-care worldview gives them more of an adventure than any of them had bargained for. Winner of the Best Director Award (World Cinema) at the 2013 Sundance Film Festival. 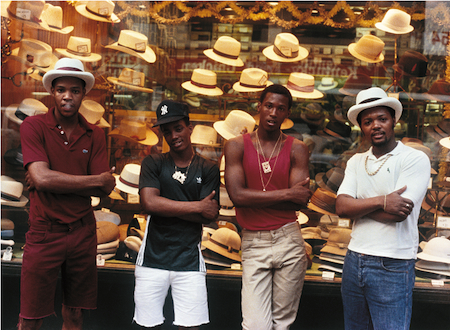 In the infancy of hip-hop, Brooklyn-born photographer Jamel Shabazz, whose twenty-five year mission to create a portrait of the hip-hop generation, became a worldwide phenomenon with his book “Back In The Days”. Director of the seminal Wild Style, Charlie Ahearn, instantly recognized the power of Shabazz’s photography when he first picked up his book in 2002. Since then, Ahearn has followed Shabazz in documenting his journey from a Brooklyn youth, through army service and work as a corrections officer, to his decisive photographic interactions on the streets and subways of New York. 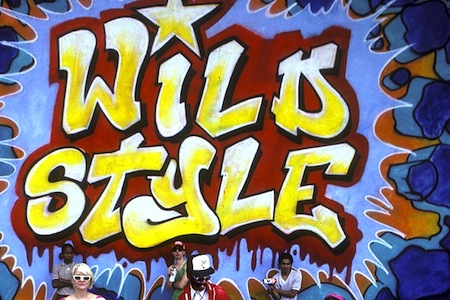 “Nothing else comes close to capturing the atmosphere of the early days of hip-hop and spraycan art, of the burned-out and derelict Bronx; the only colour comes from the impressive artwork as b-boys and fly girls dream of making “cash money” while scratching and rapping in kitchens, dingy bars and, in an impressive DIY turn from Double Trouble, on stoops. This isn’t old skool, this is pre-school.” -Phelim O’Neill, The Guardian 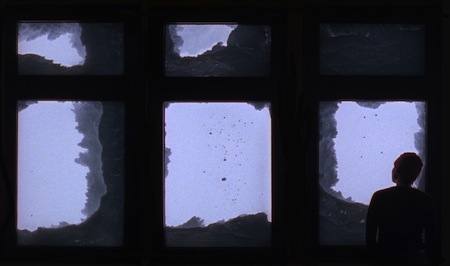 The land and sky of Mt. Washington, New Hampshire form a varying frame for two climatologists as they go about the solitary and steadfast work of measuring and recording the weather. Based in part on the Nathaniel Hawthorne story “The Great Carbuncle,” this film features the extreme and surprising beauty of the windiest mountain in the world. 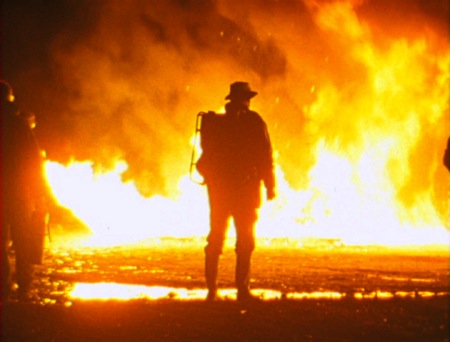 With the excuse of freedom, we lose so many things. – Silvio Barile

A meditation on the milieu of elevated threat addressing national identity, gun culture, wilderness, consumption, patriotism and the possibility of personal transcendence. Of particular interest are the ways Americans have come to understand freedom and the increasingly technological reiterations of manifest destiny. (Not to say there isn’t some humor when looking at American history and gun culture. -MP)

Travel journal entries weave a narrative that counterpoises the austere Icelandic ‘frontier’ landscape with the banalities of travel circumstances. 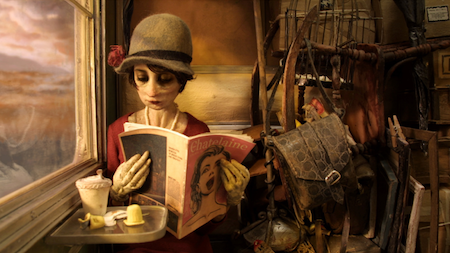 Madame Tutli-Putli boards the night train, weighed down by all her earthly possessions and the ghosts of her past.

She travels alone, facing both the kindness and menace of strangers. As day descends into dark, she finds herself caught up in a desperate metaphysical adventure. Adrift between real and imagined worlds, Madame Tutli-Putli confronts her demons and is drawn into an undertow of mystery and suspense.

The National Film Board of Canada presents this 2008 Academy Award nominated stunning, stop-motion animated film that takes the viewer on an exhilarating existential journey. The film introduces groundbreaking visual techniques and is supported by a haunting and original score. Painstaking care and craftsmanship in form and detail bring to life a fully imagined, tactile world unlike any you have seen. 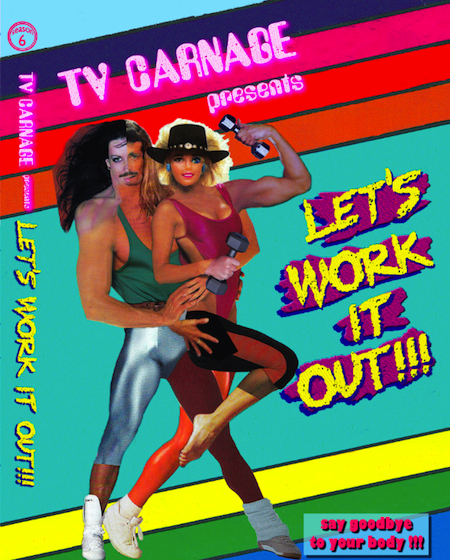 SAY GOODBYE TO YOUR BODY!  TV CARNAGE is back and buffer than ever with its latest release, Let’s Work It Out. This Season Six (-pack) edition of TV CARNAGE is a workout not just for your body but also for your mind and all of your senses. Whether you are of the girls or of the guys, this baby will tone, shape, and mutate everything from above your eyes to below your thighs. In fact, as we like to say around here: “Say goodbye to your body!” because a completely new unrecognizable you is just around the corner. The Let’s Work It Out routine—known as “The System”—is divided into simple, hard-to-achieve chapters that, when followed properly, are guaranteed to do something to you. If you don’t believe me, maybe you’ll believe some of the actual fitness gurus assembled on Let’s Work It Out!: O.J., Dolph Lundgren, Elmo, Dixie Carter, Marky Mark, Alyssa Milano, a Scientologist, a nice lady with brown hair, children, numerous creeps, grifters, drifters, weight lifters, doctors, and, of course, porn stars. So, come on, what do you have to lose besides your mind?

Special Thanks to our Sponsors: