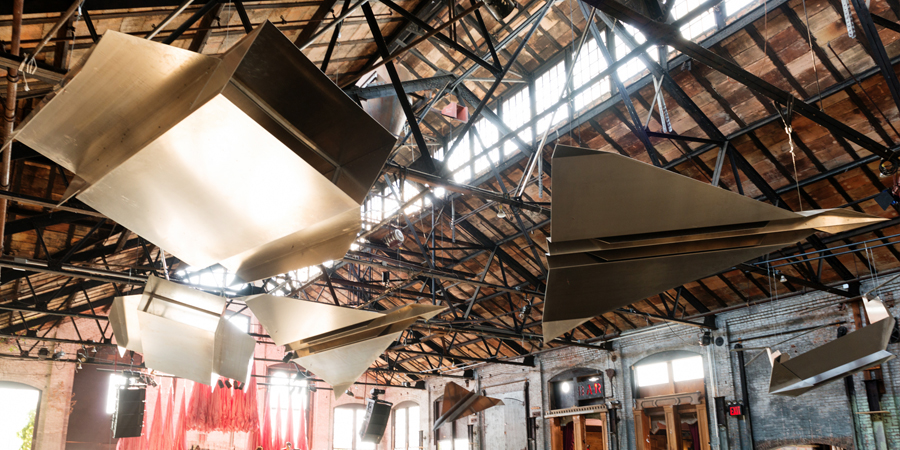 “What an excellent opportunity to set the stage and debut new works… I was mesmerized by the music.”
Marianne Vitale

Thank you for joining us in our factory on the river, seeing the spaces that we call home and making them all your own. We were honored to have the work of Marianne Vitale, Emma Kohlmann, Naama Tsabar, Jesse Draxler and Taeyoon Choi transforming every corner of Basilica SoundScape.