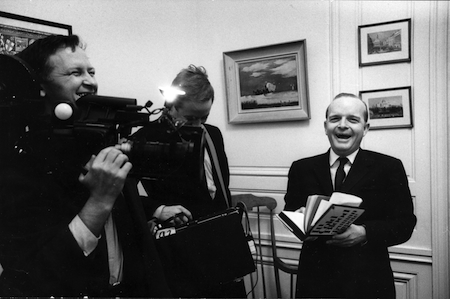 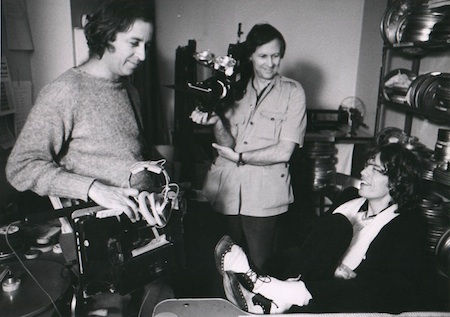 Friday, September 7
An Evening with ALBERT MAYSLES
Screening followed by a discussion with Albert Maysles, moderated by Jake Perlin.

The acclaimed documentary filmmaker whose filmography includes GREY GARDENS, GIMME SHELTER and SALESMAN, will be present to screen and discuss many rarely seen early works including GET YER YA-YA’S OUT!, featuring never-before seen archival footage from the celebrated chronicle of The Rolling Stones performance at Madison Square Garden, GIMME SHELTER (1970), MEET MARLON BRANDO, a candid portrait of the world-famous movie star and his tongue-in-cheek confrontations with the press during interviews about his most recent film in 1965, and truly unique footage from portraits of preeminent figures including Truman Capote, Salvador Dali, Muhammad Ali, and the beloved Beale’s from GREY GARDENS, and more.

GET YER YA-YA’S OUT!
Albert Maysles and Bradley Kaplan and Ian Marciewicz, 2009, 27 min.

Albert Maysles has put together never-before seen archival footage from the celebrated film GIMME SHELTER (1970), that shows the band — Mick Jagger, Keith Richards, Charlie Watts, Mick Taylor and Bill Wyman — at its apogee, wowing New York audiences at Madison Square Garden over Thanksgiving weekend in 1969. Beyond the full-length performances of five Stones songs — presented in surround sound — the film includes a cover shoot, rare backstage footage, a mixing session and more. The film premiered at the New York Film Festival.
“27 minutes of pure pleasure. An intoxicating snapshot of the Rolling Stones’ 1969 tour, this irresistible time capsule captures the band before they were a brand, and includes glimpses of Janis Joplin and Jimi Hendrix.” – Manohla Dargis, The New York Times 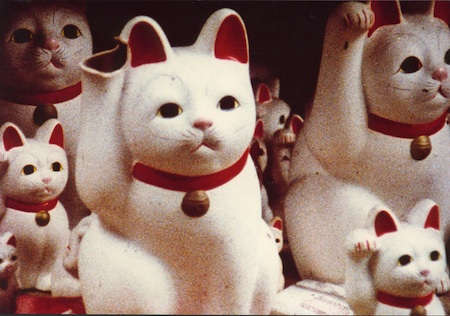 As a tribute to Chris Marker who passed away in July, Basilica Screenings will present his groundbreaking essay film SANS SOLEIL.

“Chris Marker, the enigmatic writer, photographer, filmmaker and multimedia artist who pioneered the flexible hybrid form known as the essay film, died on Sunday [July 29, 2012] in Paris. He was 91. […]
Sans Soleil, often acknowledged as the masterpiece among Mr. Marker’s late works, is one of his least classifiable, a free-associative mix of ethnography, philosophy and poetry. Purporting to be the footage of a fictional cinematographer accompanied by his letters to a nameless woman, the film roams from Iceland to Guinea-Bissau to Japan. […] A bar in Tokyo’s famous Golden Gai district is named for ‘La Jetée’ — an honor that Mr. Marker once said was ‘worth more to me than any number of Oscars.’”
–Dennis Lim, The New York Times.

Refiltering and synthesizing sounds and images with astonishing fluidity, Marker dissolves the distinctions between fiction and non-fiction film, offering the viewer the extraordinary sensation of simultaneously spanning the globe and being enclosed within someoneʼs mind. –New Yorker Films