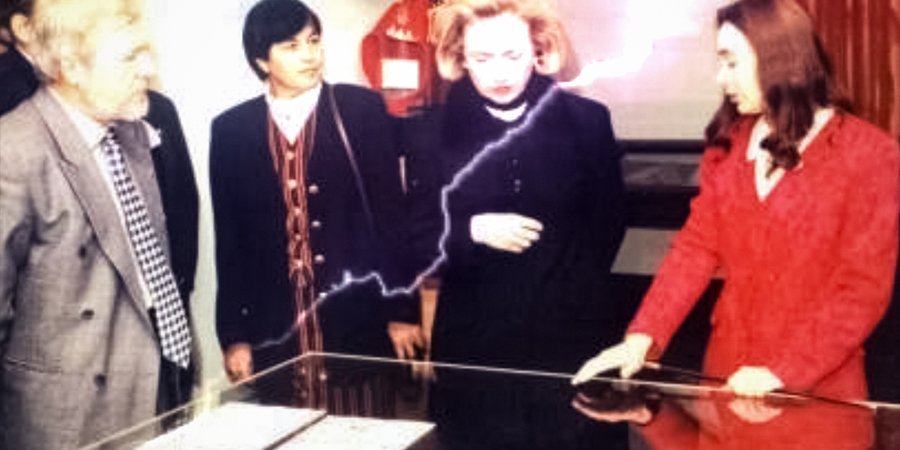 The Basilica Non-Fiction Screening Series will continue on June 20 with a screening of filmmaker Maxim Pozdorovkin‘s Our New President – a film about the news that is entirely devoid of true statements – with Pozdorovkin in conversation following the screening.

The story of Donald Trump’s election told entirely through Russian propaganda. By turns horrifying and hilarious, the film is a satirical portrait of Russian meddling in the 2016 election that reveals an empire of fake news and the tactics of modern day information warfare.

It all begins with Hillary Clinton and the curse of the Siberian mummy princess… A trip down the rabbit hole of fake news, Our New President is a satire about the Russian media and its take on American politics. Moving between Kremlin-controlled network news and colorful reinterpretations of this news diet by average Russians, the film charts Trump’s election using footage produced by Putin’s propaganda machine. Overseen by Dmitry Kiselyov, host of the most watched news program on Russian television, a media empire works overtime to sabotage Hillary Clinton while celebrating Donald Trump. Moving through Trump’s first year in office, one piece of fake news at a time, the film compiles material produced by three channels: Russia-1, Russia Today, and the formerly independent network, NTV. A film about the news that is entirely devoid of true statements, this is a portrait of modern-day propaganda and its dissemination across the world. Brace yourself for the “true” story of Our New President.

Maxim Pozdorovkin (Director/Producer/Editor) is the director of four documentaries and multiple shorts. His films include Pussy Riot: A Punk Prayer (Sundance 2013 Jury Prize) and The Notorious Mr. Bout (Sundance 2014). His documentary Clinica de Migrantes (HBO) was nominated for a 2016 IDA award. Maxim holds a PhD from Harvard University for a dissertation about early propaganda. Next, Maxim is directing How To Rob Banks for Dummies, a hybrid documentary about cult video artist Joe Gibbons.

Joe Bender (Producer) is a producer and cinematographer whose award-winning films have screened in festivals around the world. He most recently produced Our New President, which premiered at the 2018 Sundance Film Festival where it won a Jury Award. His latest film as Director of Photography, Clinica de Migrantes (HBO), was nominated for an IDA award in addition to winning multiple festival prizes. Joe has lensed documentary films and series for HBO, National Geographic, PBS, and TED, among others. He holds a Ph.D. from Harvard University.

Charlotte Cook (Producer) is a film curator, writer and producer. Charlotte is a co-founder and executive producer of Field of Vision, a film unit that creates short form, episodic and feature length creative visual journalism. Prior to Field of Vision, she was the Director of Programming at Hot Docs, North America’s largest documentary festival. In addition to her work at Field of Vision, Charlotte is currently a programmer at CPH:DOX.