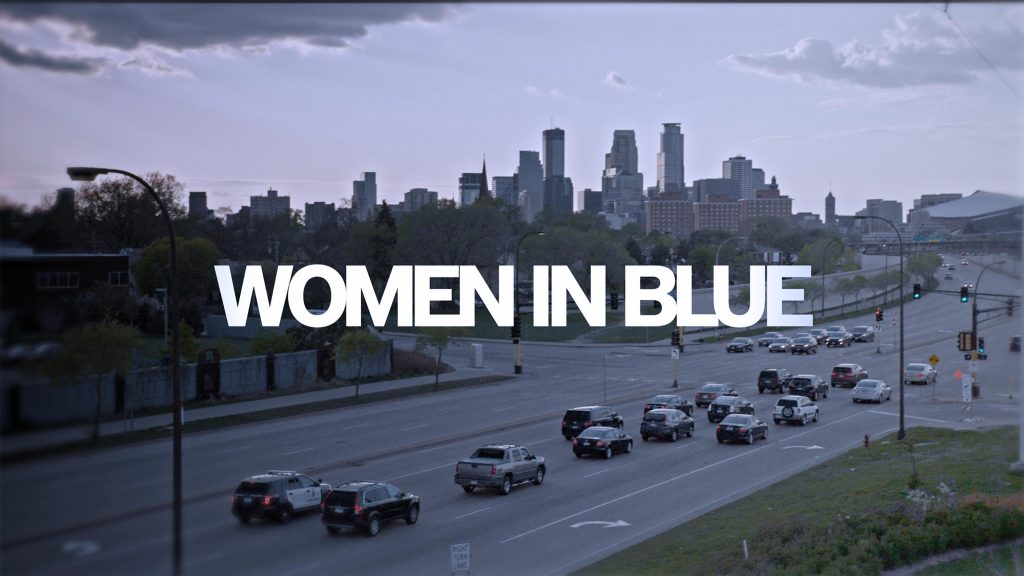 Despite the fact that our beloved factory is closed due to COVID-19 restrictions, we remain committed to bringing independent film to the Hudson Valley. Basilica Hudson is thrilled to partner with the Greenville Drive-In to move the Basilica Non-Fiction Screening Series OUTDOORS.  This event is FREE, with a suggested donation of $15 at the box office or made online to keep programs free, help sustain Basilica and support filmmakers. Capacity is limited to 125 cars, first come first serve.

Screened as part of Berkshire International Film Festival’s 2020 program, Women in Blue offers an unprecedented view into the inner workings of the Minneapolis Police Department, chronicling a department—and a community—grappling with racism and troubled history of police misconduct. Shot just a year before the killing of George Floyd by MPD officers on May 25, 2020, the film becomes a surreal chronicle of the tension building in the city like a powder keg. Women in Blue reveals the limitations of police reform through incremental change and asks questions that apply well beyond the city of Minneapolis.

Filmed from 2017-2019, Women in Blue follows Minneapolis’ first female police chief Janeé Harteau, as she works to reform the Minneapolis Police Department by getting rid of bad cops, retraining the rest, diversifying the ranks and promoting women—who statistically use less force than their male counterparts—into every rank of leadership. The film focuses on four women in Harteau’s department, each trying to redefine what it means to protect and serve. Could increased gender equity and more women —especially women of color— contribute to greater public safety? Read more HERE.

Director Deirdre Fishel and Producer Beth Levison will be on site to introduce the film and talk about the work their team is doing to update the film in consideration of the national uprising of protests against police brutality.

Basilica Hudson is a nonprofit that supports the creation and presentation of independent arts programming. We rely on donations to help us keep programs free to the public and pay artists. With the cancellation of the majority of our season due to COVID-19, we are facing a 75% budget shortfall. If you would like to make a donation to help us keep future programs free and support great filmmakers, please visit our donation page or make a cash donation at the box-office. Suggestion donation is $15.

Deirdre Fishel is a producer/director of documentaries and dramas that have premiered in competition at Sundance and SXSW, among many other festivals, and been broadcast in 35 countries worldwide.  Prior to WOMEN IN BLUE, she directed CARE which pulls back the curtain on the poignant, but largely hidden world of in-home elder care, exposing the cracks in the U.S. care system.  It premiered at AFI DOCS (2016), broadcast on America Reframed and had an extensive impact campaign. Earlier work includes STILL DOING IT:The Intimate Lives of Women Over 65, which was turned into a book co-written with Producer Diana Holtzberg  and RISK, a dramatic feature. Fishel is an Associate Professor and the Director of the BFA in Film/Video at the City College of New York.

Levison is an Emmy and Peabody-winning independent producer in NYC. Prior to WOMEN IN BLUE, she produced  MADE IN BOISE, which premiered at AFI DOCS 2019, was the series opener of Independent Lens’ 2019/2020 season, and is currently available internationally and on Amazon. Previously produced projects include the Emmy-nominated Personal Statement (PBS 2018), 32 Pills:  My Sister’s Suicide  (HBO 2017) and her independent documentary debut, LEMON (PBS, 2011).  Levison is a co-founder of the Documentary Producers Alliance, faculty with SVA’s MFA program in Social Documentary Film, and a member of the Academy of Motion Picture Arts and Sciences.

ABOUT BASILICA NON-FICTION SCREENING SERIES
This screening is part of Basilica Hudson’s Basilica Non-Fiction Screening Series, which explores the documentary genre through screenings and dialogue with visiting directors.

Now in its ninth year, Basilica’s film program has displayed a long-standing commitment to bringing independent and innovative voices in film to the Hudson waterfront, through new and repertory film and video art, often with filmmakers and special guests in conversation.

This free screening is made possible by Leigh and Dwight of the Greenville Drive-in and our partners at the Berkshire International Film Festival. Basilica Hudson’s Film and Media program is generously supported, in part, by the New York State Council on the Arts with the support of Governor Andrew M. Cuomo and the New York State Legislature, and the Alexander & Marjorie Hover Foundation.