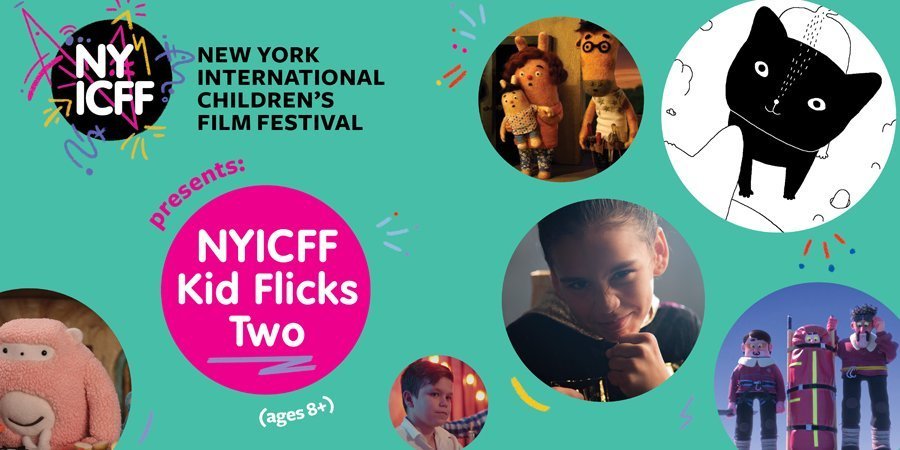 NYICFF Kid Flicks 2 bridges the gap between little and big for young audiences growing in experiences and ideas.

Take a wild ride and harness the (cat) power of the cosmos with the quirky film ​Catmos​. If you’re curious about more earthly matters, take a page out of a ​Field Guide to Being a 12-Year-Old Girl​. And whether their tastes lean umami or sweet, the duo in ​Mogu & Perol ​just might convince you there is simply nothing more delish than a warm friendship.

With these films and more, NYICFF Kid Flicks 2 shows you’re never too old to learn a few new tricks!

This screening will be part of a regular series of free Sunday afternoon matinee movie screenings, which will also include Kid Flicks 1 (ages 3-7) on Sunday, July 28, and Viva Kid Flicks (ages 8+, Spanish-language and Latino-themed) on Sunday, August 18.

MOGU & PEROL
Japan, Animation
Tsuneo Goda, 2018, 9 min
Whether their tastes lean umami or sweet, the duo here finds there is simply nothing more delish than a warm friendship.

RUNNING LIGHTS
Lithuania, Animation
Gediminas Siaulys, 2017, 11 min
A magical transfer of glowing energy and life is set into motion when one creature departs its earthly form.

JESSZILLA
USA, ​Documentary
Emily Sheskin, 2017, 7 min
A pugilist-in-training, Jess has big boxing aspirations, while her father worries and supports her in one-two alternations of his own.

CATMOS
Russia, ​Animation
Katya Miloslavskaya, 2017, 5 min
The (cat) power of the cosmos can fuel you once you connect your charger to the energy and yin-yang fusion of ​Catmos​.