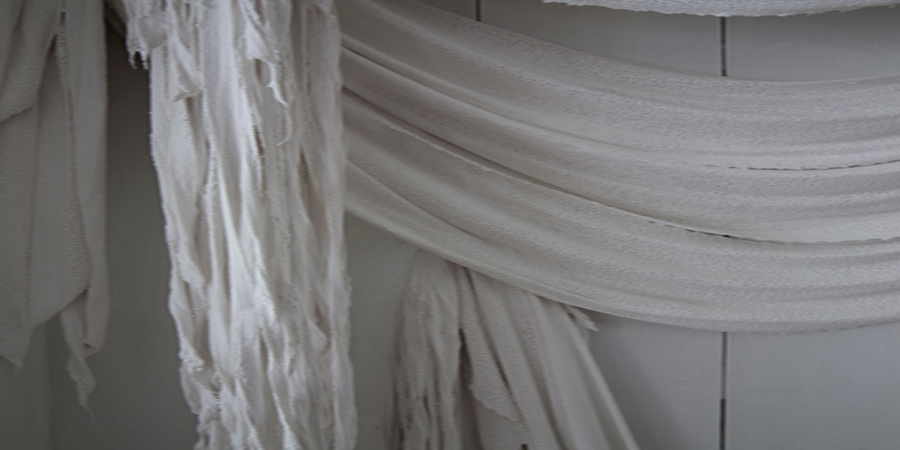 Basilica Hudson and Jeff Bailey Gallery are pleased to co-present, Sorrow in Sunlight, a solo exhibition of new work by Marc Swanson. In this new body of work, artist Marc Swanson examines the experience and emotions of moving from New York City to the Upper Hudson Valley through installation, sculpture, abstraction and metaphor. This new work explores a series of dualities including the Eternal and the Immediate; Nature and Culture; the Urban and the Rural; Strength and Fragility; the Past and the Present. Swanson has created a poetic response to this personal journey with a large sculptural installation that gratefully acknowledges the Hudson River School and Rural Cemeteries.

About Marc Swanson
Marc Swanson is a contemporary American artist whose work brings together formal preoccupations and references to personal history and identity conflict. He works in a variety of media, including sculpture, drawing, video, photography,and complex installations. As art critic David Velasco notes, “Swanson is an auto mythologist, one who excels in crafting sparkling, enigmatic totems from the messiness of his own history; there kitsch and confession dovetail to reveal, not obscure, visceral thirsts.” Marc Swanson’s work has shown nationally and internationally at institutions such as The Whitney Museum of American Art (NYC), PS 1/MoMA (NYC), The New Museum of Contemporary Art (NYC), The Museum of Art and Design (NYC), Walker Art Center (Minneapolis), Kemper Museum of Contemporary (Kansas City) St. Louis Museum of Art (St. Louis), Contemporary Arts Museum of Houston (Houston), Saatchi Gallery (London), and Tensta Konstall (Stockholm).

Please join us on Saturday, August 20th at 4PM for a special event featuring readings by Jack Ferver and Chris Freeman.

Jack Ferver is a New York based writer, director, and choreographer. He is a 2016 Foundation for Contemporary Arts Grant Recipient. His works have been presented at the New Museum; The Kitchen; The French Institute Alliance Française, the Museum of Arts and Design,  the Richard B. Fisher Center for the Performing Arts at Bard College,  American Dance Institute, Diverse Works in collaboration with the Contemporary Arts Museum of Houston (TX); and Théâtre de Vanves (France).  As an actor he has appeared in numerous film, television, and theater projects.

Chris Freeman is an artist, writer and drag race car and truck builder/racer who lives and works in Hudson, NY. His work has been shown in many galleries and institutions including The Drawing Center, The New Museum,  HERE and The Knitting Factory. His paintings can currently be seen at The Samuel Dorsky Museum of Art at  SUNY New Paltz, as part of the exhibition “Campsite.”