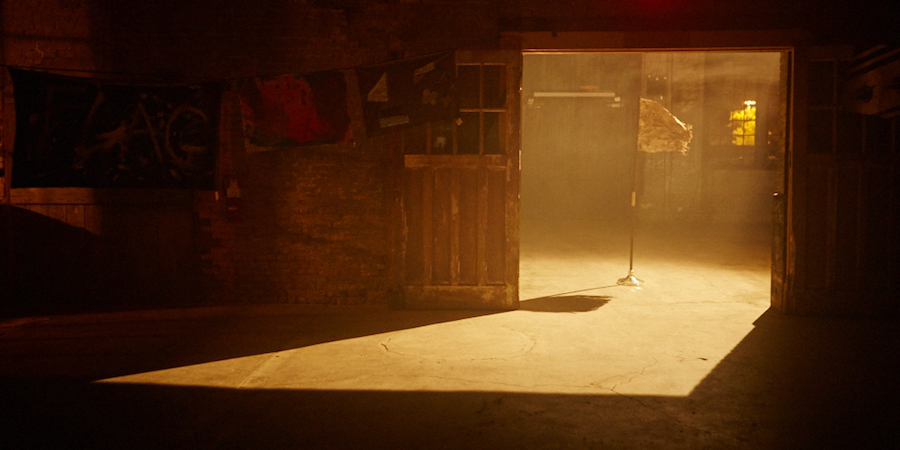 Our 7th season is upon us at our old factory down by the river.  The zoomed-out world is a strange place.  Be that as it may, the zoomed-in mighty microcosm of Hudson — and Basilica standing within it — teems with artists and activists, farmers and chefs, makers and doers. It’s time to roll up our sleeves and get back to work.

7 seasons, 7 seas, 7 continents on this planet, 7 musical notes in the diatonic scale, and 7 annual Basilica programs coming back around again… couldn’t be more perfect, really.  To add, this year we’re doubling down with a few special programs and new partnerships.  Check it out below!

Suggested donation; no one will be turned away for lack of funds
The Hudson River, like many waterways around the world, has long been treated like an infinite waste barrel, a dumping ground for toxic chemicals, hazardous waste and trash. But for the past fifty years an amazing collection of environmental groups – Riverkeeper, Scenic Hudson, Clearwater and many more – have worked to revive the Hudson and the beautiful valley that surrounds it. These accomplishments remind us what a resilient resource the river is. The expanding web series, The Hudson, A River At Risk, by Oceans 8 Films, reports on a handful of serious and growing threats to the river. Join us in Basilica’s North Hall screening room for this special event and discussion with the filmmakers and representatives from Hudson River advocate groups. Check our website for updates.

2017 marks our biggest DRONE yet, as our series expands to satellite programs in Canada and the UK — 3 DRONES, 3 COUNTRIES.  We presented 12-HOUR DRONE: EXPERIMENTS IN SOUNDS OF WINTER last month (February 3 at Duncan Sportsplex as part of Winnipeg Symphony Orchestra’s annual Winnipeg New Music Festival). Next month, we travel across the pond to the UK!

Basilica Hudson and Le Guess Who? have been invited to curate one of Fat Out Fest’s stages, presenting a nine-hour installment of DRONE at the Fat Out’s Burrow Stage inside the Islington Mill club space. Other curatorial partners putting together their own stages include Lisa Meyer (Capsule/ Supersonic, UK), Anthony Chalmers (Baba Yaga’s Hut, UK), John Doran (The Quietus, UK), Garth Be (Sweet Sticky, UK) and Joaquim Durães (Lovers & Lollypops, PT).

We are already excited for spring when warm light will beam through the windowpanes of our old industrial factory by the river once more, welcoming back one of Basilica Hudson’s most beloved annual programs, 24-HOUR DRONE: EXPERIMENTS IN SOUND AND MUSIC.

Music has the power to bring people together where words and actions fail. Drones, or sustained tones shaped by voice or instrumentation, transcend time, genre and music itself. An immersive event and all-encompassing experience, 24-HOUR DRONE is a roving, international series presented by Basilica Hudson and Le Guess Who? in collaboration with Second Ward Foundation and Wave Farm / WGXC, featuring musicians and sound artists experimenting within the spectrum of drone.

24-HOUR DRONE will start with a bang, in tandem with the Hudson Valley version of the People’s Climate March (more details to be announced next week), and will end on a high note, with the WGXC Record + Media Fair in Basilica’s Back Gallery!

The first weekend of May brings our second annual Basilica Farm & Flea Spring Market, in time for Mother’s Day gifts and a much-needed end-of-hibernation celebration! With such a variety of makers, collectors and farmers harnessing the spirit and beauty of the Hudson Valley in their own way, Spring Market will create a dynamic weekend of celebration and renewal. Picture spring dresses, vintage garden sets, wild edibles and maybe even a maypole.

Visitors can shop handmade and vintage goods, purchase locally-made added value food products and eat farm-fresh food. General admission for the whole weekend is only $5 and free for children under 12.

Hudson’s annual Flag Day celebrations — including a big parade and fireworks show courtesy of Hudson’s Elk’s Lodge #787 — are a David Lynch-Americana Dream Come True! Cloaked by night and surrounded by colorful explosions, Basilica’s (FREAK) FLAG DAY is a freakier counterpart to the city’s festivities, featuring performances and dancing into the wee hours. The evening kicks off at sundown with the best seat in town for Hudson’s spectacular fireworks display (one of the largest in the Hudson River Valley launched from Basilica parking lot!), and the freaky festivities take off from there.

This year, we wave all flags as we come together for this annual ritual of inclusion — what’s your flag? All flags welcome!

Artist lineup to be announced, but past FFD’s have included Light Asylum and Shannon F, Black Pus, Mirror Mirror, Woods, darkwave comedy and gothed-out DJs. Join us for the flag, the fog, and the freaks. DARK. SHARP.

We welcome Jonah Bokaer and dancers back to Basilica’s Main Hall for the third time since Basilica’s inception, for a performance run of their repertory piece, OCCUPANT. Created in 2013, OCCUPANT is one of the few iconic pieces of choreographer Jonah Bokaer with long-time collaborator, visual artist Daniel Arsham. The work was inspired by Edward Albee’s 2001 play of the same name, staging the now-dead, wildly flamboyant sculptor Louise Nevelson against an anonymous interviewer for posthumous questioning. Bokaer’s production takes place on a monochromatic, blue-hued stage where Arsham’s scenic elements and original sculptures: including plaster casts of relics objects such as 35mm cameras, super 8 cameras, and reels of film. Performed by Tal Adler-Arieli, Sara Procopio, Betti Rollo, the music is by Ryoji Ikeda, and with a special appearance by Bokaer.

Catskill High Peaks Festival returns to Basilica Hudson with chamber music from the “high peaks” on the other side of the river, featuring the festival’s renowned faculty and international rising young artists performing chamber music in Basilica’s North Hall.  Filling Basilica’s resonant space with an exuberant display of virtuosity and talent, the program will feature works by women composers—an often-overlooked area of the classical canon.  Ensembles include cello chorus, string quartets, sextets and mandolin orchestra. Marking the centennial of women’s suffrage in New York State, Clara Schumann, Fannie Mendelssohn, Rebecca Clarke, Ethel Smyth and other historic and contemporary composers make their Hudson debuts in the soaring post-industrial Basilica space.

A program of Close Encounters With Music, the Catskill High Peaks Festival is a teaching and performance summer festival, based at the Carey Institute for Global Good in Rensselaerville, NY, that combines a residency program for 50 hand-picked emerging artists from around the world with evenings of classical music concerts for the public. Now in its 8th season, Music from High Peaks has been heard throughout the Hudson Valley-Berkshire region—at the Norman Rockwell Museum in Stockbridge, in the orchard at Olana, at historic Clermont, at the Doctorow PAC in Hunter, the Orpheum Theater in Tannersville, and the Bridge Street Theatre in Catskill.

Basilica SoundScape, called “one of the more adventurously curated and intimate programs in the NY area”, is presented in collaboration with The Creative Independent.

Basilica Hudson’s Pioneering People Series is an annual program celebrating pioneering artists across a range of disciplines and includes a benefit performance. The inaugural program featured the one man show of visionary filmmaker and one-of-a-kind personality John Waters, and 2016’s edition featured Montreal native and celebrated troubadour Rufus Wainwright. Who will grace the stage this October? Watch this space for more info!

Born Thanksgiving Weekend 2013 as the Anti-Black Friday big sister goddess, Basilica Farm & Flea Holiday Market is part timeless flea and farmer’s market and part 21st century craft and design fair, showcasing the wealth and splendor of the Hudson Valley’s artisanal talents. The Holiday Market is inspired by the abundance of passionate and talented farmers, collectors and artisans in the Hudson Valley.

Each market features a diverse group of regional vendors selling their wares alongside locally-sourced, farm-fresh foods. The markets embody love of vintage and recycled, locally-sourced agriculture and the beautifully handmade. With over 10,000 square feet of raw space, Basilica Farm & Flea Holiday Market is the only market of this scale in the region, an integral part of Basilica Hudson’s arts and cultural programs.

Basilica Screenings Series
Spring through fall; dates to be announced

Basilica Hudson’s bi-monthly screening series is an opportunity to discover a world of moving images outside the mainstream. This year’s series will focus on documentaries, co-curated by Basilica Co-Founder Tony Stone and Chris Boeckmann of True/False Film Fest.

Basilica’s 2,000-square-foot Back Gallery has been dormant during this long winter, but since September our walls have proudly included a mural by Hudson-based visual artists Sonia Ruscoe and Elbert Perez. Read more about their Hudson Alt-Herstory here. Hudson remains the central muse for upcoming artist in residence in our Back Gallery space, including local visualmedia artist Tristan Schippa, inhabiting the space for the remainder of blustery March — more on that soon! And stay tuned for more goings-on in our shape-shifting gallery as we approach summer, housing various artists and curators, many of whom call the Hudson Valley home.

In the spirit of celebrating and giving a platform to the glorious agriculture and food-makers of our region, we announce the start of our very own Chef-in-Residence with none other than  Nicole LoBue of Alimentary Kitchen. Through her many years working as a chef in the Bay Area to her time spent as Co-Director of our sister organization Kite’s Nest (located on Basilica’s campus), to the countless hours she and her team have spent cooking for the masses during Basilica events (from season 1 onward!), Nicole’s range and depth of experience as a culinary master and educator is hard to beat.  We’re lucky to have her!

Nicole will be spending this year implementing some new ideas for programs, and activating her community of makers, healers and designers to create new food-related programs and educational offerings at Basilica.  Stay tuned!

Last seen as a pop-up bookshop during Basilica Farm & Flea Holiday Market in support of Planned Parenthood, next up for our Psychic Green Trailer is an apothecary made by Wild Gather… with big dreams of an electric car charging station and think-place of what the 21st century needs to refuel and recharge.

Basilica is honored and filled with excitement over Wild Gather’s upcoming spring awakening and inhabitation / transformation of our Psychic Green Trailer, breathing new love and life into a relic of our waterfront’s industrial past. Wild Gather is a Hudson based herb school offering a 5 month foundational herbal program, and additional workshops and events facilitated by Lauren Giambrone, Nicole LoBue and Mandana Boushee. The program speaks to their mutual desire to continue and maintain the integrity and soul of the tradition of Herbalism. Their mission is to support folks in building connections with plants and their many habitats. Their work is rooted in the time-honored practice of gathering and growing herbs. They honor the medicine, food, fiber, and teachings from the plants that grow around and beside us. They wish to simultaneously nurture our unique bioregion and culture here in the Hudson Valley, while empowering folks to delve into their own ancestral and intuitive medicinal ways. They weave Social and Health Justice themes into their work as Herbalists and exercise its use as a political tool. They aim to create a safe, dynamic, and accessible foundational space for all to gather in their learning of Herbalism and self care.

Wild Gather will be hosting workshops, pop up events, herbal hangouts, and essentially, a way to gather and unite around Herbalism, plants and self care — all at Basilica’s Green Trailer. Their first Herbal Hangout + Pop Up Shop will be Sunday, March 26th from 1-4pm. Email wildgather@gmail.com to be put on their mailing list to hear of future events and classes.