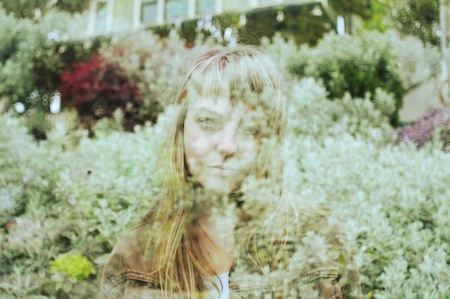 If there is one thing that great musicians have in common, it is the compelling way they combine an admirable fearlessness with something vulnerable, something relatable and truly inviting. It’s a tricky cocktail to mix, but it unifies the great singers of virtually every genre, from the the most understated folk singers to the very glitziest pop stars. Angel Olsen is one such artist, and she joins the Jagjaguwar family armed with a voice that is remarkable, evocative and stark, comforting and startling.

Raised in St. Louis and now based in Chicago, Angel Olsen began singing as a young girl. She described to FADER, “when I reached a certain age, when I reached 15 or 16, I started to sound really different, and I don’t know where it came from or what exactly inspired it. I felt really comfortable singing loudly and letting my voice go all over the place…experimenting with volume and different types of music. Recording a lot, like when I was a little kid I would record on tapes a lot and listen to the recordings and harmonize with those recordings and then try and experiment with sounds, and then re-record over them. I feel like that’s the most natural process of teaching yourself anything. Listening and recording and listening and recording.”

That process — of listening and recording and listening and recording — has imbued her music with a confidence and wisdom that extends as much to her arrangements as to the voice that defines her music. What accompanies Angel’s voice might be the ambient sigh of a guitar chord, or the somber march of a snare, or a twirling melody met with an itchy little shaker. But it is purposefully subtle, leaving her voice front and center at nearly all times, freeing it to occupy the smallest nook or command a seemingly endless space. Moreso than powerful, Olsen’s voice is unforgiving.

And it’s little surprise, then, that her work is inspired by what she describes as “being home, feeling home within yourself. Simple things like homes and existence and death and birth.” Her music is defined by many of the same signposts by which folk music first defined itself — resonant images, bold voices, deeply human tones. And so Olsen is, to turn a phrase, bringing it all back home.