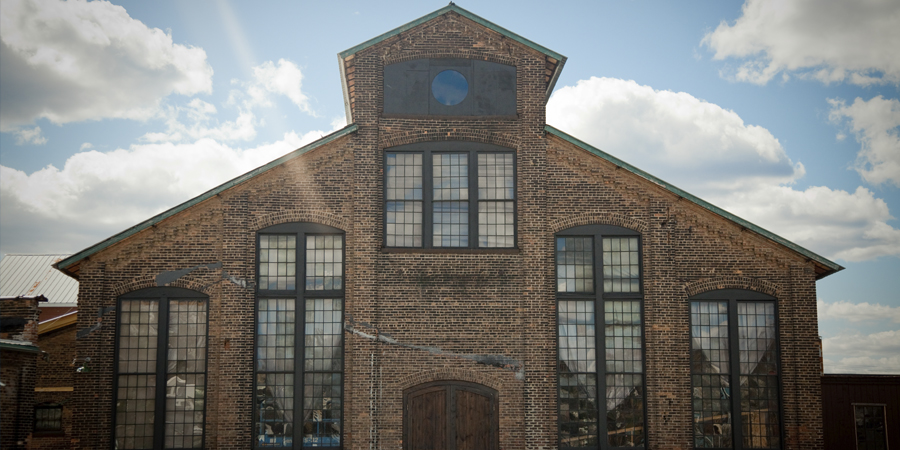 Deeply rooted in its community, Basilica Hudson has evolved in tandem with the City of Hudson’s ongoing transformation and has drawn inspiration for its mission and programs from the city’s eclectic and epic history, as well as the regional geography and history. Through its programs, Basilica Hudson invites audiences to discover Hudson and the region, and strives to forge experiences that aspire to the scale, grit and beauty of its surroundings. Historic Hudson serves as a gateway to riches of the Hudson Valley, and reflecting the historical and agricultural spirit of the region, the city is increasingly recognized as a destination for music, food, art, antique, vintage, and history enthusiasts.

Basilica Hudson’s artistic program has taken shape through collaborations with many partners, visiting artists, and friends, supported by adventurous audiences and community members. Drawing inspiration from its location — from explorers past, to the Hudson River School painters, through the industrial revolution, and now finding a new resurgence here in art, agriculture and community — in addition to its regular arts programs, Basilica Hudson has expanded its roster of programs with each season to include a range of community programs, reaching into the admirable history and resurgence of agriculture and farming in the Hudson Valley. Major annual events anchor the full roster of programs, including:

— 24-HOUR DRONE, an immersive 24-hour event and all-encompassing experience, featuring musicians and sound artists experimenting within the spectrum of drone, an event that embodies Basilica Hudson at its most experimental and experiential — pushing the boundaries of what a communal, conceptual experience can be. Co-presented with Le Guess Who? (April).

— Basilica Farm & Flea marketplaces are inspired by the abundance of passionate and talented farmers, collectors and artisans in the Hudson Valley. Part timeless flea and farmer’s market and part 21st century craft and design fair, three marketplaces each year showcase the wealth and splendor of the region’s artisanal talents.  (May and November)

The spectacular building, a glorious industrial church (an 1880s factory space that has seen many iterations, from forge and foundry through knitting mill through glue factory and now an arts center)  serves as a muse for the cultural program, offering a striking backdrop to all of Basilica Hudson’s programs. The broad range of programming is presented April to November each year, and welcomes a range of local, regional and national audiences.

Please consider making a donation! Contributions for the charitable purposes of Basilica Hudson are tax-deductible to the extent permitted by law.  We are dreaming big and every dollar counts! You can nurture our efforts by making a tax-deductible donation.