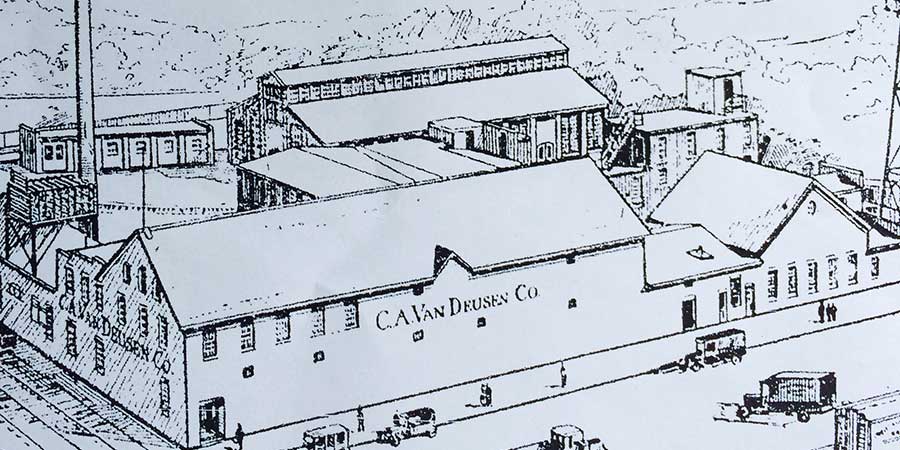 Originally built in 1880 as a forge and foundry for steel railway wheels (later housing a glue factory until the 1980s), the building has since been stripped down to its architectural bones: industrial windows, brick walls, terracotta ceiling tiles and an intricate steel truss system. The grand Main Hall is the principal space for large-scale events and productions. Framed by the iconic Hudson River School skies and Catskill Mountains, Basilica’s variety of indoor/outdoor spaces and abundant light make it a singular site for a wide range of public gatherings.

In a spiritual meeting of minds in 2010, previous owner/visionary Patrick Doyle approached Basilica Hudson founders Melissa and Tony to take over the building. They began to fill the commanding space with the work of artists they love, starting with music and film. Over the course of five years, complementary programs in visual art, performance, regional food and culture were added to Basilica’s seasonal offerings.

Basilica Hudson’s vision has taken shape thanks to our many partners, collaborators, visiting artists, friends, adventurous audiences and community members. This process has been equally informed and inspired by the city of Hudson’s eclectic and epic history. Basilica continues to evolve in tandem with the city of Hudson’s ongoing transformation.

Basilica is honored to pursue and expand upon Patrick Doyle’s original mission: to utilize the building as a platform for unconventional art experiences. Patrick acquired the building in 2000 and bravely gutted and stripped it of its glue factory insides. He brought life into the building, transforming it into a gathering space for the local community, with music, art shows and theater. 2003 ushered in Basilica’s first significant music event, as Patti Smith gave a benefit concert for The Friends of Hudson Foundation in protest against the development of a massive cement plant that would have occupied Hudson’s beautiful waterfront in Basilica’s backyard. The fight against the plant was successful — environment and community over profit!

Having gained 501(c)(3) non-profit status in 2015, the organization continues to grow and evolve sustainably, affording the residents of Hudson and beyond ample opportunity to engage and exchange down at the Hudson waterfront for years to come.