A Special Literary Evening with… 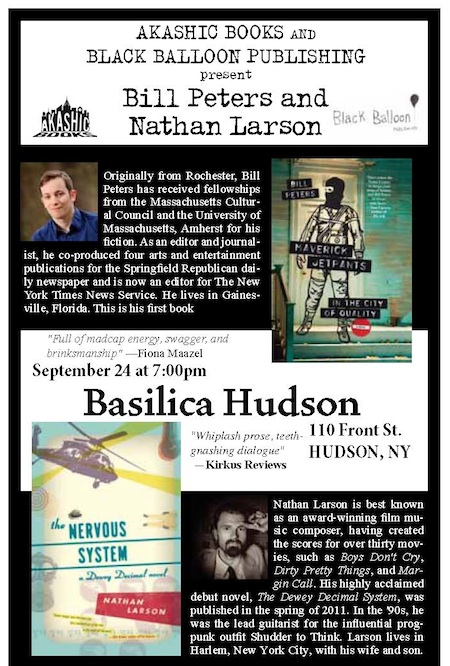 Originally from Rochester, Bill Peters has received fellowships from the Massachusetts Cultural Council and the University of Massachusetts, Amherst for his fiction. As an editor and journalist, he co-produced four arts and entertainment publications for the Springfield Republican daily newspaper and is now an editor for The New York Times News Service. He lives in Gainesville, Florida. This is his first book.

Nathan Larson is best known as an award-winning film music composer, having created the scores for over thirty movies, such as Boys Don’t Cry, Dirty Pretty  Things, and Margin Call. His highly acclaimed debut novel, The Dewey Decimal System, was published in the spring of 2011. In the ’90s, he was the lead guitarist for the influential progpunk outfit Shudder to Think. Larson lives in Harlem, New York City, with his wife and son.