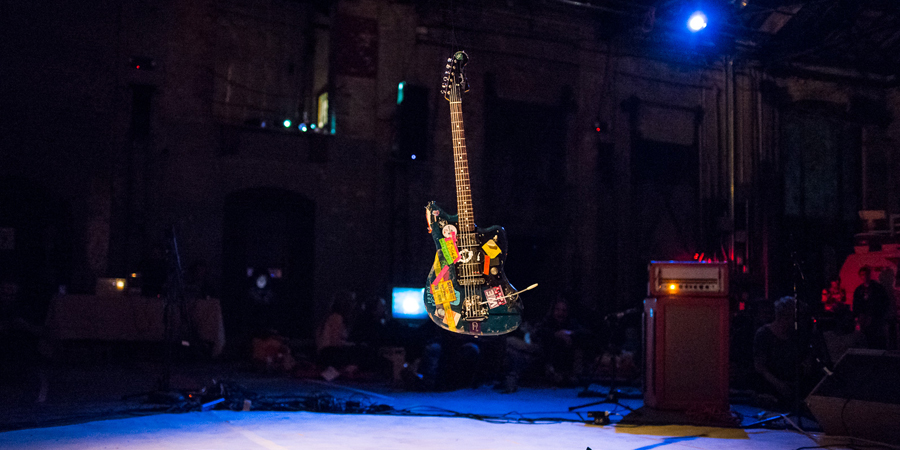 Music has the power to bring people together where words and actions fail.
Drones, or sustained tones shaped by voice or instrumentation, transcend time, genre and music itself.

An immersive event and all-encompassing experience, 24-HOUR DRONE is a roving, international series presented by Basilica Hudson and Le Guess Who?, featuring musicians and sound artists experimenting within the spectrum of drone to create 24 hours of unbroken, uninterrupted sound.

Through this expanded programming, 24-HOUR DRONE strives to break down barriers across borders, offering an opportunity to connect diverse musical communities and traditions, offering a localized snapshot of DRONE within the larger context of universal sound.

24-HOUR DRONE’s immersive and meditative nature emphasizes communion. This is a shared experience devoted to unifying players and listeners alike.

We aim to bring cultures together, demonstrating the diversity inherently present within all music. The cross-pollination of instrumentation, musical traditions and culture creates a tapestry of human experience, elevating the whole, greater than the sum of its parts. Diversity of sound links uncommon components through a seamless sonic and communal experience, with connections and dialogues opened in unexpected ways.

The idea for 24-HOUR DRONE was sparked years ago during a late-night New Years Eve conversation in Hudson, NY between Basilica Hudson’s co-founders  and the organizer of the Netherlands’ Le Guess Who? music festival.

On that cold winter night, Melissa Auf der Maur, Tony Stone and their Dutch houseguest Bob van Heur gazed at Basilica Hudson’s 1880s industrial factory from their balcony, and it called to them: “24 hours of sound please!”

This drone dream was the eventual owners’ first impression of, and intention for, the building when they began their art and community programs in 2010. In 2014 the dream was realized, and 24-HOUR DRONE was born.