Our ninth season of programming saw filmmakers and film enthusiasts experiment with the boundaries of the cinematic experience. From Zia Anger’s fourth-wall breaking performance piece MY FIRST FILM, to deep-dive documentary exploration, to SQÜRL’s live rescoring of Man Ray’s work at Basilica SoundScape, our 2019 season in film and media saw moving image find a home at each one of our programs. The big screen is potent, and the shared experience of coming together in film can be truly transformative. We were grateful for the continued support of like-minded partners and friends, whose generosity meant we were once again able to present our film program FREE!

Learn how you can support our non-profit arts programming as we move into our celebratory tenth anniversary season in 2020 here. 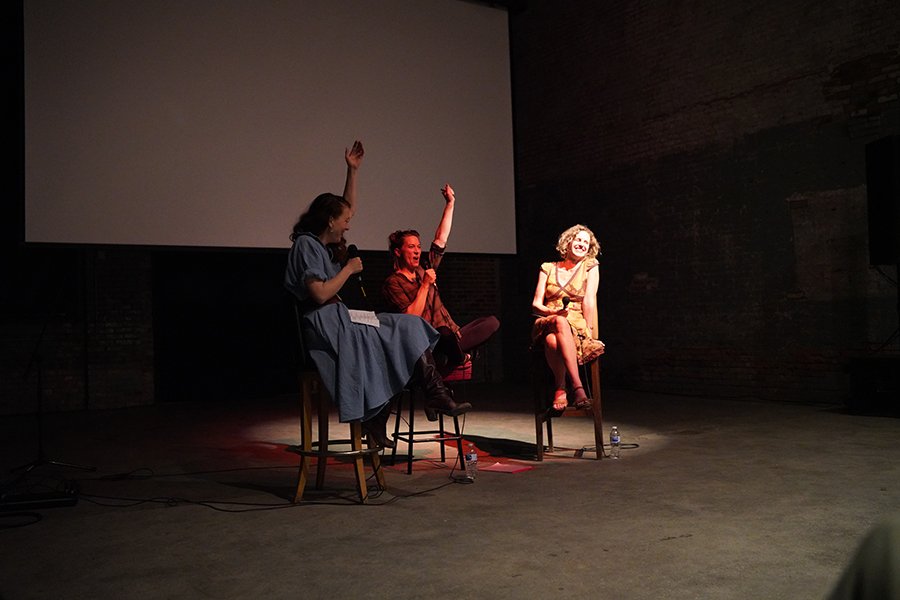 2019 was a season of both new and long-treasured partnerships for our fourth annual documentary screening series. With a focus on exploring the documentary genre through in-person, intimate post-screening discussions with visiting directors, we were proud to offer all screenings to the public for free, thanks to continued support from the New York State Council on the Arts with the support of Governor Andrew M. Cuomo and the New York State Legislature, and the Alexander & Marjorie Hover Foundation.

We kicked off our season in May with Brainiac: Transmissions After Zero, a loving look into the genre-busting musical pioneers Brainiac. The band are favorites of Basilica Co-Founder And Director Melissa Auf der Maur, who was interviewed for the film. We were educated and alarmed by Maxim Pozdorovkin’s Our New President, a composite documentary on propaganda comprised entirely of Russian state-sanctioned news clips. We were inspired by the gifting economies presented in Robin McKenna’s GIFT, and were serenaded following the screening by long-time friend of Basilica Amanda Palmer. Our collaborator Jon Bowermaster returned to present Ghost Fleet, which examines the human rights violations behind the seafood industry. Our friends from Albany-based youth film organization YouthFX joined us for a screening of short narrative films and documentaries by the young filmmakers in their program. Closing out the 2019 season, and in partnership with Berkshire International Film Festival, we hosted filmmaker Bonnie Hawthorne to introduce and answer questions on Dreaming of a Vetter World, her study of the Vetter Family Farm and its pioneering work into food sustainability. 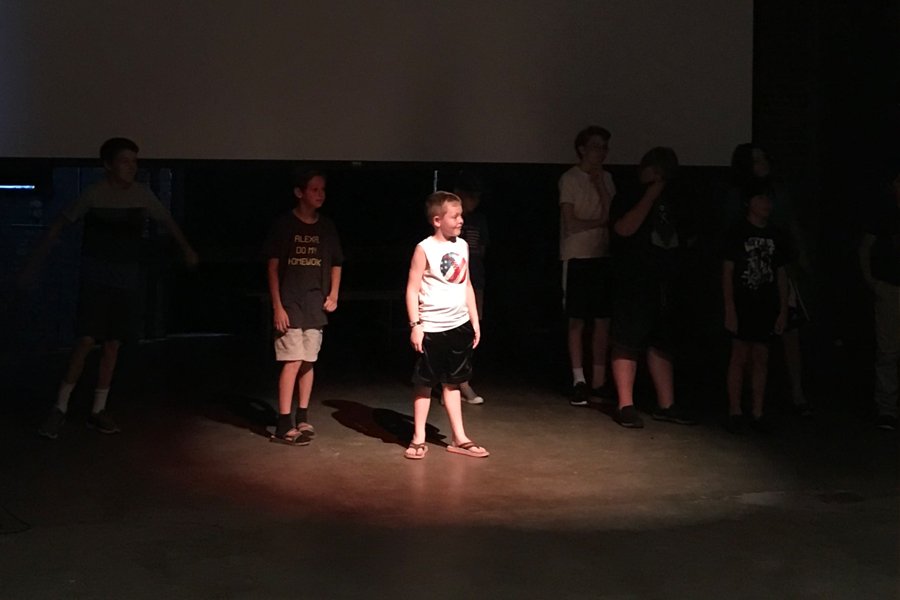 Our youth film programs continued in 2019, with free screenings in partnership with Hudson Area Library, Hudson Youth Center and the New York International Children’s Film Festival, designed to broaden access to free international film and animation screenings while engaging Hudson’s young minds with the power of film. In addition to our regular free public Sunday matinee screening series, young people from Hudson Youth Center and Hudson Area Library’s summer programs joined us for a field trip to learn more about the building and to enjoy a special screening of New York International Children’s Film Festival’s Kid Flicks series of global short films. The film work of participants in Hudson Area Library’s Hack The Library program was also on the big screen, with a free Sunday afternoon presentation for families and film-lovers alike. 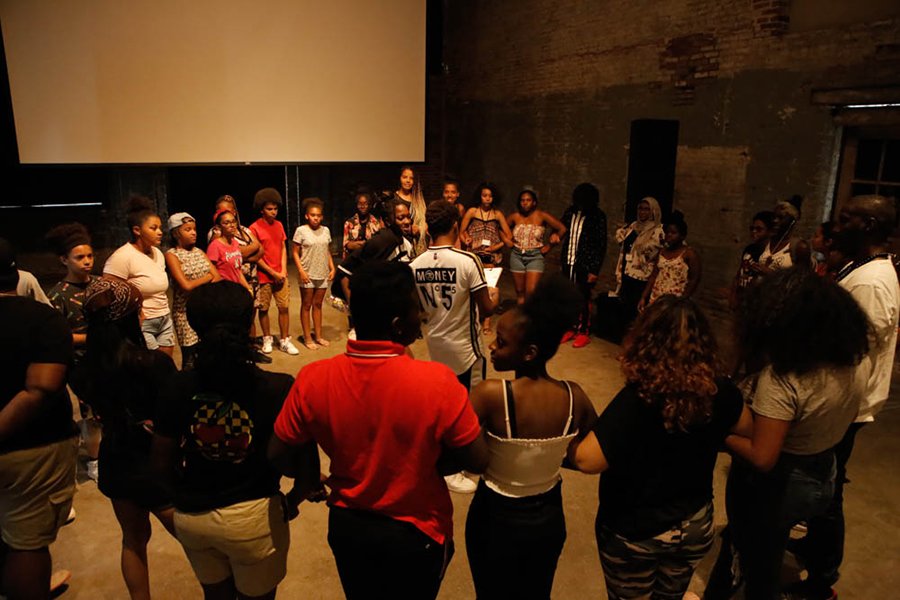 In our ninth season, our 150-seat North Hall cinema also hosted a selection of movies presented by local friends and partners to mobilize our community and encourage action on some of the issues facing our world today. Grassroots resistance group Indivisible Columbia NY hosted a screening of Rigged: The Voter Suppression Playbook, an exploration of the tactics being used to influence our elections, and of what citizens can do to reclaim our democracy. In the first week of their annual Social Justice Leadership Academy, our neighbors at Kite’s Nest hosted a teen-focused screening of the stirring Knock Down The House, which follows four women as they decide to fight back and, without political experience or corporate money, build a movement of insurgent candidates challenging powerful incumbents in Congress.

HUDSON AS MUSE IN FILM 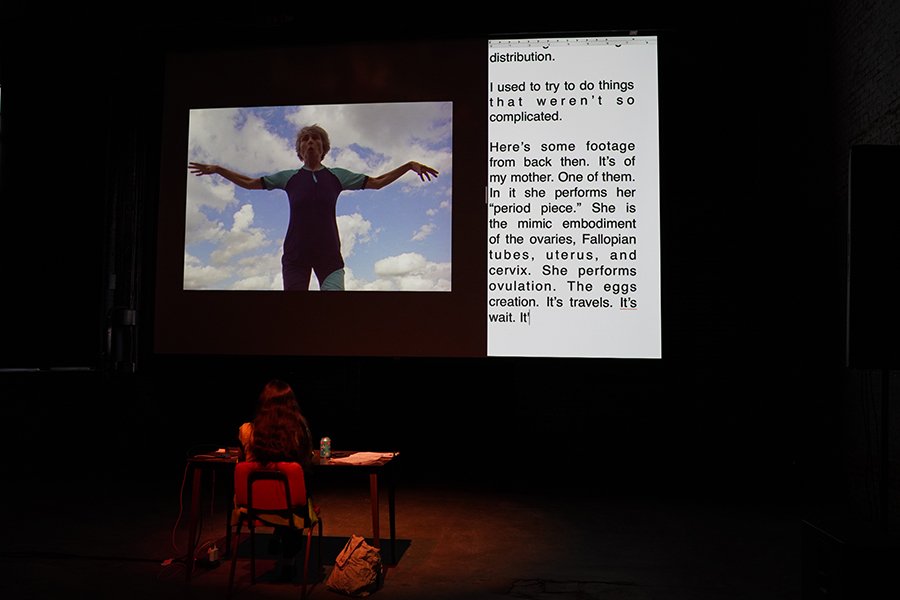 In May, with the support of the Martha Boschen Porter Fund, a Fund of Berkshire Taconic Community Foundation, filmmaker and artist Zia Anger launched our annual Basilica Back Gallery Artist In Residence Series with her performance piece MY FIRST FILM. Drawing on her own experience as an independent artist, MY FIRST FILM pushed the boundaries of what a cinematic experience could be. A dazzling mix of thoughtful reflection, cutting insight, hilarious commentary and intellectual stimulation, the piece – presented for free in our North Hall cinema – is a uniquely contemporary piece which has since gone on to tour internationally and to be named as one of New Yorker’s Best Movies of 2019. 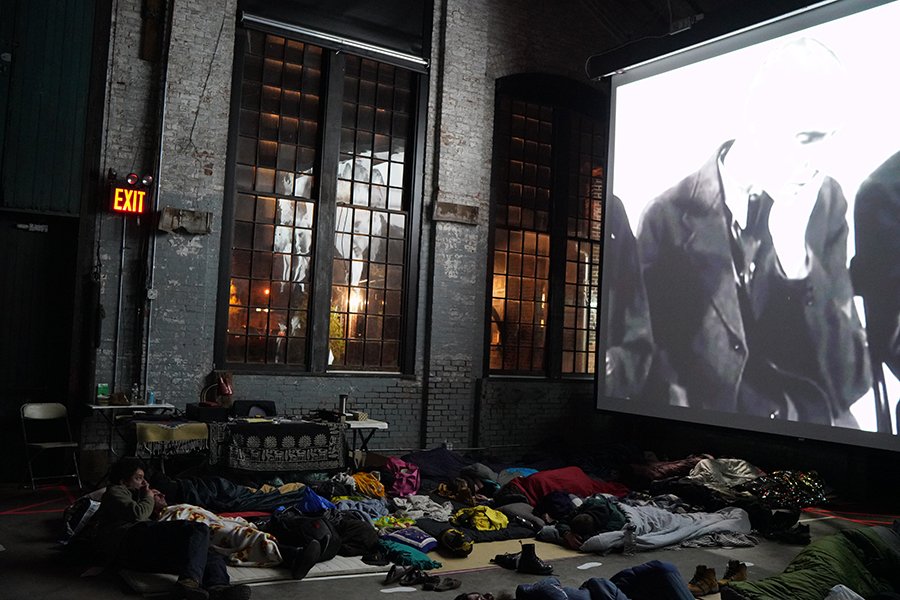 Our annual long-form homage to sound was complemented and enhanced by visual elements through all corners of the space. Video artist Ginny Benson’s installation, based on the rotation of the earth, used the cosmic positioning of the solar system to activate, process and glitch live camera feed throughout the Basilica space, resulting in a unique, site specific visual experience. In the North Hall, Second Ward Foundation’s Video Program, curated by Artist-in-Residence James Autery, presented a compilation of film from the collection of Second Ward Foundation and archival footage that examined and evoked various states of meditation.

As the closing set of Saturday night at our eighth annual weekend of music + art, duo SQÜRL coupled their distorted guitar-and-drums rock with visuals by Man Ray in a live rescoring for all the senses, presented in collaboration with our friends at Sacred Bones Recordings. Made up of Carter Logan and acclaimed filmmaker Jim Jarmusch, the band employ cassette recorders, loops, feedback, sad country songs, molten stoner core, chopped & screwed hip-hop and more in their frequent imaginary movie scores.

SUPPORTERS: Basilica Hudson’s Film and Media program is generously supported, in part, by the New York State Council on the Arts with the support of Governor Andrew M. Cuomo and the New York State Legislature, and the Alexander & Marjorie Hover Foundation. Zia Anger’s MY FIRST FILM was supported by a grant from the Martha Boschen Porter Fund, a Fund of Berkshire Taconic Community Foundation.