Part 3 of 4. For a short review of our whole season, please click here.

Our 2018 music program focused on presenting a genre-spanning, international array of artists pushing the boundaries of what is possible when collaboration and interaction are placed at the forefront. 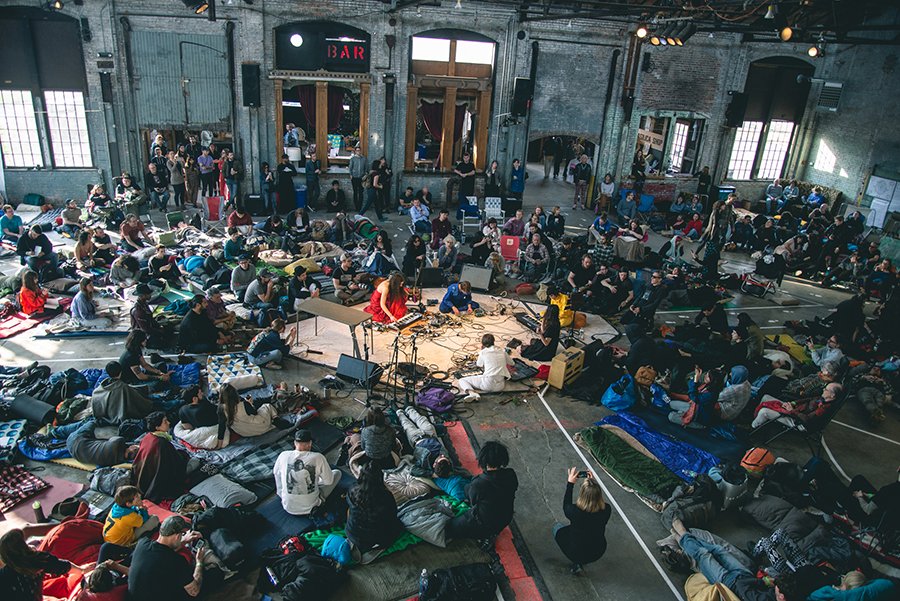 24-HOUR DRONE
DRONERS joined us from Russia to Hong Kong and from Hudson to Saratoga for our fourth annual 24-HOUR DRONE: EXPERIMENTS IN SOUND AND MUSIC, with most making the commitment to the full 24-hour long-form experience. Aided and sustained by healing food, the restorative reiki and meditative art and craft, DRONERS experienced a spectrum of sound from traditional Indonesian classical to inclusive and participatory acapella choral. With exchange and communion at its core, 2018’s 24-HOUR DRONE was everything we could have hoped for, a buoyant, transformative homage to sound, enjoyed and honored without the tight hands of time. 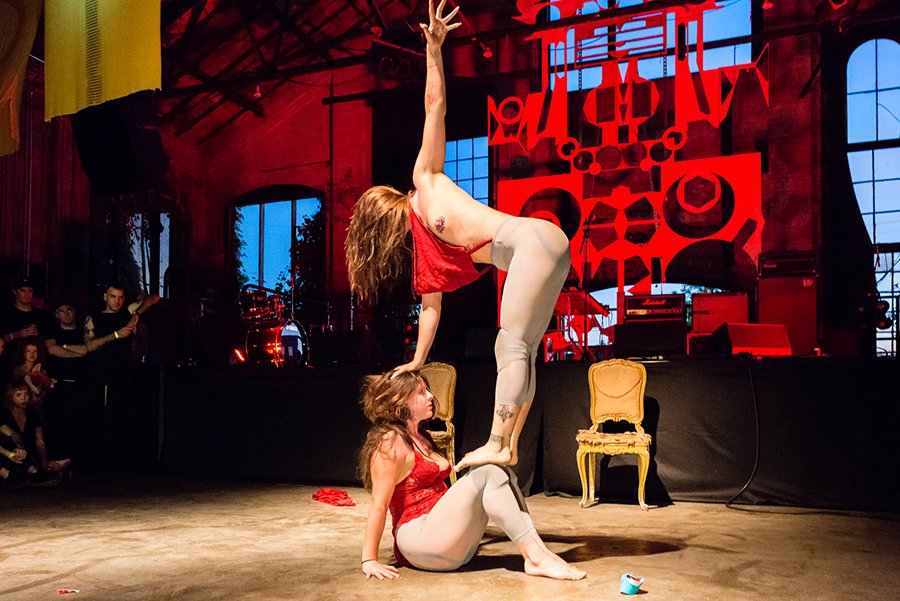 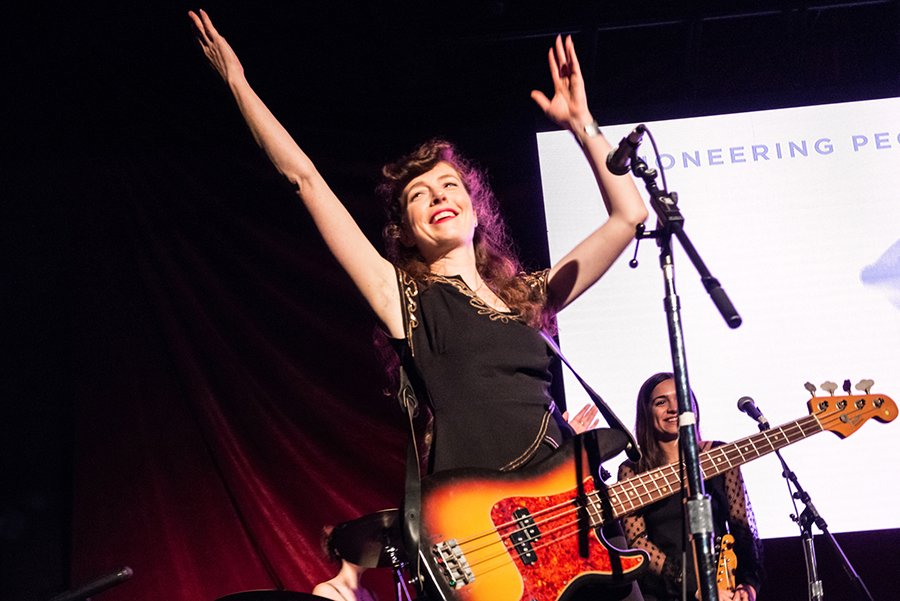 PIONEERING PEOPLE BASILICA BENEFIT: COURTNEY LOVE
“Courtney’s a Pioneer. Her legacy is vital to the voice of women in our culture. The passion she brings to her life and art fuels the long-fought battle for the empowerment of alternative voices as they take center stage at last! There’s no one as punk and fearless as Courtney, and she deserves a creative bouquet of honoring. Her power onstage is a massive force to be reckoned with. She broke new ground, combining raw and powerful rock music and lyrics of a singular feminist perspective, with her escapades as a Hollywood actress. Her legacy cannot be erased or confused by sexist or fearful critics. To have her at Basilica, and to rally around that legacy, is very healing for me personally, as her former bass player and old friend. It feels like our journeys as women are coming full-circle in tandem with this nation’s conflicted and shocking trajectory of women’s rights and women’s rage.”
Melissa Auf der Maur, Basilica Co-Founder and Director
Our biennial Pioneering People Basilica Benefit was an unforgettable night, filled with powerful performances, generosity, adventurous spirit and unique takes on Courtney Love’s art. We were honored to have so many incredible artists gracing the stage, and so many friends with us to share the magic and the power.

GODSPEED YOU! BLACK EMPEROR
Legendary Montreal musical collective Godspeed You! Black Emperor returned to Basilica Hudson in August. The band, who last performed at Basilica in 2015, joined us for their third performance at Basilica in support of their seventh full-length album Luciferian Towers. It was an honor to have the Montreal clan and opener Jessica Moss return to our industrial church for another evening of upstate sonic immersion. The band’s mesmerizing live music; sense-rattling, wall-of-sound performance; and clunky-beautiful film loops made for a perfect evening in our industrial art factory. 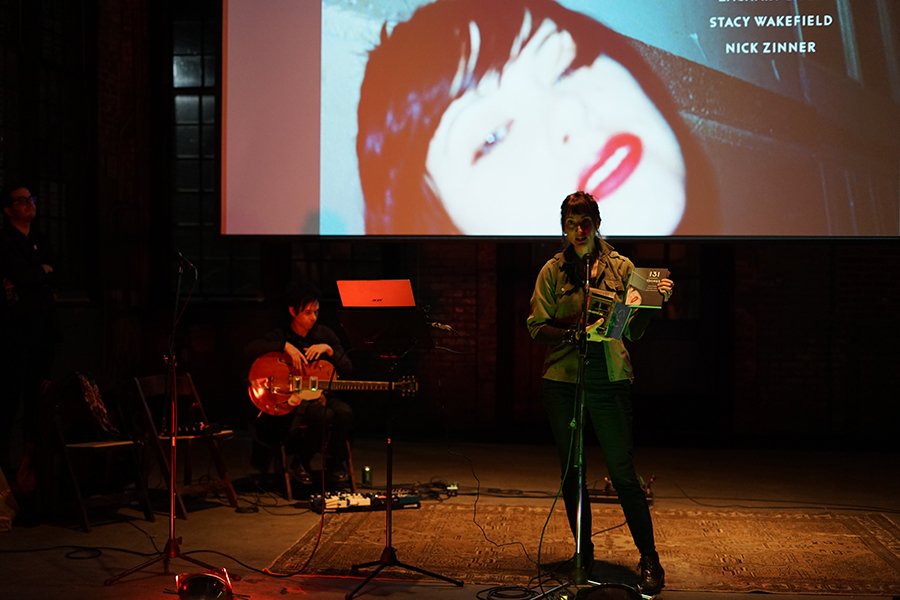 Over the next two years, Basilica will redouble our efforts to provide free community space, and to expand our free programs and regional partnerships by taking on the immediate climate and energy crisis our planet faces. Help us expand our programming into 2019 and beyond by contributing to our programs, or by becoming a Basilica Member.