Thanks to new support in 2018, we were able to make our film program entirely FREE for the first time since we opened, inviting audiences to experience the power of the big screen at no cost to attendees. Our Basilica Non-Fiction Screening Series focused on showcasing diverse stories from one of a kind voices, from a special preview hometown screening of Daniel McCabe’s unflinching, affecting This Is Congo to Stephanie Wang-Breal’s intimate, intricate Blowin’ Up, with many filmmakers joining us in discussion following the screenings.

Young film-lovers were also represented in new partnerships with both the Hudson Area Library and Albany youth filmmaking organization Youth FX and NeXt Doc. Meanwhile, our family matinee series was expanded thanks to a new collaboration with the New York International Children’s Film Festival, whose Kid Flicks series of international shorts kept us entertained through summer Sunday afternoons, including a special Spanish language program.

Special thanks to Second Ward Foundation for helping upgrade our viewer’s experience with the loan of their projector. 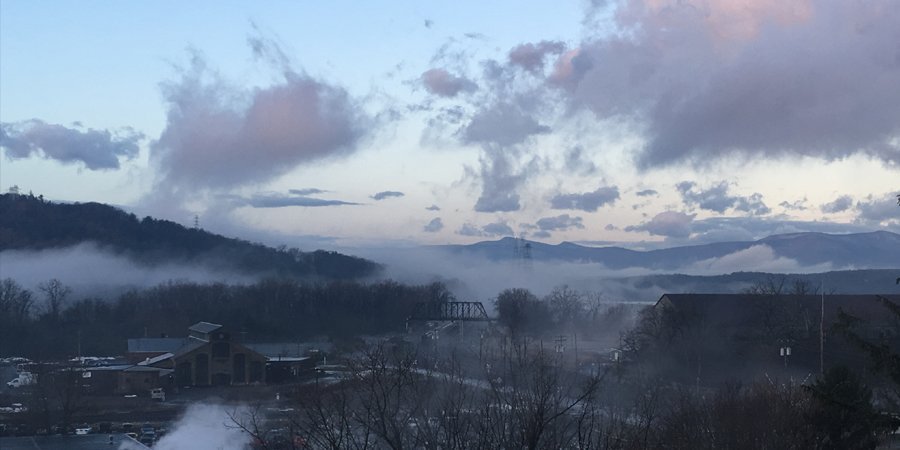 Hope On The Hudson

The health and future of our environment and the region in which we make our home is our key focus of this film and conversation series. We continued and expanded our partnership with National Geographic filmmaker Jon Bowermaster of Oceans 8 Films to present Basilica’s Hope On The Hudson Series, screening Jon’s stunning short films focusing on different threats to, and opportunities for, our region’s waterways. This series of events celebrates our region as the birthplace of the modern environmental movement, and highlights environmental advocates of the region, with the likes of Scenic Hudson, Riverkeeper, Hudson River Sloop Clearwater and Schooner Apollonia all tabling at previous events in the series.

Jon’s beautiful films paired perfectly with innovative minds of many environmental disciplines, and we were grateful to be joined by representatives of green energy, sustainable transport and others working for positive social, ecological and economic impact in conversation and exchange.

We were also joined in October by Woody Tasch, founder of the Slow Money Institute and pioneer of the sustainable, local and ecologically sound dream of ‘nurture capital’.

The series was also presented in partnership with our friends and neighbors at The Good Work Institute, a non-profit organization working to foster resilience and regeneration in the Hudson Valley of New York. 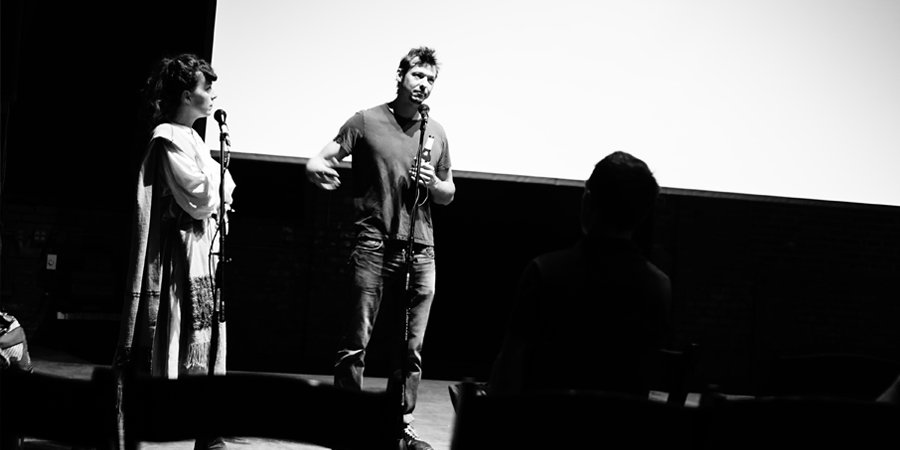 The Basilica Non-Fiction Screening Series, launched in 2016, celebrates the cross-cultural, educational potential of documentary filmmaking through free community screenings and discussions with filmmakers. In 2018 Basilica partnered with YouthFX and NeXt Doc, an Albany-based organization committed to training and inspiring the next generation of filmmakers. The series was focused on innovative documentary storytelling from filmmakers of diverse backgrounds.

As well as examinations of the political and humanitarian crisis in the Democratic Republic of Congo (Daniel McCabe’s This Is Congo) and a detailed, intimate look at innovative approaches to improving the prosecution of sex workers (Stephanie Wang-Breal’s Blowin’ Up), the young filmmakers of the NeXt Doc program also screened a genre-spanning selection of work by their own young filmmakers at their Who Got NeXt event. 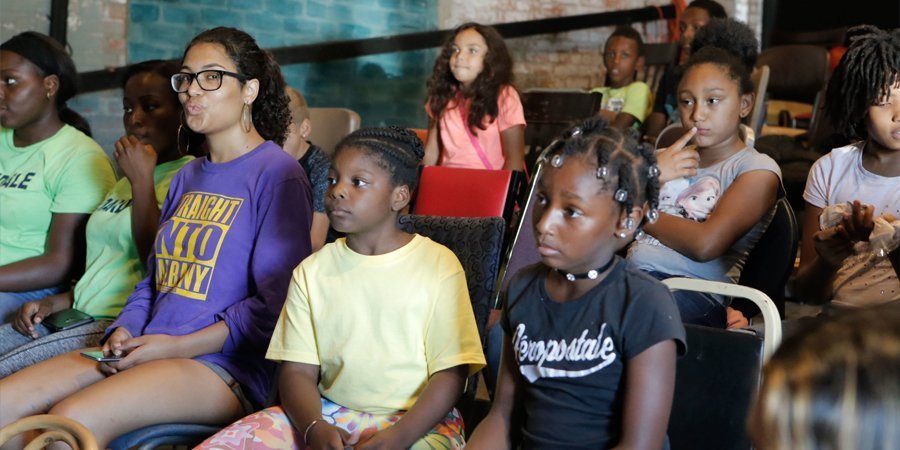 It is our belief that it’s never too early to get kids involved in the magic of film and the power of the big screen, and we were delighted to expand our regular Sunday afternoon family matinee series thanks to a new collaboration with the New York International Children’s Film Festival. NYICFF’s Kid Flicks series of international shorts kept us entertained through summer Sunday afternoons, including a special Spanish language program.

Alongside this expanded family matinee series, we also developed a new partnership with the Hudson Area Library, who joined us for a FREE public screening of the work created by Hudson tweens as part of their Hack The Library summer program, with support from filmmakers Zia Anger and Theo Anthony.

Hudson Area Library also organized a series of field trips for local youth organizations to join us for special screenings of the Kid Flicks program. As well as the opportunity to enjoy the shorts, kids from Hudson Youth Center, Greater Hudson Promise Neighborhood and Hudson Area Library’s own summer programs were also treated to a special musical performance by the young minds participating in 2018’s Social Justice Leadership Academy, organized by our neighbors at non-profit education center Kite’s Nest.

We also developed new partnerships with both Perfect Ten after-school program and Columbia Greene Community College to launch a new youth employment program, training up Hudson teens to assist with the production and front of house service at our screening series. 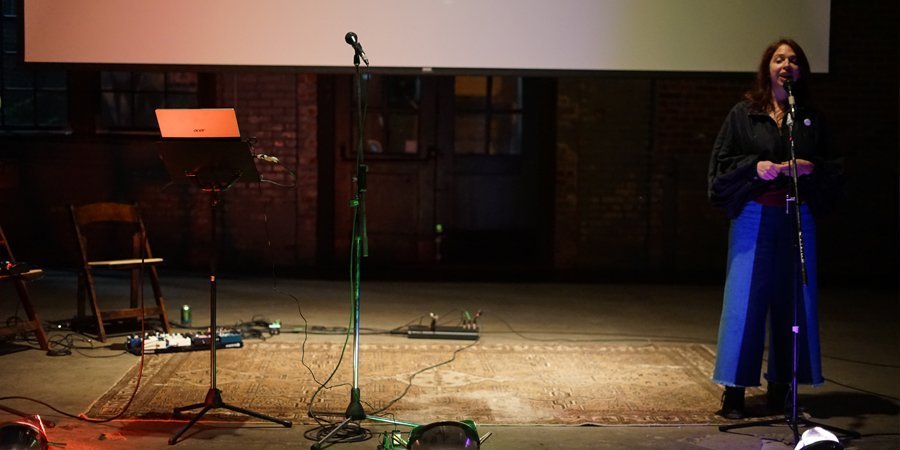 We closed out our 2018 season of film with a special one-off event commemorating and paying homage to NYC’s underground downtown music scene with a free screening of Laura Parnes’ hybrid documentary Tour Without End.

As well as joining us for a Q&A following the film, Laura’s film was screened alonside a multi-disciplinary, multimedia performance by musician and photographer Nick Zinner (Yeah Yeah Yeahs), writer Zachary Lipez and book artist Stacy Wakefield. The trio stopped off at Basilica as part of the book tour for their new photo book/novella 131 Different Things.

Basilica Hudson is proudly multidisciplinary, and we were glad and grateful to be able to bring together artists and friends of different disciplines for this special, season closing FREE event.

Over the next two years, Basilica will redouble our efforts to provide free community space, and to expand our free programs and regional partnerships by taking on the immediate climate and energy crisis our planet faces. Help us expand our programming into 2019 and beyond by contributing to our programs, or by becoming a Basilica Member.

SUPPORTERS: Basilica Hudson’s Film and Media program is generously supported, in part, by the New York State Council on the Arts with the support of Governor Andrew M. Cuomo and the New York State Legislature, and the Alexander & Marjorie Hover Foundation. And by a grant from the Fund for Columbia County, a fund of Berkshire Taconic Community Foundation. Basilica Film Screenings are made possible, in part, by a generous in-kind projector loan from Second Ward Foundation.