Part 4 of 4. For a short review of our whole season, please click here. 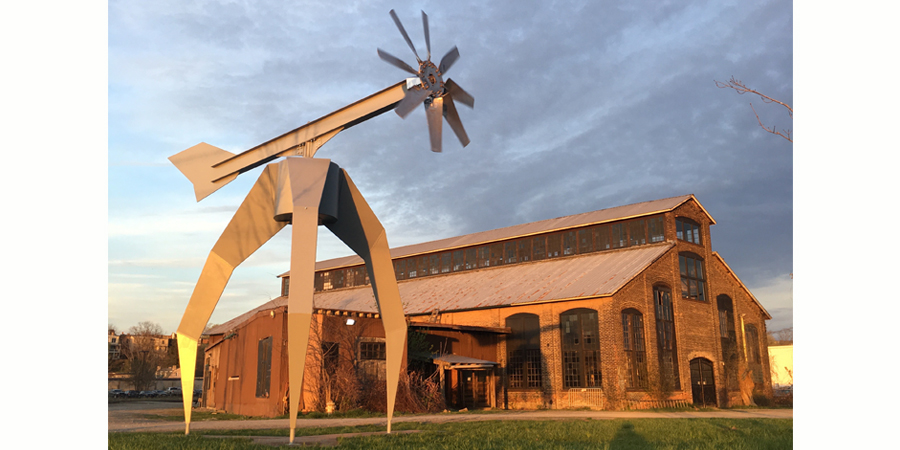 From the Back Gallery to the Basilica rafters, every space in our industrial factory was filled with art this season. A striking wind-powered steel structure was installed on the Basilica grounds, set against the magnificent backdrop of the Catskill mountains. Artists brought sculpture, zine wallpaper, portraits, performance art and protest signs to Basilica SoundScape, and helped us raise flags and funds for art and freaks at (FREAK) FLAG DAY.

Hudson’s artistic talents joined us for Basilica Farm & Flea at the Basilica Art Shop, while Jimbo’s Airbrush Hut brought a taste of the Jersey boardwalk to Hudson. Our river city’s thriving emerging artist community was also on display in our Back Gallery, with a Bright Future Group Show, photorealist portraits, feminine sensuality, Tragic Instants and musings on truth and fiction in the current political landscape. Our dancer-in-residence returned with a mesmerizing performance for three dancers staged across one spectacular weekend. 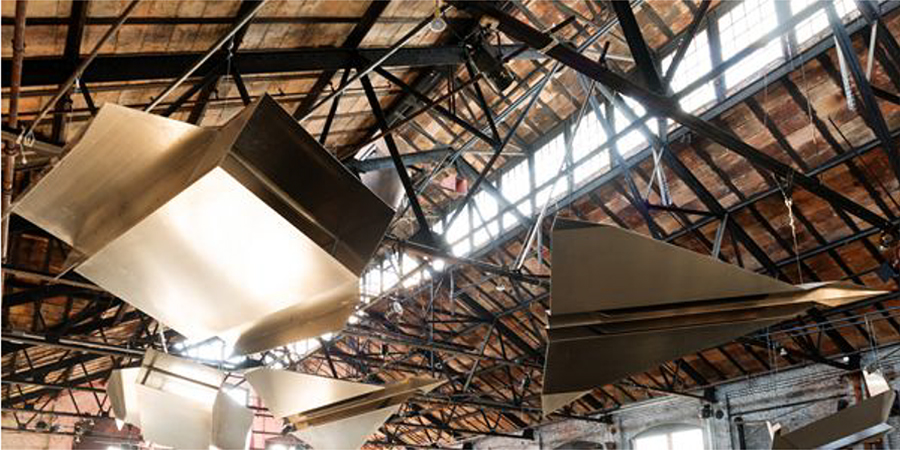 Visual art, performance and literature intertwined at our annual weekend of music and art, with revolutionary voices from all manner of disciplines coming together in protest and communion. From creative director Mike Renaud’s gothic graphic art vision for this year’s happening, to LikeMindedObjects’ Airstream filled with the work of Hudson Valley makers, art filled every corner of Basilica SoundScape, presented in collaboration with The Creative Independent. Acclaimed sculptor Marianne Vitale transformed Basilica Hudson’s Main Hall rafters with a fleet of large-scale aluminium sculptures inspired by the classic paper airplane form and installed a ready-made stage backdrop crafted from vintage parachutes. 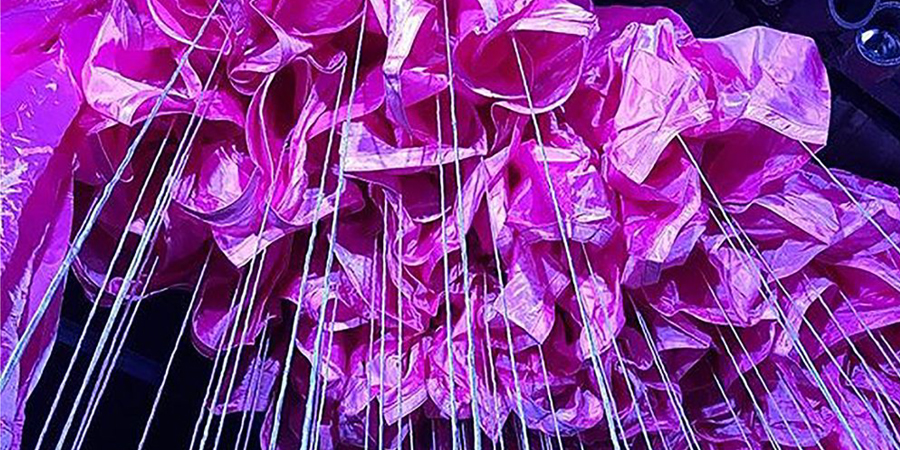 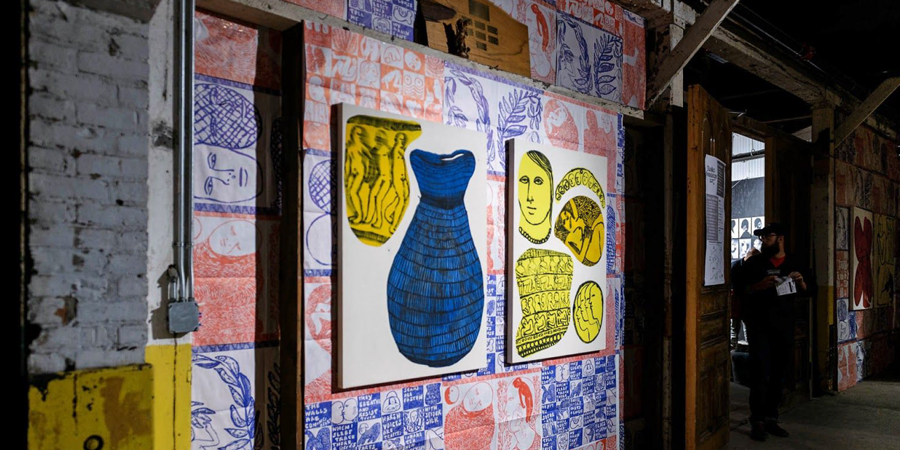 Performance artist Naama Tsabar presented her hyper-intimate Untitled (Double Face), in which two guitars are joined to create one instrument for two performers. Taeyoon Choi led SoundScape attendees in a series of protest sign-making workshops, encouraging us to create personal protest signs that gave voice to our thoughts and body to our message. Legendary political poet Eileen Myles read from her latest work Afterglow: A Dog Memoir. Amy Rose Spiegel read from Action: A Book About Sex. Morgan Parker read from the acclaimed There Are More Beautiful Things Than Beyonce. Darcie Wilder read from her revolutionary short-form flash non-fiction literally show me a healthy person. Patty Schemel read from her autobiography Hit So Hard. Punk Professor Vivien Goldman performed alongside reggae outfit Dubistry. 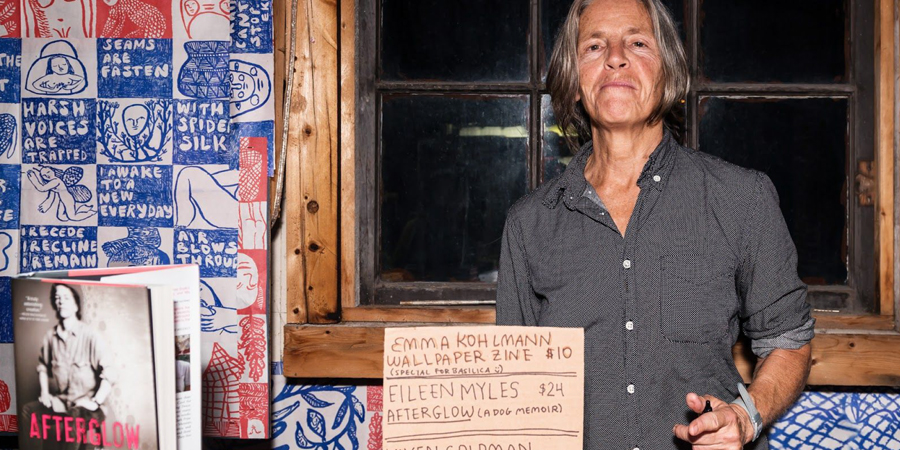 The revolutionary voices of our SoundScape family also continued their international journey with a number of overseas satellites in the UK, the Netherlands, Canada and Sweden, with a reading by Meredith Graves among the voices heard at our Dutch satellite event at Le Guess Who? Festival. 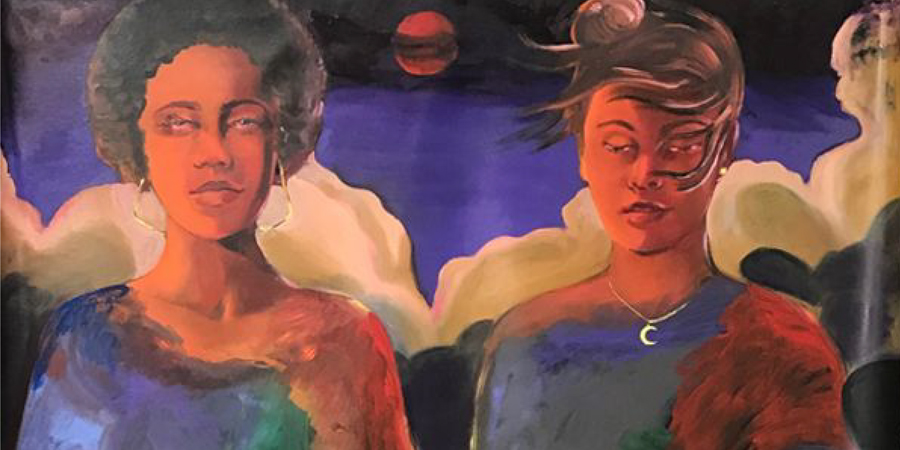 We hosted an Artist in Residency Series in our Back Gallery, inviting local artists to explore our location as muse and to spend time in the space creating work inspired by the eclectic past and present of this river city. Painter Haley Josephs explored the mysteriousness of the Catskill mountains and the surrounding Hudson Valley within the realm of feminine sensuality. Catskill-based artist Alon Koppel explored notions of truth and fiction with Make Art (Great) Again, an exhibition which touched on the aftermath of the 2016 election. 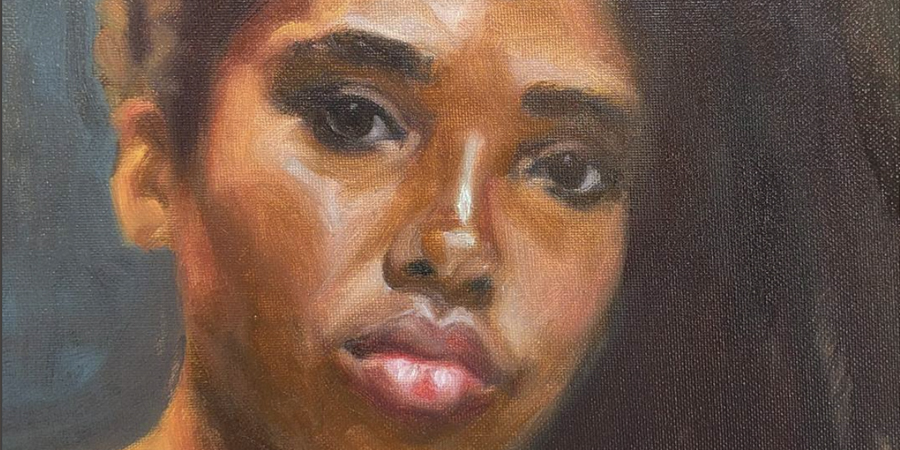 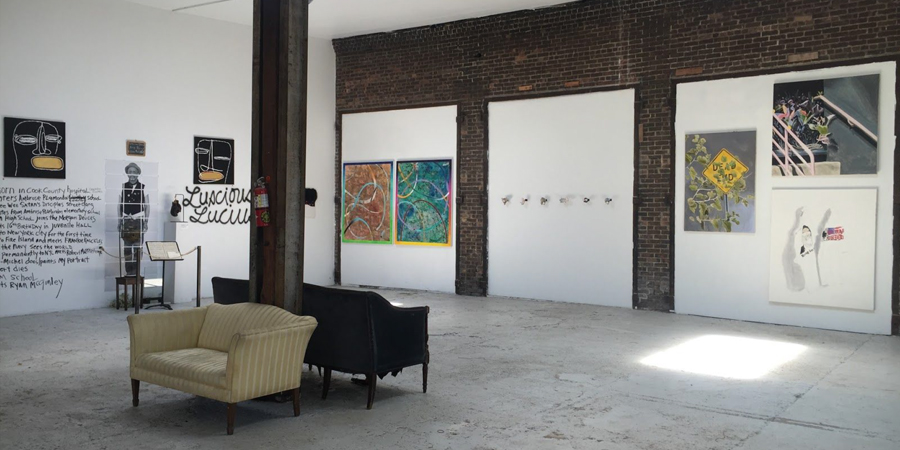 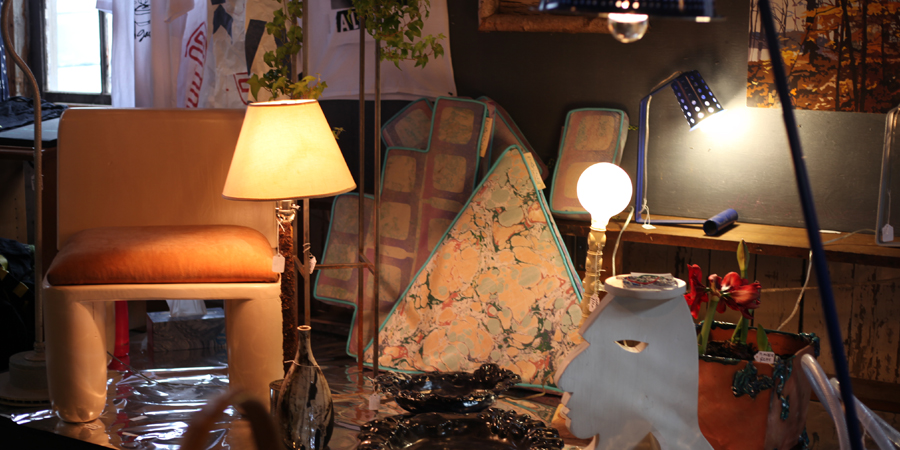 Local art was at the core of every Basilica program this season. Basilica Farm & Flea Holiday Market saw the launch of the Basilica Art Shop, with art on display from the likes of Jack Walls, LikeMindedObjects, Objects N The Round, Nancy Barber, Brett Miller and Bill Stone, while Jim Krewson returned with Jimbo’s Airbrush Hut, bringing a taste of the Jersey boardwalk to Basilica’s Green Trailer. Dave Cole presented his vast Flags of the World for (FREAK) FLAG DAY, our annual counterpart to Hudson’s annual Flag Day parade. 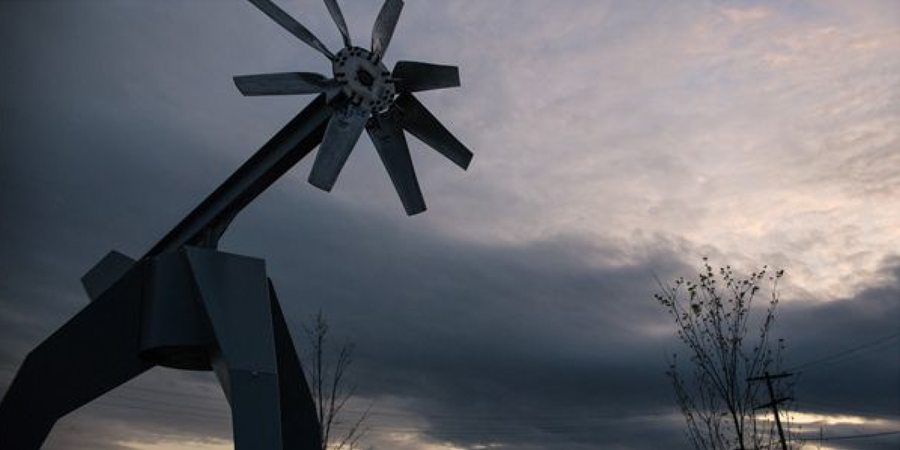 Just in time for the start of our 7th season, our friend, neighbor and frequent collaborator, sculptor/metal worker Kris Perry installed a monumental kinetic sculpture, Revolution, on the southwest corner of the Basilica grounds. Its vast propellor is, in fact, a fan-blade assembly salvaged from an industrial cooling tower which Kris came across in a scrapyard in Northern California. With the Catskill mountains as backdrop, the piece is particularly striking at sunset against the magnificent Hudson Valley skies. 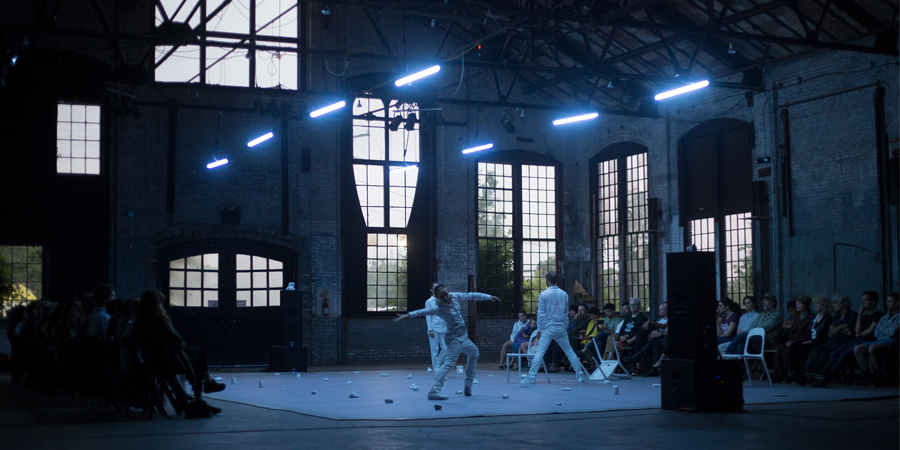 Choreographer Jonah Bokaer is the pioneer of dance at Basilica Hudson. He was the first to bring the art of dance to our reclaimed factory during our inaugural year of programming, before returning in 2014 when he workshopped and performed his highly acclaimed Eclipse. We were thrilled to welcome his singular vision back for 2017 with a weekend-long performance run of his repository piece Occupant, created in collaboration with visual artist Daniel Arsham, whose stark plaster cast sculptures of everyday objects formed a striking setting for the movement of the three performers. The work was inspired by Edward Albee’s 2001 play of the same name, which staged the now-dead, wildly flamboyant sculptor Louise Nevelson against an anonymous interviewer for posthumous questioning. Music for the piece was created by leading Japanese electronic composer and sound artist Ryoji Ikeda. 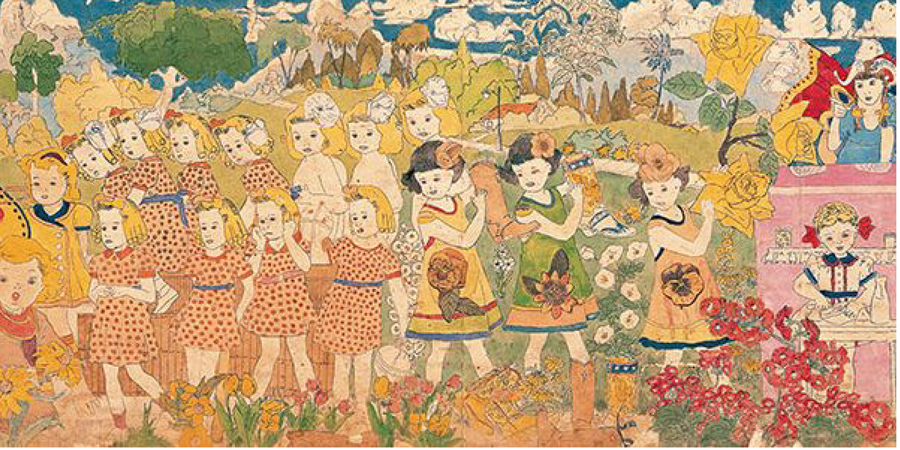 The festival of food and literature returned for a second year, produced in collaboration with the Community of Literary Magazines and presses. READ & FEED’s literary programming was anchored around the 90th birthday of Hudson poet John Ashbery. We viewed the work of outsider artist Henry Darger which inspired Ashbery’s novel-length poem Girls On The Run, performed over the course of a marathon reading by a selection of poetry luminaries. Acclaimed and award-winning poets Simone White and Latasha N Nevada Diggs read their work from the Basilica rafters to an audience enjoying a marketplace of independent literary publishers and the food of celebrated chefs.