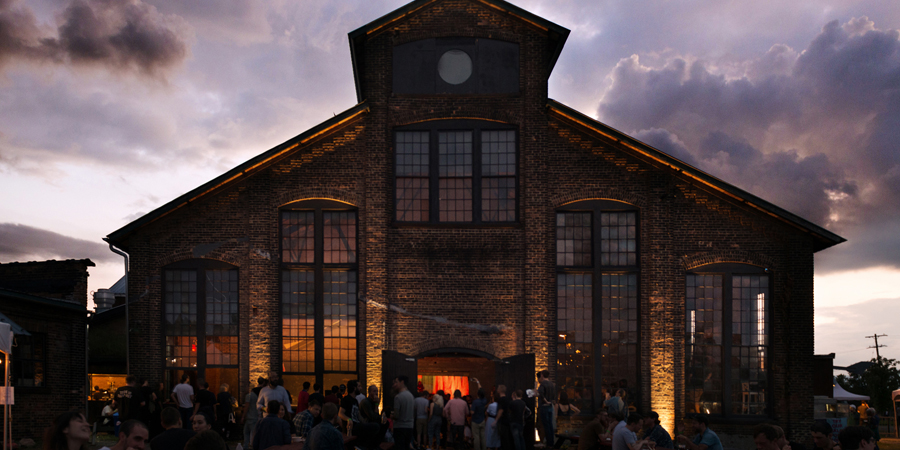 Basilica Hudson welcomed people of all walks of life and art to our industrial factory in 2017, with film, music, conversations, visual art and performance fueling a season of experimentation, ritual and exchange. We are committed to offering a platform for independent voices, and cultural and environmental sustainability anchors our program.

In the meantime, THANK YOU to every single person who stepped through our doors. You were part of reclaiming and transforming this historic place of industry into a communal place of exchange.

Here are some highlights: 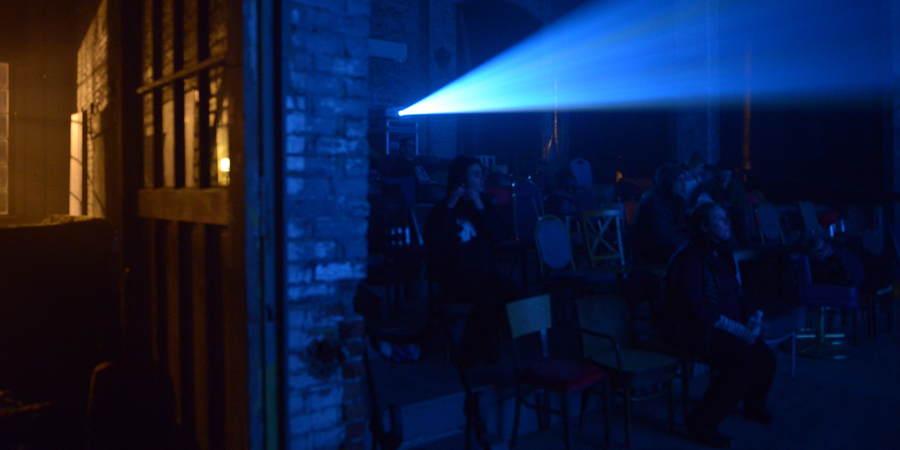 From documentaries to video installations, film is at the core of Basilica Hudson. We book-ended our 2017 season with a series examining the environmental threats to the Hudson River, as Jon Bowermaster’s Hudson River Stories gave us the opportunity to learn about how we can better serve our region and environment. 2017 continued our valuable collaboration with True/False film festival’s Chris Boekmann, which gave us illuminating and vital documentaries that informed us on diverse national and global issues. From Sabaah Folayan’s examination of the tireless activists born of the Ferguson uprising in Whose Streets? to Jonathan Demme’s tale of his revolutionary Cousin Bobby. A number of visiting directors joined us to discuss their work, including Hudson new resident Theo Anthony, creator of acclaimed documentary Rat Film.

Media and new technologies also brought color and light across our programs, from NYC duo Trouble’s transformation of Basilica’s rafters at 24-HOUR DRONE, to visuals by local artists Rebecca Becker at Basilica SoundScape and Logan Visscher at (FREAK) FLAG DAY. Immersive VR by Flatsitter transported (FREAK) FLAG DAY-goers to an upstate town populated exclusively by mediums, while projections at READ & FEED gave us insight into the world of outsider artist Henry Darger. 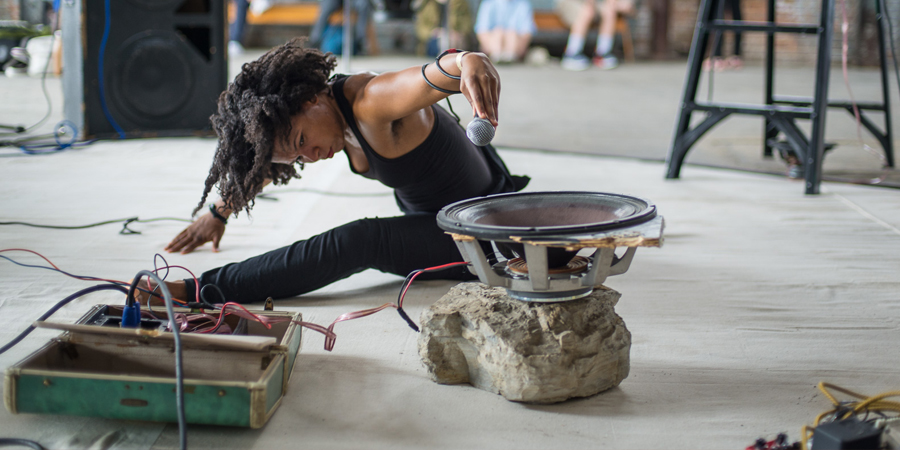 With our two annual music festivals at the heart of our large-scale rituals, we were delighted to welcome revolutionary voices of many musical styles to the Basilica stages for 2017. Twenty-four hours of uninterrupted sound opened our season of music as we shared 24-HOUR DRONE with artists and experimenters from across the musical spectrum, from sitarists to suspended guitars, with appearances by Lee Ranaldo, Roddy Bottum and many more. Later, as fall set in over the Hudson Valley, Basilica SoundScape was a major celebration of music, art and literature in its most revolutionary forms, from the gripping words of Moor Mother to the political poetry of Eileen Myles to the heart-wrenching neo-gospel of serpentwithfeet.

In July, The National brought friends from near and far in celebration of their new album, playing in the round to an international audience, accompanied by bands including local friends Buke & Gase and Bard College-based Sō Percussion.

International talents and global instrumentation came together for Art Omi’s Guerrilla Basilica Improvisations, filling a warm Sunday afternoon with fully improvised chance collaborations. For the third year, Music From High Peaks returned, providing an evening of chamber music unlike anything else in the Basilica Hudson calendar.

Read our full review of 2017 in Music here 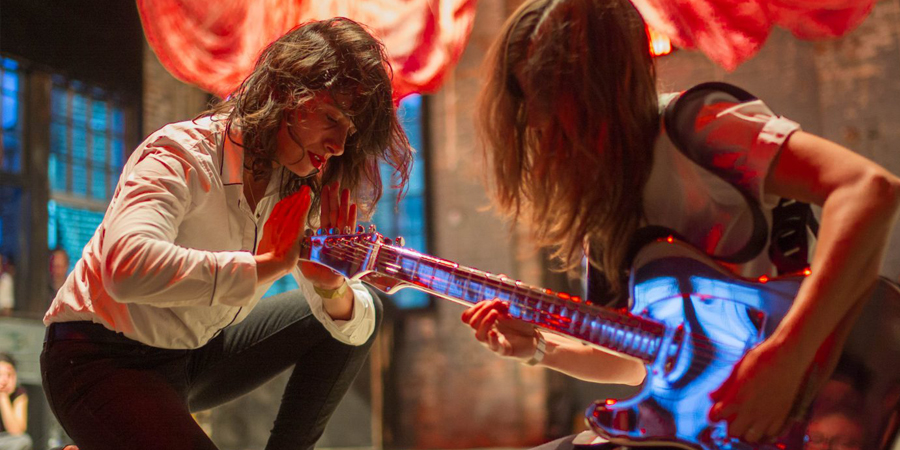 From the Back Gallery to the Basilica rafters, every space in our industrial factory was filled with art this season. Sculptor Kris Perry installed Revolutions on the Basilica grounds, a striking wind-powered steel structure set against the magnificent backdrop of the Catskill mountains.

Read our full review of 2017 in Art here 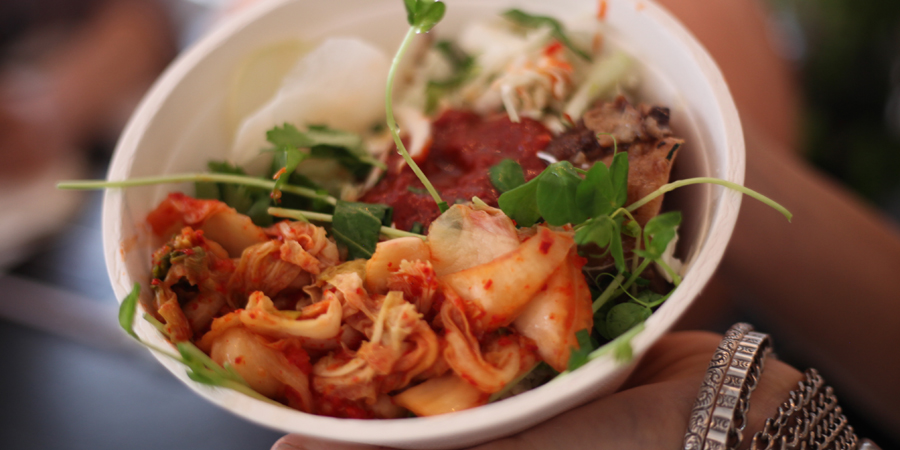 Our seventh season saw collaboration abound, with community partners playing a vital role across all Basilica programs. It was of utmost importance for Basilica to have environmental advocates including Riverkeeper and Scenic Hudson and green companies including Green Mountain Energy and Zero To Go among the voices heard this past year. Our concern for the environment ties into our support of local farmers and chefs (to say nothing of the many hard working women at the helm!), which is expressed in our valued and continued work with the talented chefs from Alimentary Kitchen and Raven & Boar fuelled us through Farm & Flea, with Alimentary Kitchen also providing unforgettable meals at 24-HOUR DRONE and SoundScape.

The Community Kitchen was one of the keystones of the second READ & FEED festival of food and literature, bringing together chef Rohan Kamicheril and the girls of Hudson after-school club Perfect Ten, while poets Simone White and LaTasha N Nevada Diggs cooked up salmon and collard greens.

Hudson’s community-run radio station WGXC and Wave Farm returned with a live stream and record fair for the devotees of sound communing with us at 24-HOUR DRONE. Shanekia McIntosh and Joey De Jesus introduced a new free element to Basilica SoundScape with The Triptych: Protest. Prayer. Peace. a thoughtful, experimental way to close out our weekend of bold personal and political voices.

Read our full review of 2017 in Food + Community here