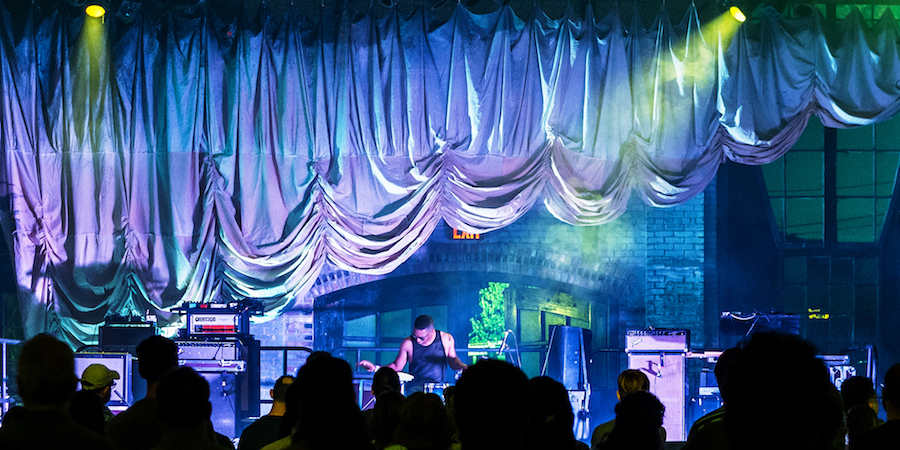 We introduced three brand-new Film + Media screening series alongside the return of our summer flicks; Music reverberated louder and longer than ever in our industrial church; Art of all disciplines from all walks of life was on view and ready for interaction; and we redoubled our dedication towards our Food + Community,  supporting environmental and economical sustainability. Stay tuned in early 2017 for a full recap of all that went down in our industrial church this past year. In the meantime, here are some highlights…

2016 was a landmark year for film + media at Basilica, with a fair amount of firsts! From 24-HOUR DRONE once again warming up projectors and 1980s CRT TV monitors at the start of the season thanks to our event collaborator Second Ward Foundation, and our first video art commission by Alon Koppel, to the wide variety of feature films in our annual Summer Screenings series (including HOMELAND, a five-hour endurance documentary about the US-led Iraq invasion of 2002, and a visit from a celebrated underground art house filmmaker Charles Atlas with a screening of his classic ALL HAIL THE NEW PURITAN), to the brand-new Non-Fiction Screening series featuring timely takes on global issues alongside PETER AND THE FARM, a portrait of a farmer by Basilica’s own Tony Stone, to two new and free community mini-series that brought Bollywood and classic kids’ flicks to local audiences, to Kiln Films, our steadfast-and-strange collection of under-the-radar films and videos installed inside Basilica’s former forge and foundry brick kiln, which paid homage to cultural monoliths of the human and nonhuman variety such as Tony Conrad and and ancient standing stones. 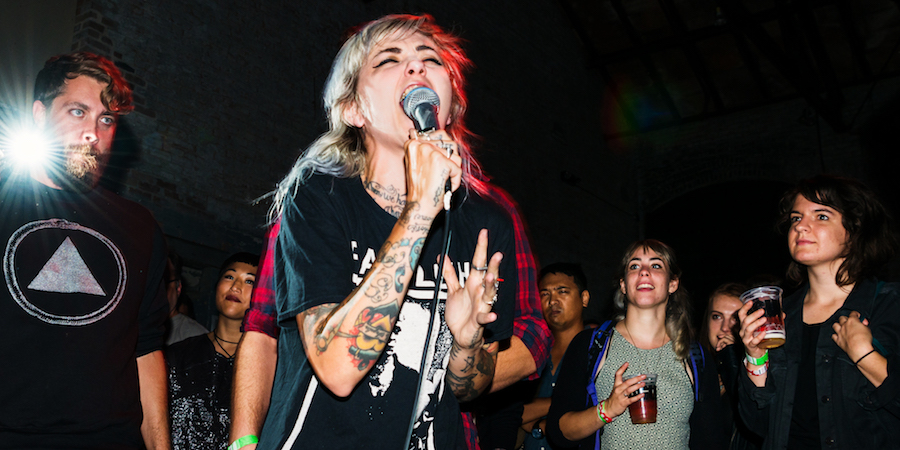 Our industrial cathedral was awash in sounds of all stripes this year as we presented pioneering people such as Rufus Wainwright and Amanda Palmer, and delighted DRONE devotees with our second annual 24-HOUR DRONE: EXPERIMENTS IN SOUND AND MUSIC, the spring answer to early autumn’s Basilica SoundScape, which turned five years old with a brand new partnership with Brandon Stosuy’s new project The Creative Independent. Sound art and music co-mingled to points beyond recognition in a marathon reading of John Cage’s Diary: How to Improve the World (You Will Only Make Matters Worse), co-presented with the Community of Literary Magazines and Presses and The John Cage Trust and broadcast by Wave Farm / WGXC as part of our new Read & Feed event, as well as in an exhibition of sonic academic inquiry by the Columbia University Sound Art MFA program and a holiday procession of old-school cassette boomboxes — Phil Kline’s Unsilent Night — courtesy of partner the Hudson Opera House. And our annual (FREAK) FLAG DAY expanded into an all-day-all-night celebration of music, dancing and community.

Six years in, we were excited to host our first official visual Artist in Residence, Dylan Kraus, who contributed in many ways — exhibition curation, one-of-a-kind 24-HOUR DRONE merch, tattoos (!) — to our 2016 season. Magical Trailblazing Woman of Dance Twyla Tharp graced our halls in a pre-season call to arms (and legs). Our Back Gallery hosted more exhibitions in succession than in ever before, giving rise to an official Back Gallery Series, featuring James Concannon + Jack Walls, Dylan Kraus + Rose Salane, Marc Swanson + Jeff Bailey Gallery, and documentary photographers Atish Saha + Bryan MacCormack. Our annual events saw an increased visual presence overall, in all nooks and crannies in and around Basilica — sometimes spilling out into the streets beyond! We hosted a powerful triad of female artists twice over — first in a Darkwave Comedy Hour at (FREAK) FLAG DAY: Annie Bielski, Alexandra Tatarsky and KIZU and then again at Basilica SoundScape: Cal Lane, Lisa Laratta and Heather Benjamin. And the beloved, Brooklyn-born performance series CATCH came back up river to hang with us again. 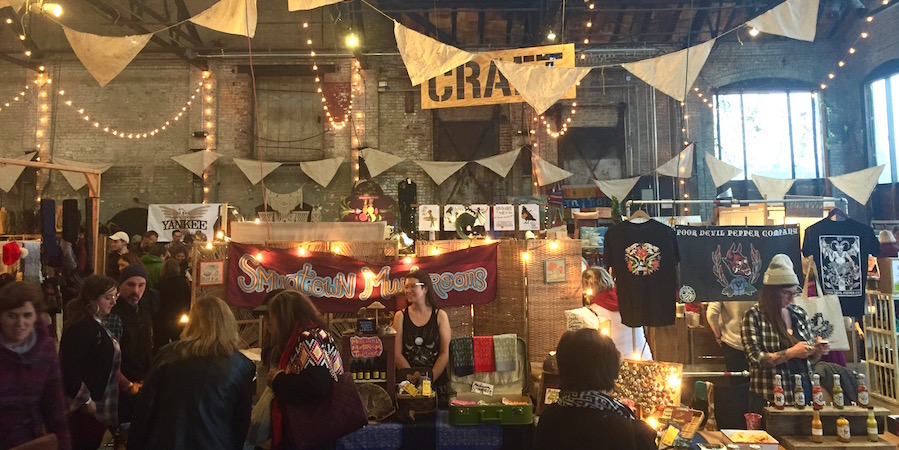 What a year for community! Double the Farm & Flea with the unveiling of the Spring Market on Mother’s Day weekend as bookend to our Holiday Market during Thanksgiving Weekend, a delicious pairing of Hudson Valley-made edibles on the rise at Hudson Valley Cider & Cheese Tasting and Market, co-presented by Glynwood, the debut of a new festival for food and literature called Read & Feed with our co-presenters the Community of Literary Magazines and Presses, free film screenings for old and young, the return of wunderkind jugglers from Gregory the Great Academy throwing fire around our industrial church like WHAT… and… the birth of Baby Basilica, an scale-model-turned-art-piece-turned-parade-float by local artist Matt Bua! We welcomed the return of Hudson’s Chamber of Commerce’s Buy Local Business Expo. And wait until you hear about all the carbon our  perennial supporter, Green Mountain Energy, has offset while being on-site… in our monument to industries past. Hooray for our tiny-but-mighty city nestled between the ancient Taconic foothills and the grand Hudson River!

Help us keep doing all of this and more in 2017… donate now!