Never did we dream that such a charismatic rule breaker as Alex Cox would appear at Basilica the same month as the “Pope of Trash” pioneer John Waters, to take our film programming to the next level! The Basilica film dream team was joined throughout our season by artists far, near, and in our own backyard: feminist icon Barbara Hammer, acute documentarian Salomé Lamas and acclaimed film and television director Michael Lindsay-Hogg. Forging connections between film, music and art, Basilica SoundScape included projections by Zia Anger, Maxwell Paparella, Nathan Corbin and Stephen G. Rhodes as part of the Kiln Films series. We also hosted a late night screening of Dead Poets Society in honor of the late Robin Williams, with an introduction by our friends from down the river, Neil Gaiman and Amanda Palmer, and co-presented by Secret Cinema, an organization which presents large-scale cultural experiences in abandoned spaces.

BASILICA SCOPE HIGHLIGHTS ALEX COX
BasilicaScope dedicated its entire run to the legendary director Alex Cox, with his cult classics Repo Man (genre-defying film combining punks, aliens, and automobile repossessors), Straight to Hell Returns (spaghetti Western comedy with mind-melting cast of Joe Strummer, Courtney Love, Jim Jarmusch, Grace Jones, and Elvis Costello) and Walker (hallucinatory biopic breaking all cinematic conventions). A visionary filmmaker who made the 1980s all the more bearable for us, Cox masterfully used pinpoint satire and a rambunctious stable of actors to illuminate the sleazy politics of the era. Cox was live in Hudson for the festival, which was co-presented by Rooftop films, and was interviewed about Walker with screenwriter Rudy Wurlitzer. (View here on YouTube!) 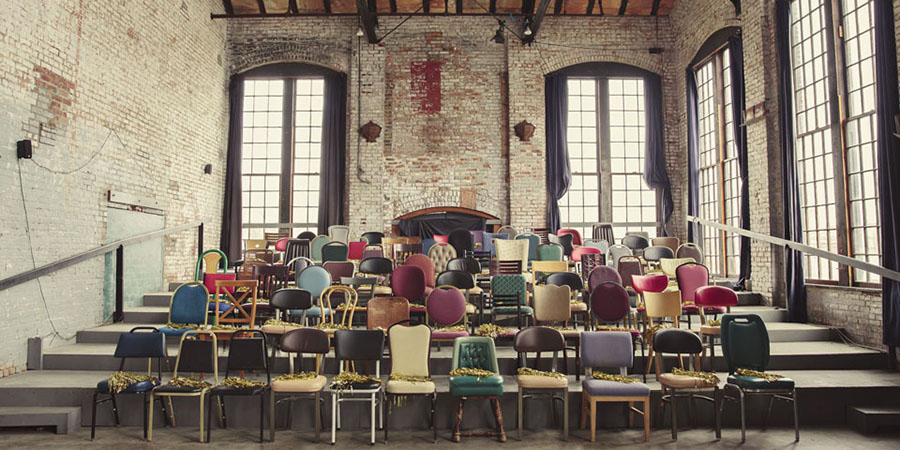 BASILICA SCREENINGS
Talented filmmakers lent their time and artistry to this year’s Basilica Screenings series presenting new and repertory narrative features, documentaries, experimental films, video and media art. Our commitment to bring film to the Hudson waterfront, and featuring such artists as Barbara Hammer, Salomé Lamas, and Gregory J. Markopoulos, was further solidified in its third year thanks to the thoughtful programming of curator Aily Nash.

We were honored to host the feminist icon Barbara Hammer, one of the brightest and most significant lesbian avant-garde filmmaking voices of our time. On Hudson Pride Day, we screened her Dyketactics with other seventies-era films, followed by a Q&A. Hammer was one of many talented filmmakers who lent their time and artistry to 2014 Basilica Screenings, a series presenting new and repertory narrative features, documentaries, experimental films, video and media art.  Exploring themes of utopia and collective living, the Colony of Light film collective put forth two programs of recent work, including Ben Russell’s film A SPELL TO WARD OFF THE DARKNESS. 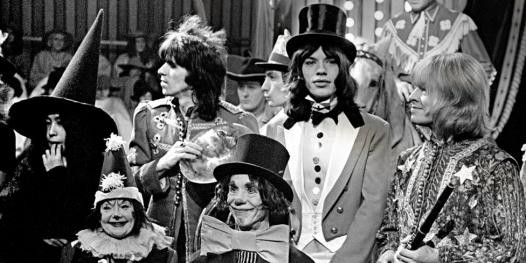 MICHAEL LINDSAY-HOGG
In a rare evening with acclaimed film and television director, artist and author Michael Lindsay-Hogg (The Normal Heart, The Beatles’ Let It Be, Brideshead Revisited, etc.) Basilica screened The Rolling Stones’ Rock and Roll Circus, created by Mick Jagger and Lindsay-Hogg, and starring Jethro Tull, Taj Mahal, Marianne Faithful, The Who, Eric Clapton, John Lennon, Yoko Ono and The Rolling Stones. This long-suppressed classic was shot over two days in December 1968 and was not seen by anyone for 28 years until it was rescued and screened at The New York Film Festival to great acclaim. Michael also did a reading and book signing of his memoir, Luck and Circumstance, in collaboration with The Spotty Dog Books & Ale.