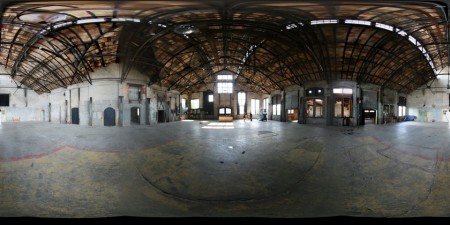 Once again we close our doors and buckle down for another Hudson Valley winter and begin to plan our 2013 season.  In looking forward, we would like to take a moment to look backwards and celebrate our 2012 season and all that has happened under (and sometimes above and around) our big factory roof.  From being voted Best New Venue by our friends at Metroland, to welcoming over 10,000 people through our doors, we thank everyone for their continued support and participation in what we hope will be a longterm anchor in Hudson Valley Cultural and Community life. 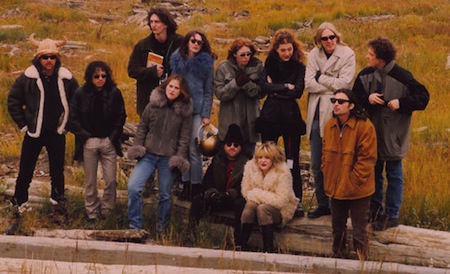 Basilica Hudson opened its 2012 season on Easter Sunday, with a truly unique book reading and film screening featuring two true stories of life, death and survival in and around two seminal 1990s rock bands, Nirvana and Hole. This intimate evening included an in-person reading by Hole lead guitar player and co-founder Eric Erlandson from his new book Letters to Kurt and a screening of the documentary film HIT SO HARD: The Life and Near Death Story of Drummer Patty Schemel as well as a special live performance by Melissa Auf der Maur, Patty Schemel and Eric Erlandson, who united musically for the first time in over a decade.

The second annual Ramp Fest celebrating the first forage-able green, spring delicacy, wild onion of myth and mystery, abundant in the Hudson Valley.  The ramp was the center of original dishes (Ramp poptarts! Ramp goat stew with whiskey!) created by chefs from upstate New York and the big city.  This year brought out over DOUBLE the amount of people that came last year. Next year promises to be even bigger and there will be more delicious food for all. For more information visit www.rampfesthudson.com.

Ramp Fest Is Coming And It’s So Close We Can Smell It, Gothamist 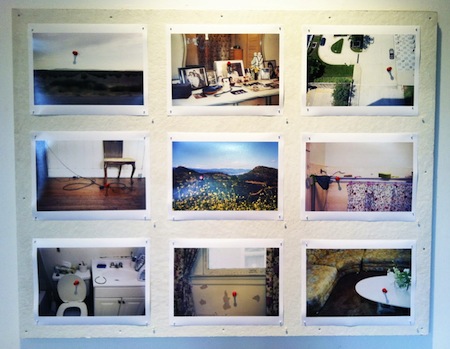 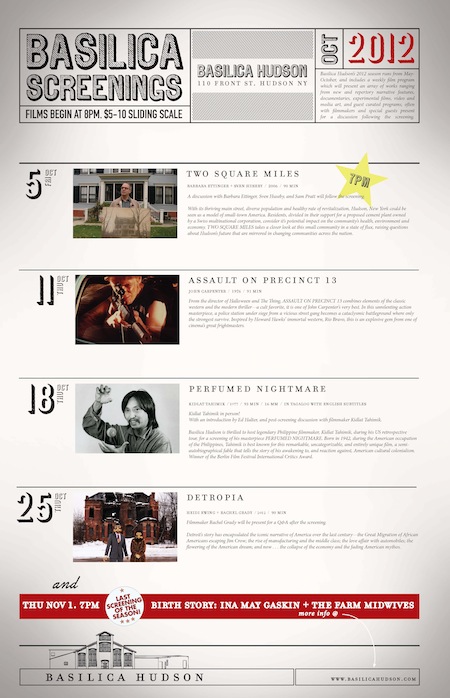 We are very proud to have kicked off our new Basilica Screening Series this year, which aims to present an array of works ranging from new and repertory narrative features, documentaries, experimental films, video and media art, as well as guest curated programs, often with filmmakers and special guests in attendance for a discussion following the screenings.  Special Guests this year included filmmakers Benny and Josh Safdie, a discussion between filmmaker Mike Plante and uncle Paul Plante (virtual), musician and filmmaker Brian Dewan, filmmaker Terri Hanlon, filmmaker Rainer Judd, filmmaker Juan Daniel F. Molero, filmmaker Albert Maysles (our most successful film screening of the season – with over 170 people turning out to honor the 86 year old filmmaker!), critic and curator Jake Perlin, filmmakers Barbara Ettinger and Sven Huseby,  critic Ed Halter and very special guest all the way from Thailand, filmmaker Kidlat Tahimik.  We are committed to the mission to bring film to the waterfront and bring avant garde cinema programming to the area. We are excited to have teamed up with local film curator Aily Nash who helped along with creative directors Melissa Auf der Maur and Tony Stone plan this year’s screenings.  We also had the opportunity to team up with the Donald Judd Oral History Project and the 2012 Oral History Summer School. Much more in the plans for 2013…. 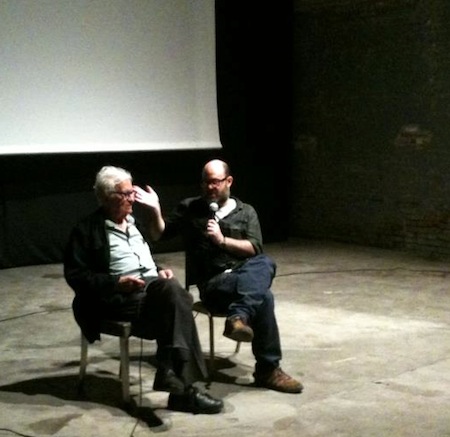 Speaking of teaming up….We are so thrilled to have worked with local record/ music peddler Dan Bunny aka Jean Deux aka DJ Daniel Bunny and our friends at WGXC. We kicked off the partnership with firework filled Freak Flag Day with WOODS + BLACK PUS, WGXC, Basilica Hudson presented ICON EYE and along with Jean Deux a collage of alternative music, with  200 YRS w/ Led eR Est, Rhyton w/ Mike Fellows, Lee Renaldo AND GY!BE. 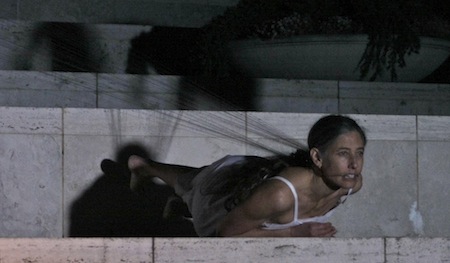 Performances by the highly innovative and charismatic dancers, Molissa Fenley, Jonah Bokaer (danced by CC Chang), Roxanne Steinberg and Maggie Bennett, presented and curated by choreographer Nina Winthrop.   This was a rare meeting of four extraordinary women with intriguingly contrasting styles and approaches.

BACK FOR SECOND YEAR! NADA 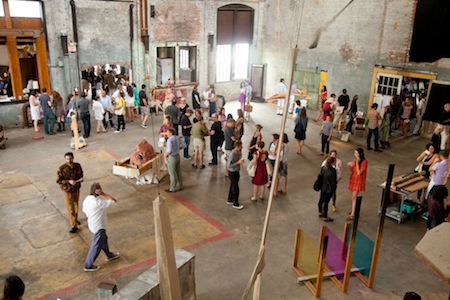 NADA Hudson was an exhibition featuring artist projects by NADA members and affiliates, is not an art fair, but rather a site-specific project organized by the New Art Dealers Alliance. The project builds upon the character of a historic venue, the Basilica Hudson, and showcases contemporary sculpture, installation and performance. This year, described as “slimmer” and “stronger”, galleries presented one piece by one artist within the Main Hall, as well as outdoor projects and performances. 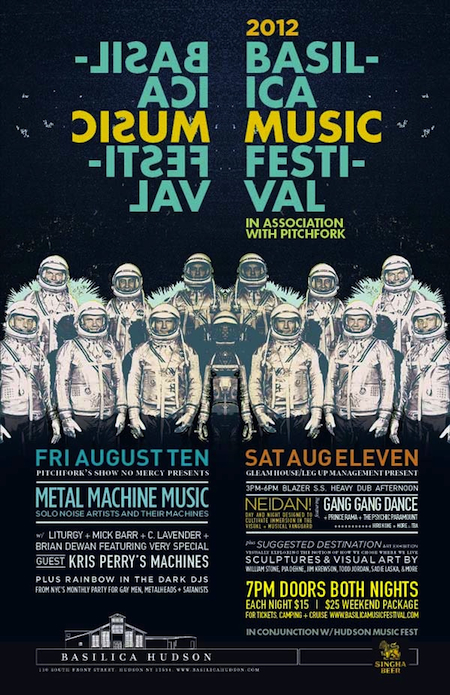 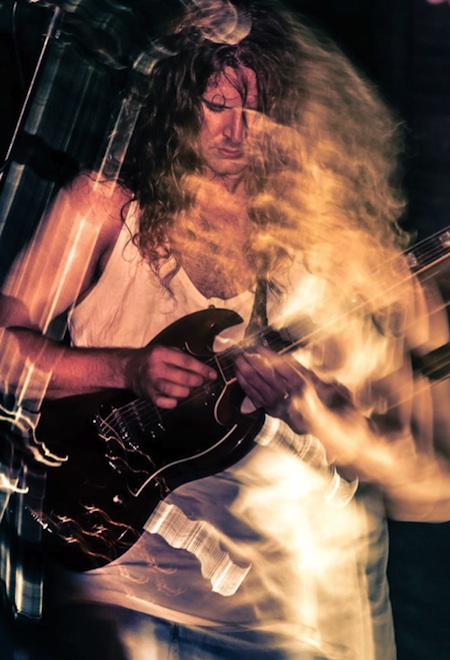 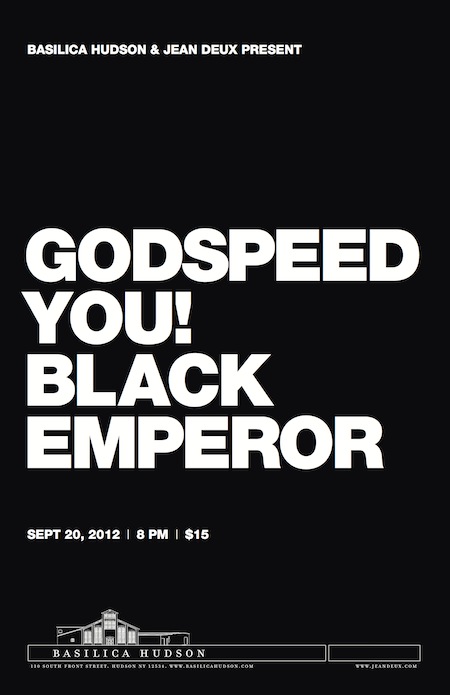 Over 700 people came out for this very rare upstate performance by this legendary clan of soundscape artists  hailing from Montréal with 16mm projectors and strings in tow.  This epic space sound combo was not to be missed and is sure to be remembered. 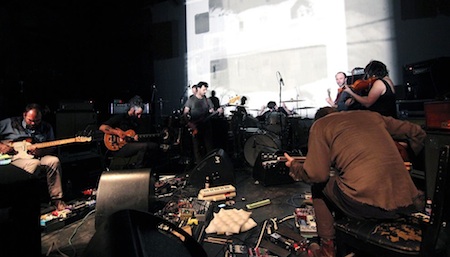 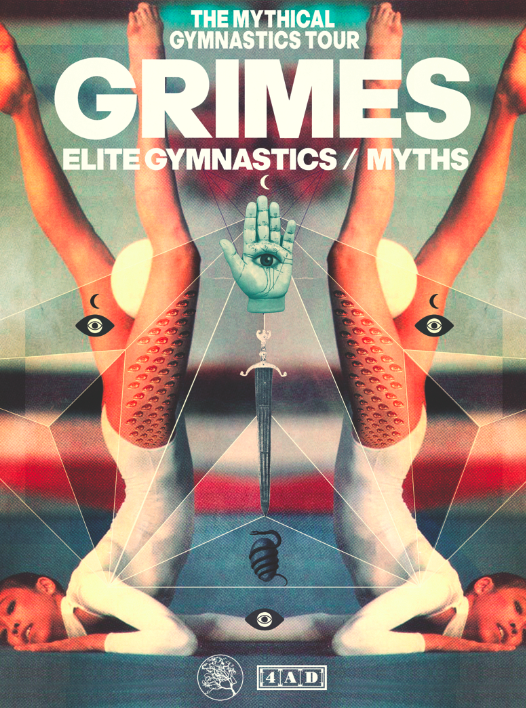 She came, she played, she concurred.  The enchanting electronic siren of the north, GRIMES and her acrobatic clan of elite myth makers.

An eerie marriage between Twin Peaks theme song and lo fi dark new wave dance machines.  We consider ourselves lucky to have hosted her in the Hudson Valley and under our mammoth roof, fresh off her summer tour with Skrillex and her European festival run.  And then everyone danced. 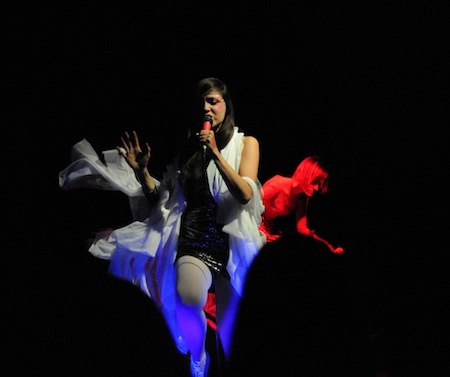 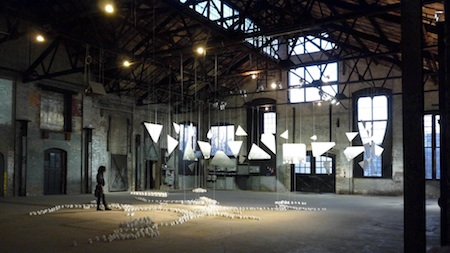 1,000 Sculptures by Laetitia Hussain was displayed in our Main Hall during our off season in the cold month of February. 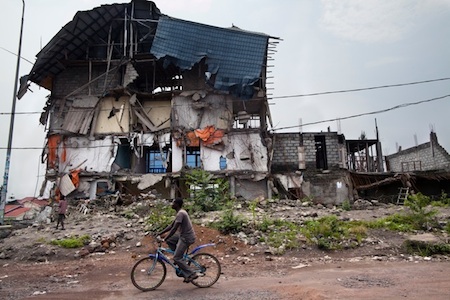 THIS IS CONGO was an evening consisting of Photography Exhibit and a sneak peak preview of the documentary film SHORTCUT TO HEAVEN with director and photographer Daniel McCabe and crew + Special Guest Filmmaker and Field Producer Horeb Bulambo.

Photography Exhibit featured images touching on Congo, its people, its conflict and its beauty.  Shot on location during the production of the film SHORTCUT TO HEAVEN, in the Democratic Republic of Congo (DRC) by photographer filmmakers Daniel and Michael McCabe.

For an up to date field report and to support   filmmaker Dan McCabe visit their kickstarter page here!: http://www.kickstarter.com/projects/thisiscongo/this-is-congo 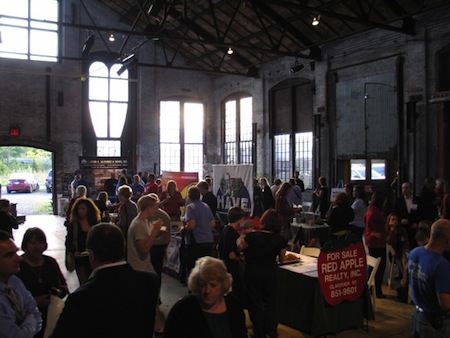 Photo courtesy of the Columbia County Chamber of Commerce

We are honored to have hosted a number of Community Galas and Events this year including the Hudson Habitat for Humanity Gala which honored the “2012 Builder of the Year” and brought in over 200 guests for dinner and the ceremony, The Hudson Opera House Annual Gala, The Columbia and Greene County Chamber of Commerce Buy Local Expo, Diata Diata’s production of Revival of the Fittest, The Hudson Teen Theatre’s production of Canterbury Tales, The Four Nations Chamber Ensemble and The African Masters Concert with Kon Koura Guinea Co., Wild Roses; Kuumba Dance and Drum Fusion.

We have hosted a number of weddings this season and been amazed every time by the way the space has been transformed in the honor of LOVE.  Whether it be sculptures in the rafters, antique bicycles or a handmade by the groom processional float,  we hosted the sacred ritual of tying the knot in fine fashion within these foundry walls. 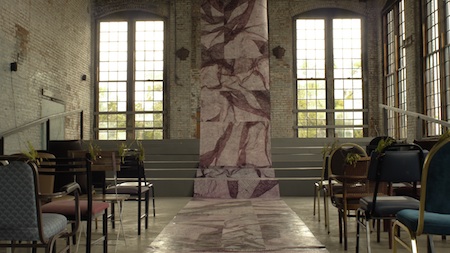 2013 is around the corner and we are hatching plans on how we can continue to serve the community and bring beauty and food for thought to our Hudson waterfront. Please stay tuned and we look forward to seeing you again next year. Please email this on to anyone you think should SIGN OUR MAILING LIST and know about our local art factory!

Happy holidays to you and yours

« We are now closed for the Season…
Basilica Hudson Season 3 »